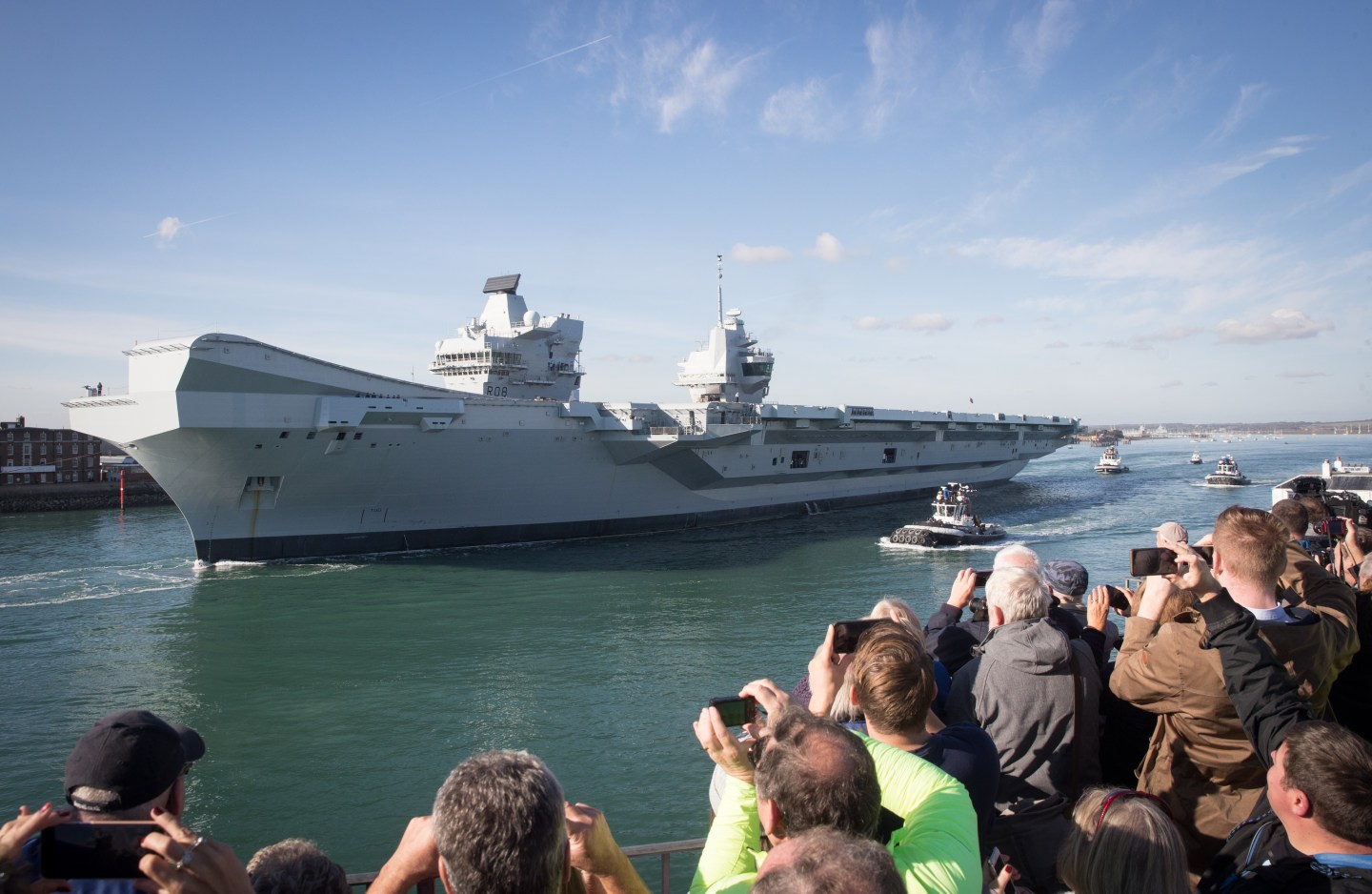 The largest ship Britain has ever built has a leak.

The HMS Queen Elizabeth, the first in a new class of aircraft carriers which took 3.1 billion pounds ($4.2 billion) and eight years to construct, has a faulty seal around one of its propellers.

This leak, which was discovered during sea trials, is not a serious — i.e. sinking — problem, but could be costly to repair. The faulty seal allows 200 liters of water (about the amount it takes to fill a standard bathtub) into the hull every hour that then has to be pumped back out of the 64,000 tonne craft.

Fascinating #infographic about the HMS Queen Elizabeth, the largest ever warship of the royal navy. It did cost over three billion pound, carries 38 aircraft and 66,000 sausages. https://t.co/VQ9B5BLqw8 pic.twitter.com/GooeSKGvqF

The defect does not prevent the craft from sailing and will not affect further sea trials, according to a Royal Navy spokesman.

The Navy likely knew about the leak earlier, but held off on announcing repairs until after a visit from the Queen of England on December 7 to commission the vessel.

The HMS Queen Elizabeth was built by the Aircraft Carrier Alliance, a grouping of British engineering companies BAE Systems and Babcock along with the United Kingdom division of the French Thales.

“This will be completed prior to the nation’s flagship re-commencing her program at sea in 2018,” BAE Systems said in a statement.

The cost of the repairs will be covered by the contractors who built the craft, British Defense Secretary Gavin Williamson said.

“This is the reason why we have the sea trials,” he said, “to make sure that everything is working absolutely perfectly. This is something that work is currently ongoing to deal with.”