Meet the Woman Behind DigiTour, the Social Media Star-Studded Festival 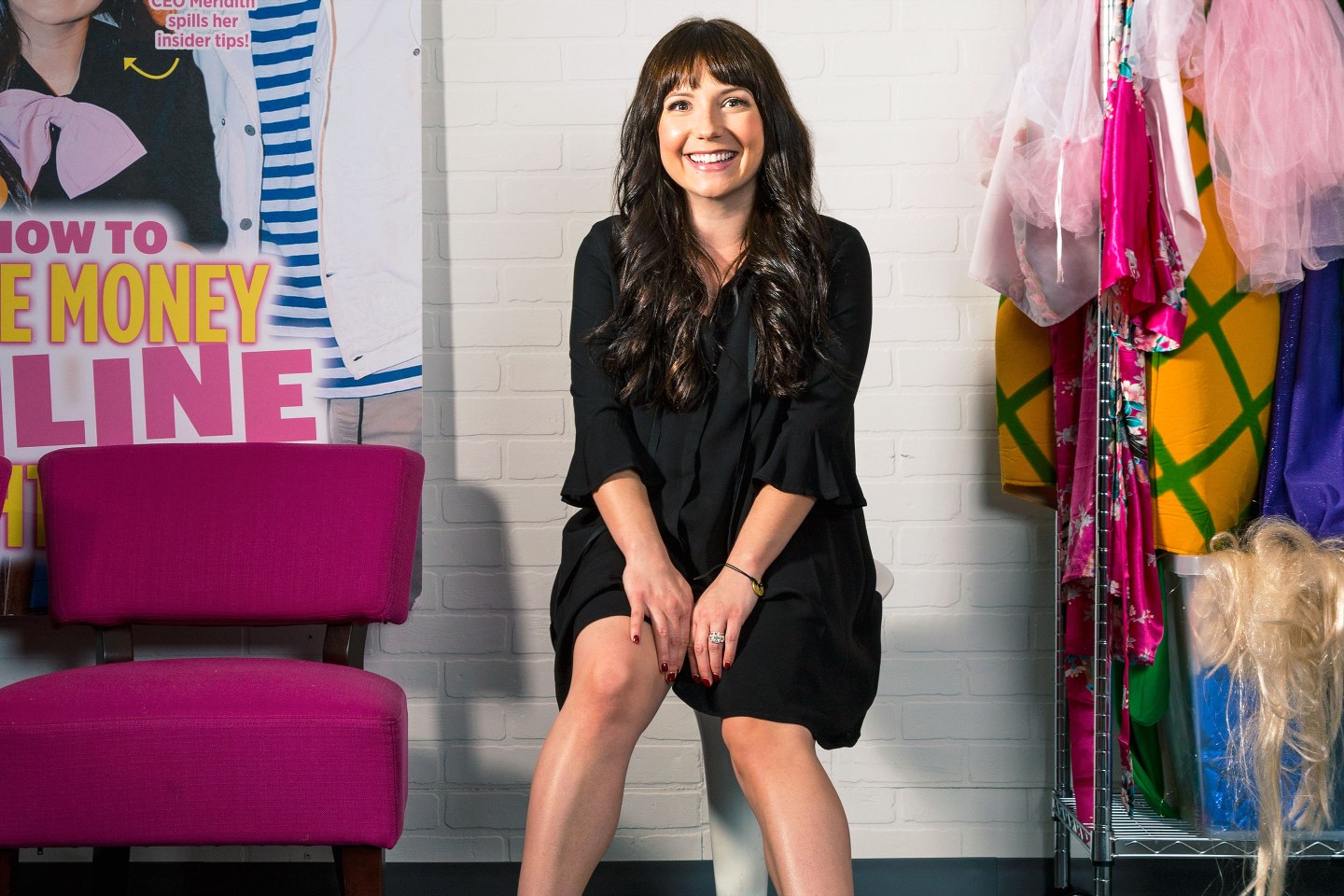 How do you get young people to look up? Take the digital stuff on their screens and put it on a physical stage. As the cofounder and CEO of DigiTour, Meridith Valiando Rojas, 30, corrals popular personalities from YouTube, Instagram, and other social media networks into a live show that descends on dozens of major cities each year. Valiando Rojas may be writing the book on social media stardom (Selfie Made is due in September) but her digital chops haven’t always been welcome. Before founding DigiTour in 2010, she pushed a musician to embrace a new medium—and was promptly fired.

FORTUNE: What gave you the idea for DigiTour?

Meridith Valiando Rojas: My career started in the music business. In 2008, I was managing an artist for Capitol Records. He was 15 years old and supposed to be the next big thing. A year went by and the label had spent a ton of money with no real results. It was ready to drop him. So I sat down with the president of Capitol, who went through a laundry list of things needed to save the artist: first, social media; second, tour … then I tuned out. A social media tour—nothing like that existed. I figured we could create one, put him in the mix with some YouTubers, and hope their magic rubbed off on him. I thought this was the solution of all solutions. The artist was a lot less excited. He fired me. I said to my boyfriend, now husband, “Let’s do the tour anyway.”

How did you cultivate relationships with YouTube creators given that you were new to that community yourself?

We rounded up the top, most subscribed YouTubers of that year. That was in 2011. All of them were sort of on the brink of something big. They were a lot more accessible than they are now, and much more open to cold calls. In 2013, we started to do festivals. The first was in New York City, and it was wall-to-wall with teenage girls. It was a light-bulb moment: This is who we need to focus on. Once we realized that, it was obvious who we needed to book: lifecasters, these heartthrobs who are the boy bands of today. We focused on guys who can tweet and get thousands of hyperventilating girls to show up.

Did you have to convince people that social media stars were worth paying attention to?

In the early days. Now, nobody would argue that fact. The reason I was fired by that artist was because of the stigma around YouTube talent. He thought YouTubers were not real talent. For the first two or three years of our business, a lot of people thought we were rounding up bedroom performers. There was an education process where I had to say that their true talent is that they can communicate to and activate 5 to 10 million people at a time. That is incredibly valuable.

Your investors include mainstream media players like Viacom and Ryan Seacrest. They compete for the same demographic that DigiTour attracts. How does that work?

These people have invested because they know things are changing. Generation Z has different behaviors than millennials. The Internet is dominating trends, and traditional media is, in many cases, one step removed. Our investors see us as an insider, someone whose finger is on the pulse, and a resource to them in terms of providing data and commercial partnerships. We collaborate with Viacom’s businesses, presenting ideas for MTV and packaging talent for Nickelodeon. We’re showing them what we know best. It doesn’t come without challenges. It’s a big building.

How do you plan to grow DigiTour?

Our dream is to create the biggest teen festival in the world. We’ll be doing well over 150,000 tickets next year. We have kids wearing DigiTour T-shirts to school as a badge of honor. How do we take that to the next level? As the Internet takes over our lives, people need to engage IRL—in real life.

TRACK RECORD: Valiando Rojas was a member of the inaugural class of the Clive Davis Institute of Recorded Music at NYU’s Tisch School of the Arts.

MIC CHECK: In 2011, she assisted Mark Burnett Productions during the casting of NBC’s popular singing-competition series The Voice.

BREAK POINT: Valiando Rojas was an intern at J Records at age 15, working with artists such as Alicia Keys and Maroon 5.

A version of this article appears in the Dec. 15, 2017 issue of Fortune with the headline “Social Climber.”