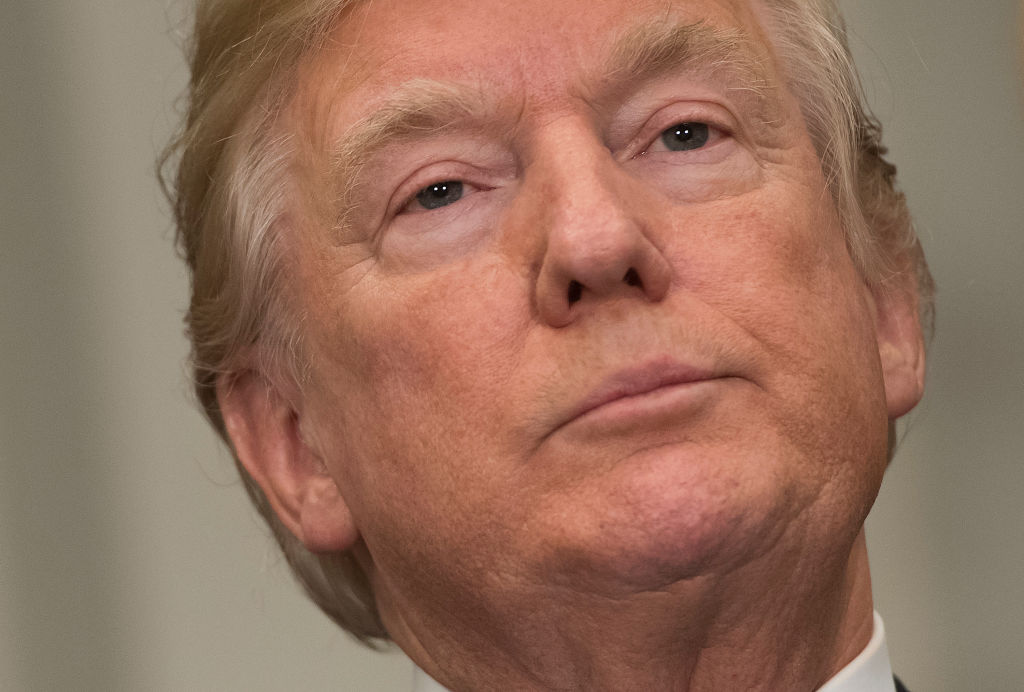 US President Donald Trump speaks during a signing ceremony for Space Policy Directive 1, with the aim of returning Americans to the Moon, in the Roosevelt Room at the White House in Washington, DC, December 11, 2017. / AFP PHOTO / SAUL LOEB (Photo credit should read SAUL LOEB/AFP/Getty Images)
Saul Loeb—AFP/Getty Images

The Justice Department’s inspector general said Friday that his office wasn’t consulted about the decision to release private anti-Trump text messages between two FBI officials to reporters this week.

Democrats said the assertion by internal watchdog Michael Horowitz, which came in a letter to Democrats on the House Judiciary Committee, raised new questions about whether public disclosure of the texts was politically motivated.

The 375 text messages — sent last year between two FBI officials who later worked on Special Counsel Robert Mueller’s Russia probe — were the subject of intense partisan questioning at a committee hearing Wednesday where Deputy Attorney General Rod Rosenstein testified. In the texts, the two officials used words like “idiot” and “loathsome” to describe Trump, and offered an election-night comment that the thought of him as president was “terrifying.”

“The department did not consult with the OIG before sharing the text messages with the press,” Horowitz, head of the Office of Inspector General, wrote in the letter.

But the response appears to conflict with Rosenstein’s testimony to the panel, when he said that the inspector general “had no objection to the release of the material.”

Justice Department spokeswoman Sarah Isgur Flores said in an interview Friday that the department consulted with the inspector general about releasing the text messages to Congress, not the media. She added that Rosenstein’s comment about the inspector general was in reference to giving the material to lawmakers.

“IG had no objection to release to Congress,” she wrote on Twitter, adding that Horowitz’s letter was “entirely consistent” with Rosenstein’s testimony. “We then consulted senior legal/ethics experts to determine there were no issues” with releasing the texts to Congress or the press.

Horowitz confirmed in a statement Friday that his office told Justice Department officials that it didn’t object to the release of the messages to Congress but that the department would have to determine whether there were any legal restrictions that would prohibit handing them over.

Democrats on the Judiciary panel said late Friday that Justice Department officials misled them about their interactions with the inspector general.

“This baffling breach of procedure raises the question of whether these messages should have been released at this time and in this manner in the middle of an ongoing IG investigation,” Jerrold Nadler and Hakeem Jeffries, both of New York, and Jamie Raskin of Maryland said in a statement. “It also invites questions about whether any responsible DOJ officials are going out of their way, not only to disparage the reputations of their colleagues, but to actively try to undermine confidence in Special Counsel Robert Mueller and the investigation into Russian interference with the 2016 election in an attempt to appease or directly serve the interests of President Trump.”

The inspector general’s office, which is conducting a probe into how the Justice Department and the FBI handled the investigation into Hillary Clinton’s use of a private email server while secretary of state, discovered the texts as part of its work. One of the FBI officials who wrote the texts, agent Peter Strzok, worked on the Clinton case and was later assigned to the Russia meddling probe. He was removed by Mueller as soon as the texts were discovered. The other official, Lisa Page, had already rotated off of Mueller’s team.

Some congressional Republicans have seized on the text messages as evidence of political bias on Mueller’s team. They have been demanding that the department turn them over since their existence became public.

Rosenstein, who has overseen the Mueller probe since Attorney General Jeff Sessions recused himself, was asked in the Wednesday hearing about a report that the Justice Department had invited several reporters to view the emails the night before.

“Are you aware of the IG rule, which says that material in an ongoing investigation cannot be released?”Raskin asked Rosenstein.

Rosenstein replied, “When this inquiry came in from the Congress, we did consult with the inspector general, and he determined that he had no objection to the release of the material.”

“If he had, I can assure you I would not have authorized the release,” Rosenstein continued.