MI5 Reportedly Foiled an ‘Islamist Plot’ to Assassinate Theresa May. Here’s What We Know So Far 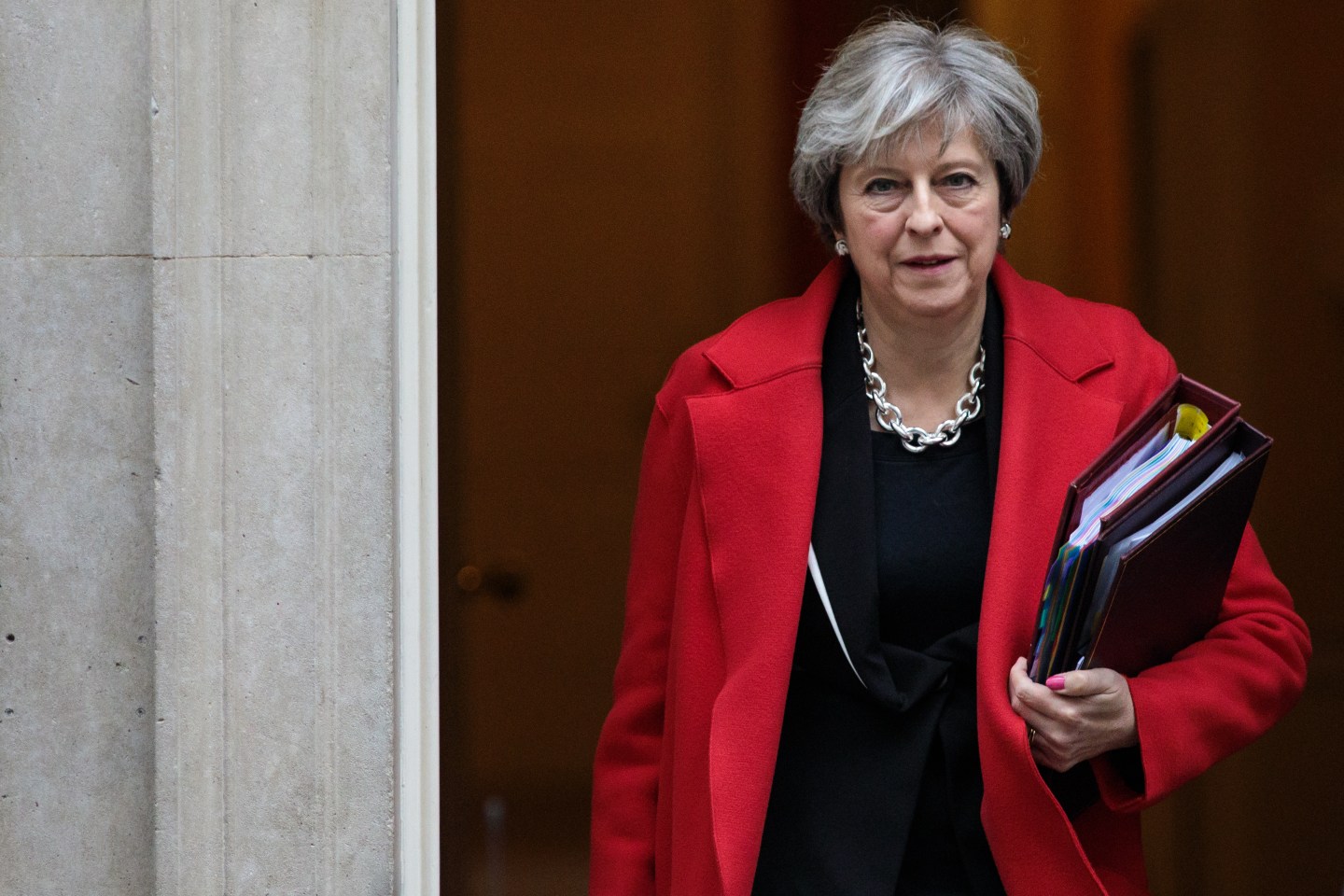 LONDON, ENGLAND - NOVEMBER 15: British Prime Minister Theresa May leaves Number 10 Downing Street for Prime Ministers' Questions in Parliament on November 15, 2017 in London, England. MPs in the House of Commons are to spend a second day debating the EU Withdrawal Bill with some Tories signalling they may rebel against government plans on Brexit. (Photo by Jack Taylor/Getty Images)
Jack Taylor—Getty Images

The U.K. has reportedly foiled a plan to assassinate Prime Minister Theresa May at her official London office and residence, 10 Downing Street.

Citing unidentified sources, Sky News reports that the plan, devised by Islamist militants, was stopped with the arrests of two men from the U.K., who’ve been charged with preparing acts of terrorism. The men were due to appear in court in London on the terror charges on Wednesday.

Andrew Parker, the head of MI5, briefed U.K. Cabinet ministers about the thwarted plot on Tuesday, indicating the “seriousness” of what Britain’s domestic counterintelligence and security agency had uncovered, Sky News reports.

Police believe that the plotters had planned to set off an improvised explosive device at the prime minister’s Downing Street offices and residence and then kill May in the resulting chaos. Sky News called it an “extreme Islamist suicide plot,” but offered no further details about the plan. The Financial Times describes the plot as a bombing, followed by a knife attack.

How MI5 Thwarted It

Over several weeks, MI5, along with Scotland Yard and West Midlands Police, had been pursuing the case. Last week, two men were arrested by armed police and charged with “preparing acts of terrorism.”

Sky News, which reported the arrests on Wednesday, identified the suspects as Naa’imur Zakariyah Rahman, 20, from north London, and Mohammed Aqib Imran, 21, from southeast Birmingham.

Rahman is charged with assisting Imran in “making preparations for the attack,” according to the FT.

Terror in the U.K.

News of the thwarted assassination attempt comes as Britain faces an increased terror threat from Islamist militants. Parker reportedly told Cabinet ministers that British authorities have broken up nine potential terrorist attacks this year. Four have been successful, including the May attack that killed 22 following an Ariana Grande concert at Manchester Arena. According to a report released Tuesday, authorities missed an opportunity to thwart the Manchester attack. The same report found that the ringleader of the June London Bridge attack was actively under investigation at the time.