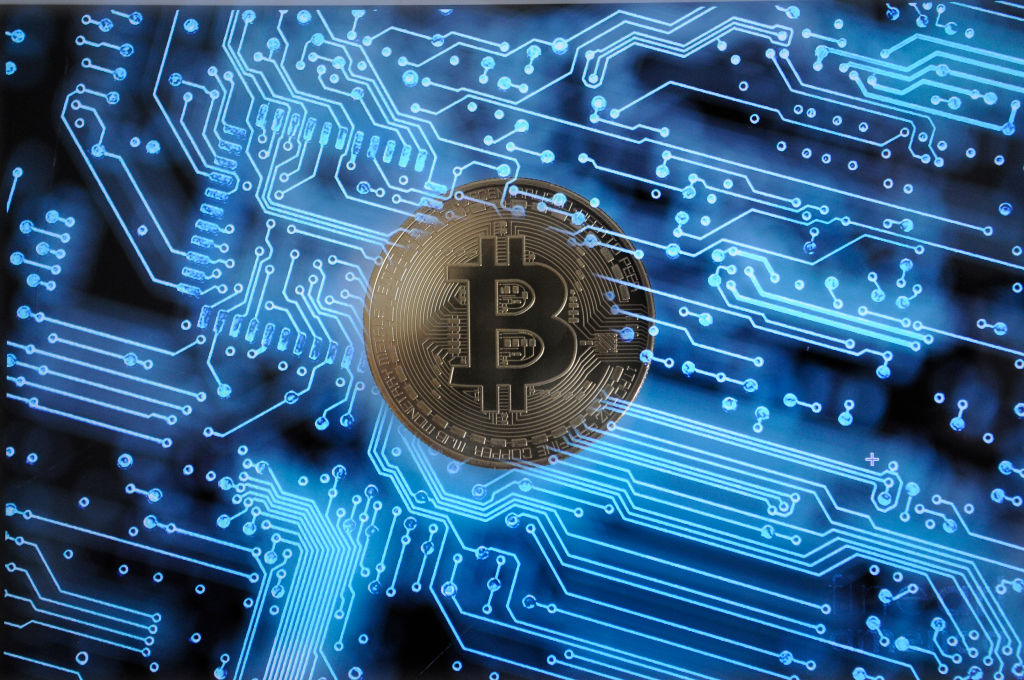 According to billionaire Thomas Peterffy, CEO of the brokerage giant Interactive Brokers (IBKR), there’s a small but very real possibility that a futures market for the volatile crypto-currency will cause the financial system to buckle and trigger a crisis similar to 2008.

Peterffy told Fortune he’s relayed his concerns, which he described in a full-page letter in the Wall Street Journal, to the head of the country’s commodities regulator, but was told the agency can’t do anything to slow down the launch of the new bitcoin products.

When banks loaded up on too many worthless mortgage-backed securities, it triggered a series of insolvencies in 2008 — most notoriously at Lehman Brothers — and a full-blown financial crisis. Could bitcoin set off something similar?

Peterffy, who is one of the world’s richest men and is known as “the father of high speed trading,” believes a 2008-style chain reaction could arise from the bitcoin futures market. He fears the soon-to-be-launched futures contracts, which are intended to allow traders to hedge the price of bitcoin in the same way they do barrels of oil, lack adequate guardrails.

The focus of his fear is the clearing houses that settle futures contracts, and serve as backstops in the event one of the parties defaults on their obligation. If the price of bitcoin falls dramatically (as it has done in the past), the clearing houses could be left holding the bag for traders that bought contracts on the assumption the price would increase — and can’t cover the shortfall.

While Peterffy says larger clearing houses could absorb this risk, he fears smaller ones might not. In the worst case, they would burn through their liquidity trying to cover bad bitcoin bets, and be unable to cover their obligations to clear futures contracts for other assets.

“The issue is they’re putting bitcoin in the same basket as U.S. Treasuries, stock index futures, and all the really serious products,” said Peterffy.

He’s not reassured by the fact the exchanges that will offer the futures contracts, CME Group Inc. (CME) and Cboe Global Markets (CBOE), will ask customers to post an usually high margin requirement of 35% for bitcoin. Peterffy says that price swings above that range will lead to defaults, and force clearinghouses to turn to the market to cover their position, which will in turn cause bitcoin prices to fall further.

A bitcoin-related liquidity crisis at smaller clearinghouses is not probable, Peterffy says. But if there is such a crisis, he warns it would quickly contaminate the rest of the financial system.

Mark Zurack, a finance professor at Columbia University, believes Peterffy is sincere in his concerns but doesn’t think the a clearinghouse crisis will materialize. He does, however, worry about bitcoin’s volatility combined with the fact it is not tethered to any real-world asset.

“Let’s say bitcoin crashes and goes down 75% in a day. It’s possible,” said Zurack. “The tricky thing about bitcoin futures is there isn’t any real bitcoin to move around to settle the futures.”

Meanwhile, Peterffy worries the regulator charged with overseeing the new futures market, the U.S. Commodity Futures Trading Commission, has been too quick to bless an untested product.

The push to introduce bitcoin futures, Peterffy says, is being egged on by exchanges that are anxious to seize a first-mover advantage in what is likely to be a very profitable market. He believes CME and Cboe’s rush to be first led them to self-certify with the CFTC without preparing for a worse case scenario.

Under CFTC rules, exchanges can introduce new financial products — including futures contracts — so long as those products comply with a series of principles published by the regulator. Since the bitcoin contracts proposed by CME and Cboe meet those standards, the CFTC had to allow them to go forward.

“I spoke to [CFTC Chairman Christopher] Giancarlo, and he said his hands are tied,” said Peterffy.

He added Giancarlo told him the agency did not have the power, under the self-certification process, to impose either of the two safeguards he proposed in his Wall Street Journal letter: Limiting bitcoin clearing to large clearinghouses, or requiring bitcoin futures contracts to be cleared apart from other assets.

According to Peterffy, the CFTC should not have allowed the self-certification to go ahead, and instead introduced a rule-making process, including a 60-day comment period, to oversee bitcoin futures.

A CFTC spokesperson, meanwhile, responded to questions about the process by directing Fortune to a fact-sheet about bitcoin products it published on Friday. The sheet reads in part:

“Staff has assessed potential risk of defaults in these futures contracts […]. Based on analysis of different stress scenarios, staff estimates that any potential impact will not be significant […]. CFTC staff will continue to monitor potential risk factors closely and work with the [exchanges] to ensure that the health of the clearing system is maintained.”

A person familiar with the agency also told Fortune that the CFTC is in regular contact with the CMO and Cboe, and has been advising them for months about how to structure the futures contracts to comply with principles. The person added the agency currently believes the bitcoin futures market will be too small to pose a systemic risk to the financial system, and that it can revisit its decision if such a risk starts to materialize.

A spokesperson for CME pointed to the exchange’s public comments on the risk issue, and told Fortune the exchange will put the proper risk measures in place.

“We’ve said before that we recognize bitcoin is an emerging market and, without a doubt, there are issues to work through. CME is implementing a variety of risk management tools such as margin levels, position and price limits, and credit controls to appropriately manage the risk of listing and clearing Bitcoin futures,” said the spokesperson.

On Monday, Cboe announced it was moving up its initial sale of bitcoin futures to December 10th (initially, both CBE and Cboe had said they would launch on December 18).

Two weeks ahead of the launch of the bitcoin futures contract, the currency’s prices remained near all-time highs. Early Monday, one bitcoin was trading around $11,500.

This story was updated on Monday afternoon to reflect Cboe’s new launch date.