Controlled Chaos: Patricia Urquiola Is Caught Between Craft And Industry In Philadelphia 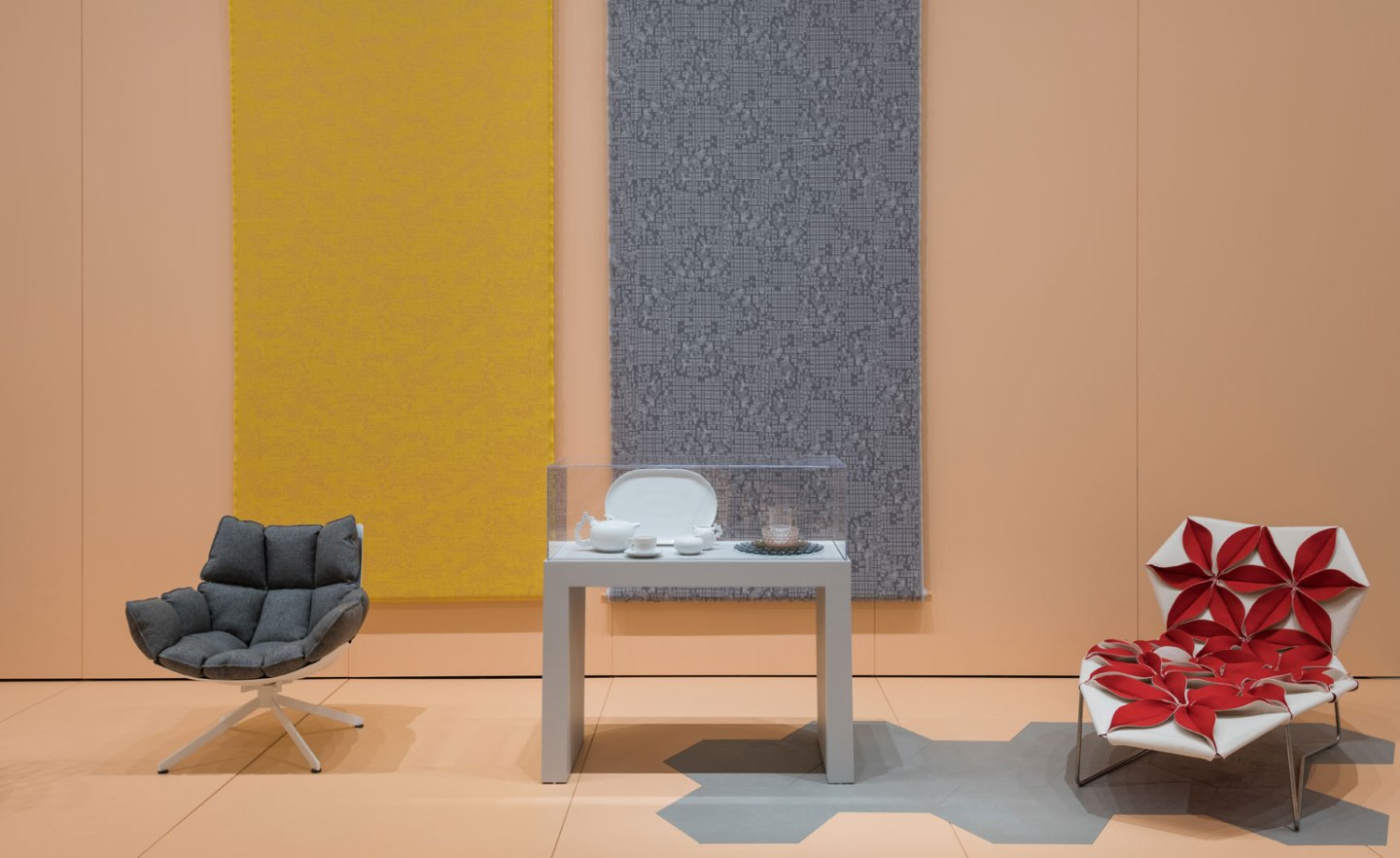 Patricia Urquiola’s first US solo exhibition, ‘Between Craft and Industry’, explores the methodology behind the designer’s practice.
Philadelphia Museum of Art

From missteps, to mishaps to inevitable self-doubt, the creative process isn’t for the faint of heart. But instead of succumbing to the pressure, Spanish designer and architect Patricia Urquiola embraces the chaos of creativity.

‘She throws herself into each project,’ says Donna Corbin, Louis C Madeira IV associate curator at the Philadelphia Museum of Art. ‘She doesn’t just design something and walk away from it.’ In ‘Patricia Urquiola: Between Craft and Industry’, her first solo exhibition in the United States, the museum offers an intimate look at the method behind the madness.

‘The design is not enough,’ says Urquiola. ‘What matters more is the transparency of the process: concepts, initial choices, prototyping, applied technologies, materials, logistics, human relations and ultimately the way to work with four hands between designer and publisher.’

‘Process is so important to [Patricia],’ Corbin says. ‘[You’ll] have a better understanding of her work if [you] understand the process.’ Inside, one wall is adorned with photographs, sketches and models of some of her biggest architectural and interior accomplishments, including the Mandarin Oriental in Barcelona (2014), Lake Como’s Il Sereno Hotel (2016) and various Cassina showrooms.

Another wall highlights her prolific works for many major Italian players including the Flos ‘Chasen’ lamp (2007) and B&B Italia’s ‘Crinoline’ armchair (2008). When she designed ‘Crinoline’, Corbin explains, Urquiola prioritised consulting and collaborating with local craftsmen. ‘She has this amazing ability to connect with people, and it’s so much part of what she does,’ she said.

But while Urquiola’s process boils down to a detailed, awe-inspiring science, her pieces continue to have an element of surprise. ‘She makes a conscious effort not to repeat things,’ he continues. ‘She challenges herself and we wanted to represent that.’

In total, there are 28 pieces on display, from as early as 2002. Admittedly, Urquiola’s ‘Antibodi’ chaise for Moroso (2006), ‘Landscape’ tea set for Rosenthal AG (2008) and ‘Fishbone’ inlay for Budri (2012) look incongruous in the same room, yet they deftly encapsulate her Midas-touched and 15-plus-year career.

But her influence doesn’t end there: Urquiola, who is also art director of Cassina, received the Design Excellence Award from Collab, a group of individuals who support modern and contemporary design at the museum.