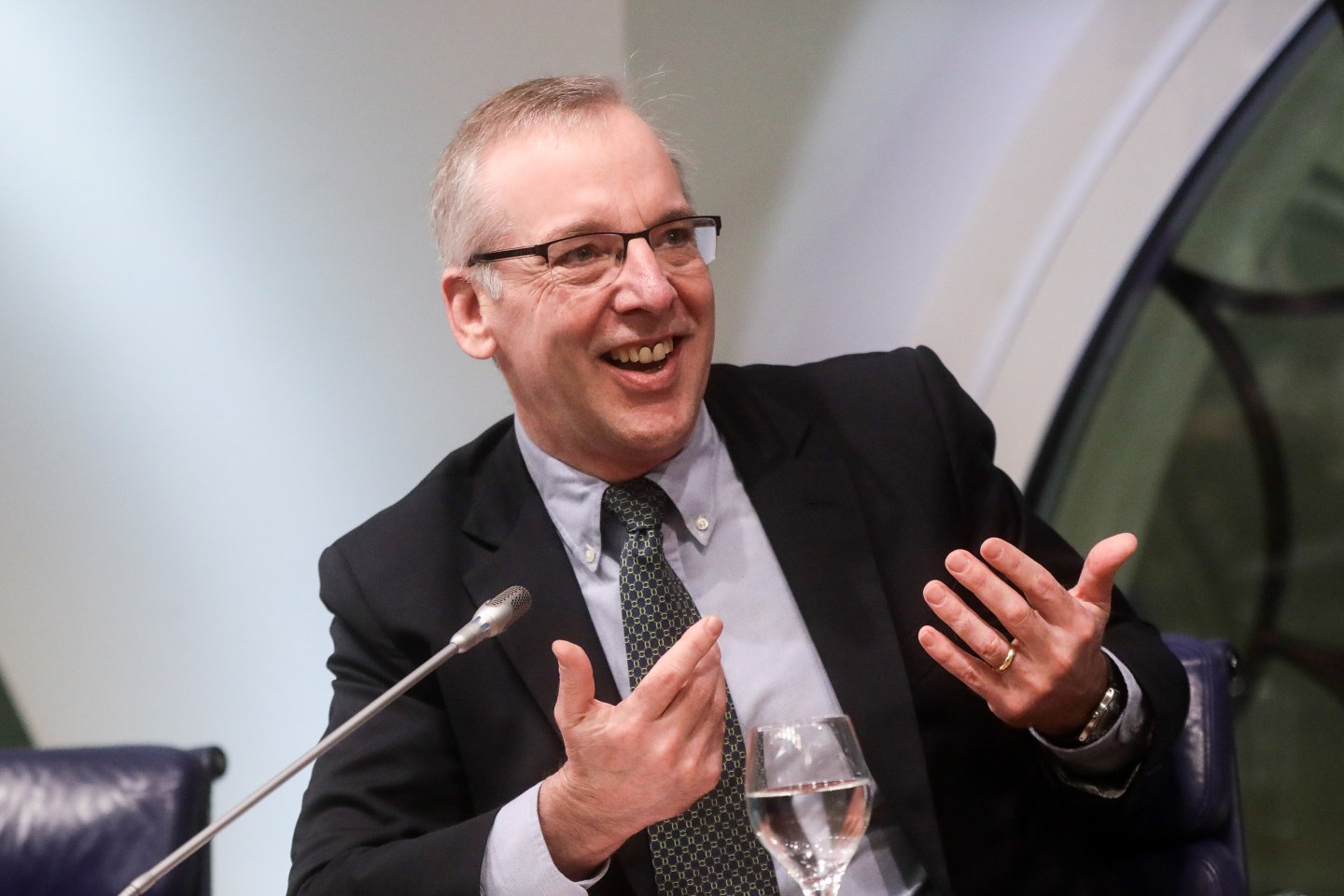 William Dudley, president and chief executive officer of the Federal Reserve Bank of New York, gestures as he speaks during a panel discussion on banking ethics at the Bank of England (BOE) in City of London, in London, U.K., on Tuesday, March 21, 2017. The Bank of England has learned the lessons from the sudden resignation of Deputy Governor Charlotte Hogg after she failed to disclose a potential conflict of interest, Governor Mark Carney said. Photographer: Simon Dawson/Bloomberg via Getty Images
Simon Dawson—Bloomberg/Getty Images

Weak U.S. inflation is not troubling even in the face of full employment, one of the Federal Reserve’s more influential policymakers said on Monday, reinforcing the central bank’s mantra that it is gradually raising interest rates.

“I’m not particularly concerned that inflation is a little bit below target,” New York Fed President William Dudley said at a forum hosted by University of California, Berkeley, where he also weighed in on the dangers to the United States of trade protectionism and he questioned the need for tax cuts.

Dudley, a close ally of Fed Chair Janet Yellen who is set to step down in mid-2018, said that with unemployment having fallen to 4.1% the U.S. central bank thinks the economy has reached “full employment.” Theoretically, that is that unemployment can get without prompting inflation; the Fed’s preferred price measure has drifted down to 1.4% this year, below a 2-% target.

Thus “we have been gradually raising interest rates,” he said, repeating that he expects inflation to rebound along with wage gains.

The Fed has raised rates twice this year and expects to hike again in December and three more times next year, depending on fiscal stimulus including tax cuts planned by Republicans in Congress and in the White House.

Asked several questions about U.S. President Donald Trump’s fiscal plans, Dudley, speaking in New York, said he supports tax reform but not necessarily cuts meant to boost economic growth. “I’m not in favor of tax stimulus at the current time because the economy doesn’t really need it,” he said.

He added that the United States should “temper the sharp edges of capitalism” with fiscal policies such as workforce development and employee retraining. “Putting up trade barriers will not make us better off,” Dudley said, adding globalization “has benefits and costs.”