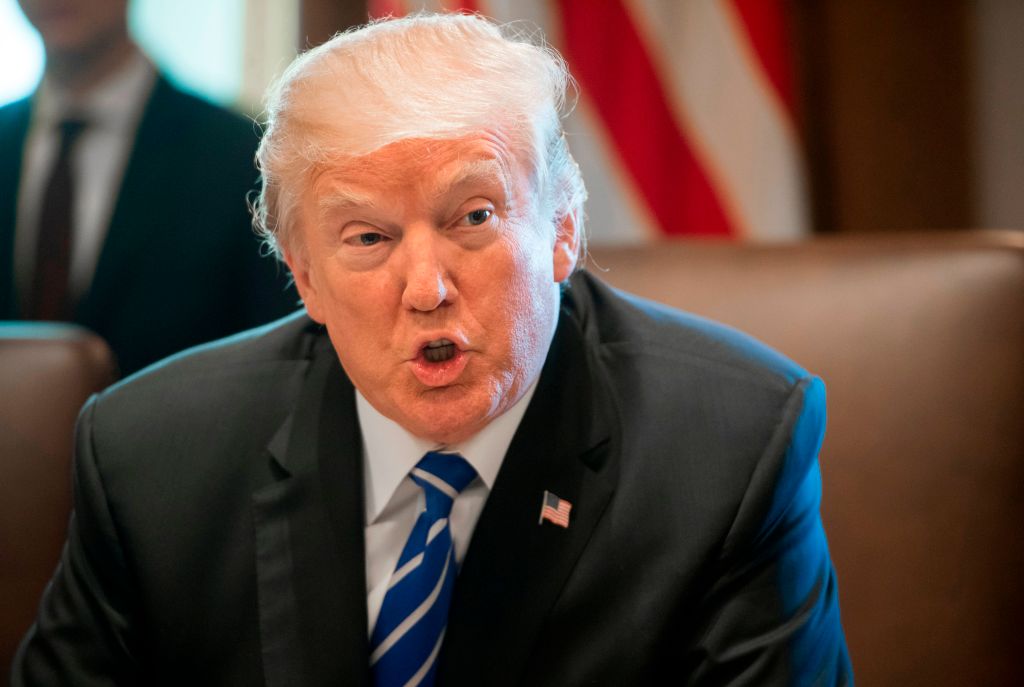 (WEST PALM BEACH, Fla./WASHINGTON) – President Donald Trump has the power he needs to put his top budget aide in charge of the Consumer Financial Protection Bureau (CFPB), federal officials said on Saturday, weighing in on a battle for control over the powerful agency.

The leadership of the independent regulatory agency was thrown into question on Friday when its outgoing director Richard Cordray, a Democrat, named his deputy as his acting replacement until the U.S. Senate confirms a new director.

The CFPB was created by former Democratic President Barack Obama in the wake of the financial crisis and has imposed steep penalties on banks, auto dealers, student lenders and credit card companies for alleged predatory lending practices.

Trump named White House budget director Mick Mulvaney, a fierce critic of the agency, to temporarily oversee the CFPB until he nominates someone to take on the job – a pick expected in upcoming weeks, senior administration officials told reporters on a conference call.

Democrats, accusing the White House of finding a backdoor method to defang a banking watchdog, point to language in the Dodd-Frank law that created the CFPB, stipulating the deputy director replaces the director when he or she leaves.

But administration officials said the 1998 Federal Vacancies Reform Act gives presidents the power to temporarily fill agency positions, except for those with multi-member boards – an exemption that they said did not apply to the CFPB.

“We believe this move by the president is a typical routine move exercised by presidents,” said one of the officials, who spoke to reporters on condition of anonymity, noting the White House had sought guidance from the Justice Department before Trump named Mulvaney to the job.

The Justice Department’s Office of Legal Counsel will soon publish a formal view, the officials said.

Cordray was the CFPB’s first director, so this is the first time the agency’s succession plan has been tested.

Republicans have complained the agency is too powerful and lacks oversight from Congress on its operations. Industry critics said the succession battle was a case in point of how the agency had too much power.

“The CFPB’s current governing structure is a dictatorship, period,” Richard Hunt, head of the Consumer Bankers Association, said in a statement.

Democrats and consumer advocates said it was unfair to put Mulvaney – who once described the CFPB as a “joke” – in charge.

Maxine Waters, the top Democrat on the House of Representatives’ financial services committee, said the appointment would give Mulvaney a seat on the boards of two other financial regulatory agencies.

“The White House would have an alarming degree of direct control over financial regulation, supervision, and enforcement,” Waters said in a statement.

Trump’s nominee must be confirmed by the U.S. Senate, meaning that Mulvaney could be the acting director for months.

The fight has raised practical questions about how the agency would operate when its doors open on Monday.

The White House has not been in touch with Leandra English, the deputy who Cordray put in charge, officials said, saying they expected she would be at work on Monday and continue as Mulvaney’s deputy.

“We don’t have any reason to think that anything out of the ordinary course will happen: we think (Mulvaney) will show up Monday and he will go into the office and start working,” a senior administration official said.

“We have gone out of our way to avoid an unnecessary legal battle with Mr. Cordray and his actions clearly indicate that he’s trying to provoke one,” another official said.

The issue will likely be challenged in courts, which could mean “this enormous cloud of uncertainty” hangs over the CFPB in the meantime, said Alan Kaplinsky, who heads the Consumer Financial Services Group for Ballard Spahr LLP.

Kaplinsky said he believes the Dodd-Frank law provides for the deputy director to take charge during a shorter-term leave, but Congress did not explicitly list the resignation of the director as a situation where the deputy would step up.

“I think Trump wins, but unfortunately it is going to take a while,” Kaplinsky said.