These ETFs Imitate Hedge Funds—And Only Charge Half as Much 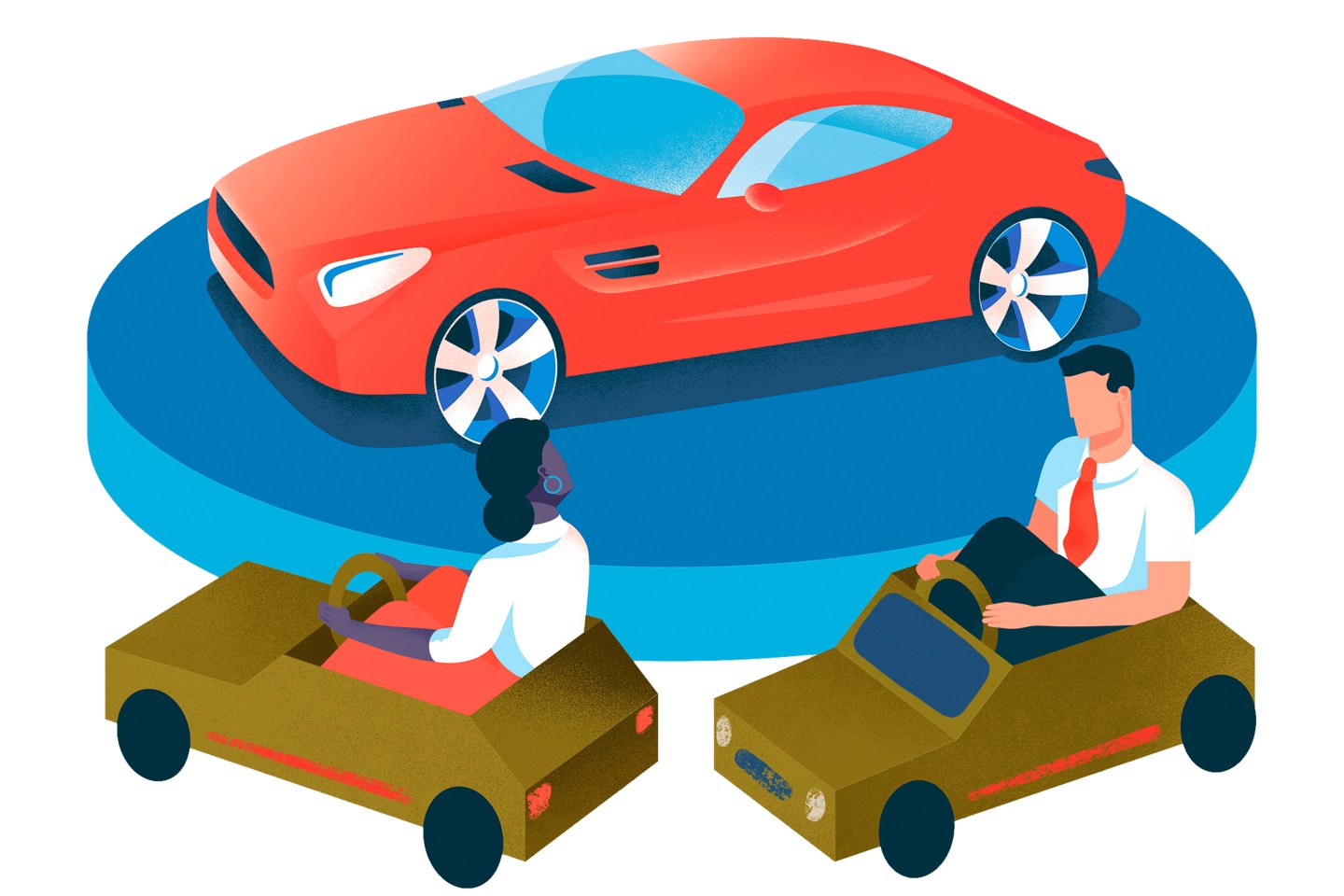 Some investing pitches target your inner optimist, with a promise of “outperformance” or a hot stock tip. But others address the pessimist in your soul: Something’s bound to go wrong, they whisper, and we can keep you safe.

You can expect the latter message to grow louder in the months ahead; the longer the stock market’s bull run continues, the more skeptics suspect a correction is due. And the loudest voices in the pessimist choir may belong to managers of hedge funds. Those funds, which rely on sometimes sophisticated strategies to protect clients’ portfolios, lost significantly less than stocks and mutual funds did in the last two U.S. bear markets. That, plus impressive short-term returns from a few celebrity managers, has helped them attract truckloads of cash; hedge fund assets now top $3 trillion.

The typical hedge fund charges annual fees that can top 1.5% of customers’ assets, plus up to 20% of profits. That hefty premium has created an opening for new exchange-traded funds that offer similar ritzy strategies, but at cheapskate prices. These me-too funds use a grab bag of investments to emulate hedge fund tactics. They’re unusually complicated for ETFs—and with about $3 billion in assets, they’re a tiny segment of the market. But in an era when the performance of low-fee funds is luring growing numbers of price-conscious investors, they could attract a lot of new money in a downturn.

There are now 36 hedge fund ETFs in the U.S., according to FactSet, and their annual fees typically run between 0.5% and 1%, on par with actively managed mutual funds. Capital management firms ranging from boutique advisories to giants like J.P. Morgan have rolled out such ETFs over the past three years. But the industry’s granddaddy is IndexIQ, which essentially invented the category in 2009 with its flagship fund, IQ Hedge Multi-Strategy Tracker (QAI). It’s the largest hedge ETF, with $1.1 billion in assets; it melds numerous strategies that include taking both long and short positions on U.S. stocks and bonds and emerging markets.

A look inside QAI’s portfolio, however, is instructive: It gets much of its downside protection from products investors could buy themselves, at notably lower prices. As of its most recent filings, 52% of QAI’s assets were in short-term Treasury or U.S. corporate bonds. Its largest holding was the Vanguard Short-Term Bond ETF, which has an expense ratio of .07%, or $7 per $10,000 invested. QAI itself charges $53 per $10,000. Indeed, the “fund-of-funds” approach is a common hedge ETF strategy, which strikes some strategists as needlessly complex. “Why not just hold the underlying ETFs?” asks Mariana Bush, who heads ETF research at Wells Fargo Advisors.

ETF sellers argue that their fees are a small price to pay for access to assets that hold their value when stocks fall. Still, the funds could struggle to prove their value to potential clients, because most haven’t been around long enough to weather a recession.

A Vanguard study found that from November 2007 to February 2009, during the last bear market, a “fund-of-funds” index that tracked hedge fund performance fell 18%, while an unhedged portfolio split 60%/40% between stocks and bonds fell 25%, and the S&P 500 fell more than 40%. But since then, hedge funds as a group have consistently lagged the broader market. Hedge ETFs have followed a similar arc: QAI, for example, has returned 3.1% on an annualized basis since its 2009 inception, compared with 16% for the S&P 500.

The takeaway: Because hedge ETFs (like hedge funds themselves) are designed to do better in down markets—to hedge the risks to your other investments—they’re best used sparingly. Bush advises investors to choose only ETFs with $100 million in assets or more; anything smaller may struggle to ride out a rough patch. That’s a threshold that only six hedge fund clones, including QAI, currently meet. Grant Engelbart, a portfolio manager at CLS Investments, favors J.P. Morgan Diversified Alternative (JPHF), which manages $154 million; it launched late last year. JPHF invests mostly in individual stocks, futures, short positions, and derivatives. Since its inception, it has produced a “beta” of just .32, a metric that indicates there’s little correlation between its performance and the stock market’s. Engelbart typically invests around 5% of a client’s diversified portfolio in JPHF, enough to manage risk and cushion the blow of a downturn without hurting returns in good times.

Of course, if you want a shield against stocks’ volatility, there are more straightforward options. The iShares Core U.S. Aggregate Bond (AGG) fund is a proven traditional ETF whose performance doesn’t correlate with stocks, with an expense ratio of just .05%. As its name suggests, it invests solely in U.S. Treasury and corporate bonds—and that simplicity is its own kind of security blanket.

Clarification: The original version of this article stated that the IQ Hedge Multiple-Strategy Tracker fund charged $76 per $10,000 invested. That figure was based on filings that were not longer accurate; the fund has since lowered its fees to $53 per $10,000.

A version of this article appears in the Dec. 1, 2017 issue of Fortune with the headline “The Hedge Fund Wannabes.”