Should ‘Female Viagra’ Have Ever Been Approved? 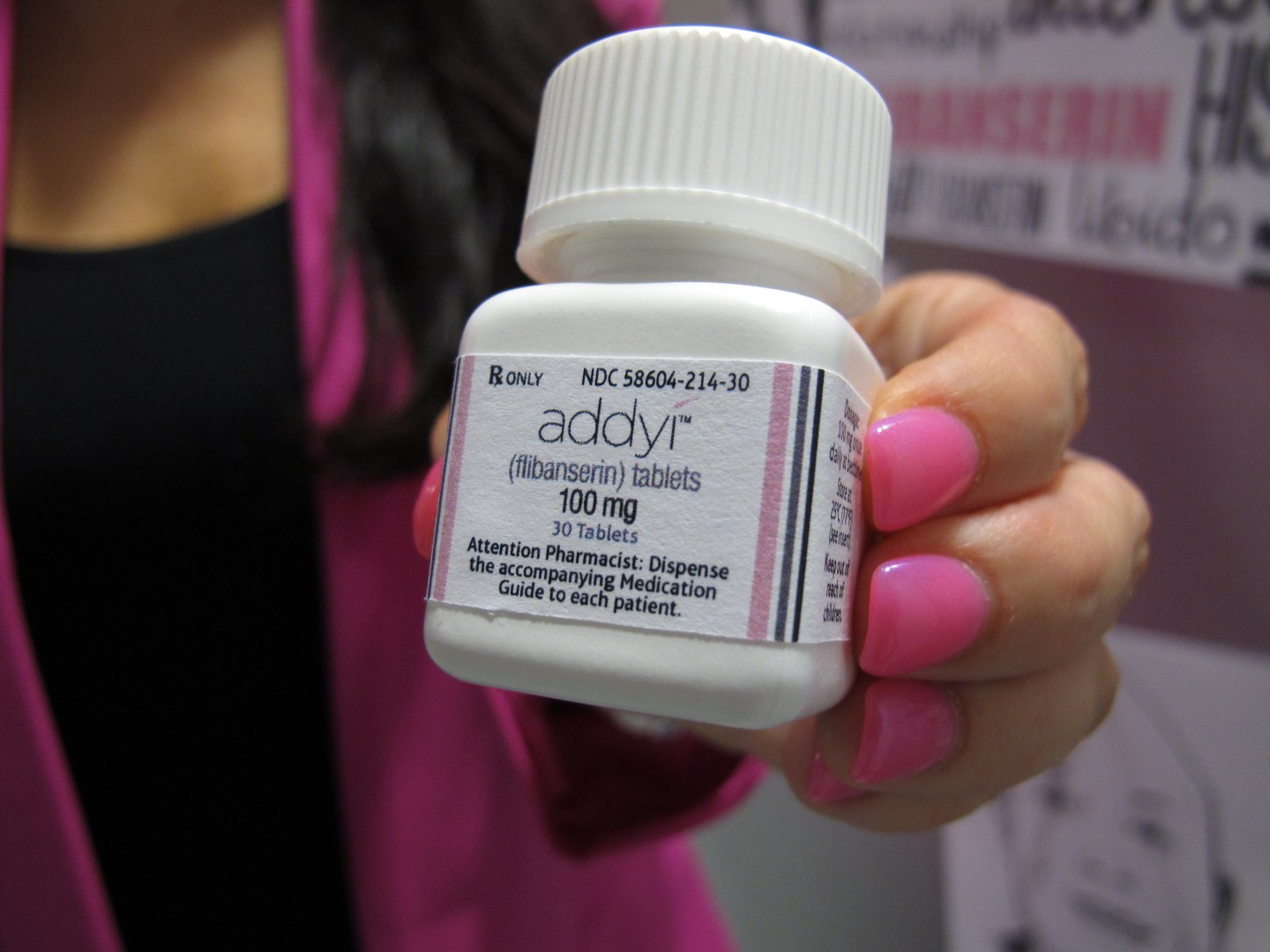 FILE - In this Aug. 18, 2015 file photo, Sprout Pharmaceuticals CEO Cindy Whitehead holds a bottle for the female sex-drive drug Addyi at her Raleigh, N.C. Most women with low sexual desire wont rush out to get the first prescription drug to boost female libido when it launches on Saturday, Oct. 17, 2015. But they may have more options down the road. (AP Photo/Allen G. Breed)
Allen G. Breed — AP

In August 2015, the Food and Drug Administration (FDA) approved a drug called Addyi from Sprout Pharmaceuticals after previously rejecting it twice. It was a milestone in the sexual health space as the first-ever cleared treatment meant to boost female sexual libido, earning it the dubious moniker of “female Viagra” in the media (health experts strongly dispute this analogy). Fewer than two days after the FDA approval, Sprout CEO Cindy Whitehead sold her company and its star product to drug giant Valeant Pharmaceuticals for a cool $1 billion.

But with lackluster sales and a lawsuit by former Sprout investors claiming that Valeant was doing a miserable job at marketing the therapy, the latter company decided to give Sprout and Addyi back to its original owners on Monday, throwing in an extra $25 million to fund startup expenses in exchange for 6% in royalties beginning around mid-2019—a sweetheart deal for Sprout and Whitehead. The question is: Are the drug’s dismal sales a consequence of poor marketing, or a reflection of Addyi’s effictiveness and safety profile?

The specific condition Addyi is meant to treat is called hypoactive sexual desire disorder (HSDD) in premenopausal women. It can be a bit of a tricky, subjective ailment to pin down. As the FDA describes, HSDD “is characterized by low sexual desire that causes marked distress or interpersonal difficulty and is not due to a co-existing medical or psychiatric condition, problems within the relationship, or the effects of a medication or other drug substance.” (This is also why the “female Viagra” comparison doesn’t make much sense—Viagra fixes a biological plumbing issue in men to help them achieve an erection; Addyi’s purpose is far more nuanced and complicated.)

But while the FDA heralded the therapy as a landmark sexual health treatment option for women, it came with a black box warning and multiple restrictions. Addyi can cause hypotension, or severely low blood pressure, and increases the risk of fainting. Those risks are significantly increased with the use of alcohol, which is why patients taking Addyi are specifically told not to drink at all while taking the drug—and it’s supposed to be taken every day. Women are also told to avoid certain kinds of infection-fighting drugs while on Addyi.

So what kinds of benefits do women get in exchange for those risks and restrictions? In clinical trials, Addyi increased the number of “sexually satisfying events” women experienced per month by an additional 0.5 to 1 compared with placebo. The effect was real and tangible for some women; but it was still pretty subtle. Those clinical realities may be part of the reason that Addyi hasn’t come anywhere close to achieving the $1 billion sales target some thought it could by mid-2017. Sales may have been fewer than $10 million last year.

The question now is whether Whitehead will be able to use the formidable political and marketing pressure she wielded to get Addyi across the regulatory finish line (after two failed attempts at the FDA). Whitehead enlisted an army of women’s groups and patient advocates in a coalition called “Even the Score” to successfully rally for the drug’s approval, painting it as a matter of gender equality given the disparity between the number of male and female sexual health drugs. That same aggressive effort may be necessary to get more women who might benefit from Addyi to talk to their doctors about low sexual desire—and get the prescriptions rolling.