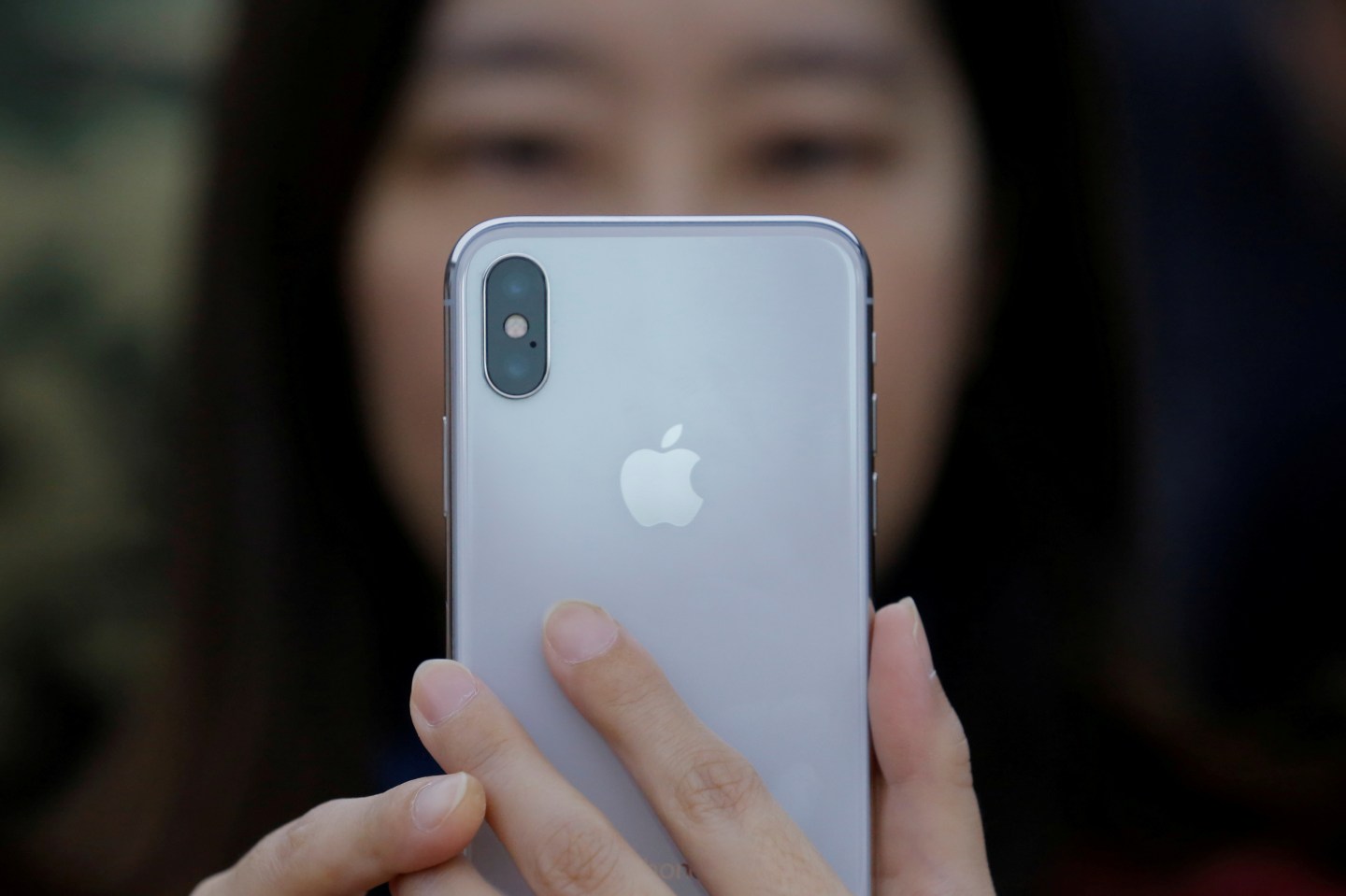 A woman uses an iPhone during a presentation in Beijing, China on Oct. 31, 2017.
Thomas Peter—Reuters

Corephotonics, which has raised $50 million from several high-profile venture capital firms and other investors, said its patented dual camera technology for mobile devices was incorporated by Apple in the iPhone 7 Plus and iPhone 8 Plus without its authorization.

According to the lawsuit, Corephotonics Chief Executive David Mendlovic approached Apple about a partnership. Apple praised the start-up’s technology but refused to license it, Corephotonics said, even suggesting it could infringe the latter’s patents with little consequence.

According to the complaint, “Apple’s lead negotiator expressed contempt for Corephotonics’ patents, telling Dr. Mendlovic and others that even if Apple infringed, it would take years and millions of dollars in litigation before Apple might have to pay something.”

An Apple spokesman did not immediately return a request for comment.

Many high-end smartphones include dual camera systems that can zoom in without losing image quality. Apple has its own patents on dual camera technology.

Through its latest funding round in January, Corephotonics raised $15 million from investors that included Samsung Ventures, electronics manufacturer Foxconn and chipmaker MediaTek Inc.

Foxconn is one of Apple’s contract manufacturers. Apple is considering MediaTek as a chip supplier, according to the Wall Street Journal.

Corephotonics is represented by Quinn Emanuel Urquhart & Sullivan, the law firm that advised Samsung Electronics Co on its patent litigation with Apple.