Conservative Megadonor Robert Mercer Is Stepping Down As CEO of His Massive Hedge Fund. Read His Full Statement 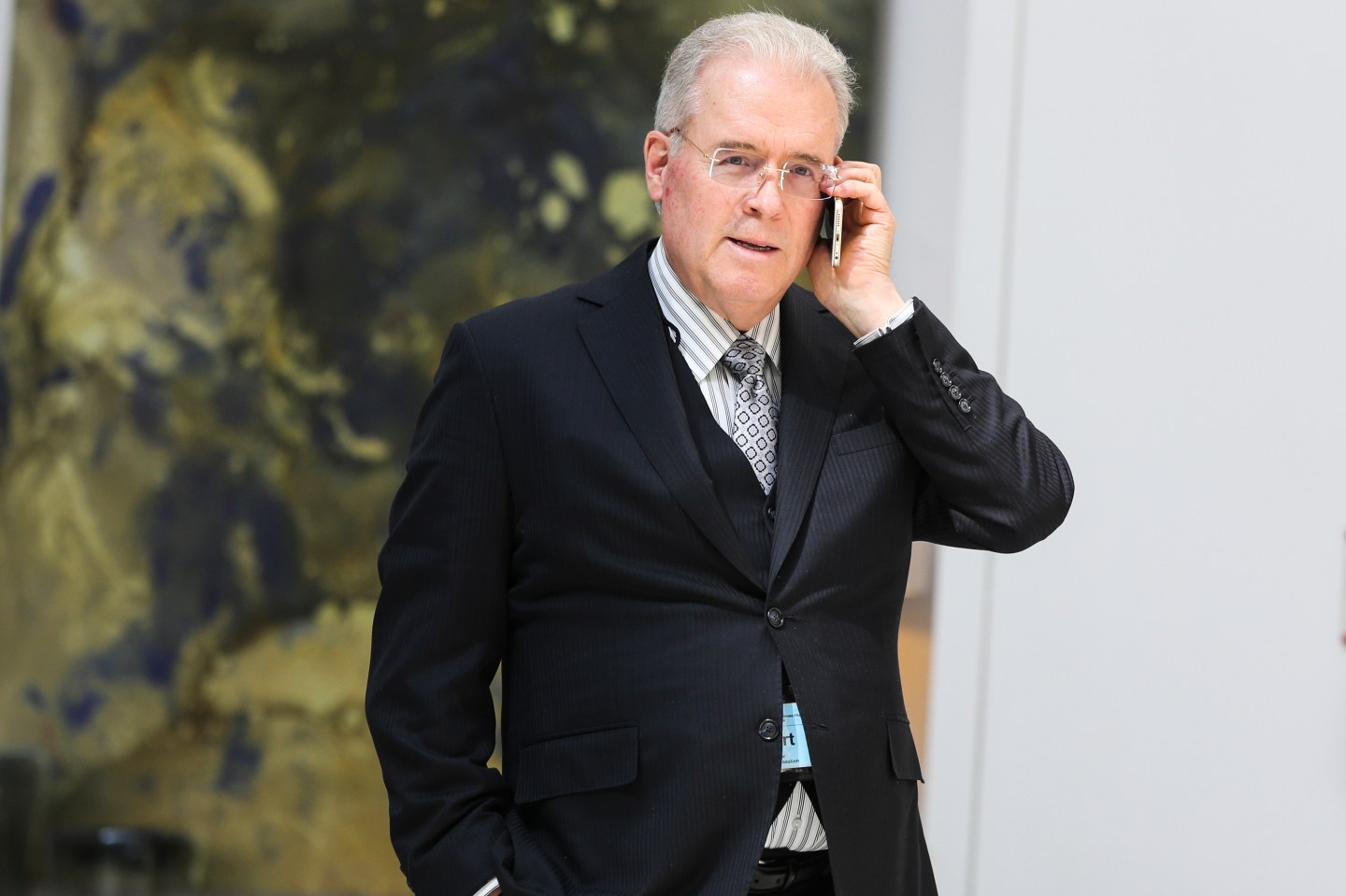 Billionaire Robert Mercer speaks on the phone during the 12th International Conference on Climate Change hosted by The Heartland Institute on March 23, 2017 in Washington, D.C.
The Washington Post The Washington Post/Getty Images

Conservative megadonor Robert Mercer is stepping down from his position as co-CEO of hedge fund Renaissance Technologies in January, he announced in a letter to staffers on Thursday.

Mercer, who donated $24.6 million to Republicans in 2016, will also resign from Renaissance’s board of directors. However, he will remain on the firm’s technical staff.

Mercer, sometimes called Bob Mercer, said in a letter to Renaissance staff that the media has inaccurately portrayed him as having views “in lockstep” with Steve Bannon, President Donald Trump’s former strategist and longtime foil of establishment Republicans. He also said he has unfairly been characterized as a white supremacist due to Breitbart News’ ties to Yiannopoulos.

In his letter, Mercer said that he does not always agree with Bannon. He added that he regrets supporting Yiannopoulos because his statements “have caused pain and divisiveness undermining the open and productive discourse that I had hoped to facilitate.”

Mercer’s backing of Breitbart News, Bannon, and Trump have put him at odds with Renaissance Technologies’ leadership. Like many financial bigwigs, Renaissance founder and chairman James Simons backed Democratic Party nominee Hillary Clinton during the 2016 elections. Mercer, on the other hand, gave at least $15 million to a PAC dubbed Make America Number 1—an organization which backed Trump.

Renaissance Technologies declined to comment on the news. Fortune has reached out to Breitbart News and Yiannopoulos for comment.

During the past year, I have been the object of a great deal of scrutiny from the press. I have declined to comment on what has been written about me, imagining that with time the attention would dissipate. Because that has yet to happen, I have decided to correct some of the misinformation that has been published about me. It is not my intention to impose the views I describe below on anyone else.

My goal is simply to explain my thinking, the very essence of which is that all of us should think for ourselves.

I believe that individuals are happiest and most fulfilled when they form their own opinions, assume responsibility for their own actions, and spend the fruits of their own labor as they see fit. I believe that a collection of individuals making their own decisions within the confines of a clear and concise set of laws that they have determined for themselves will advance society much more effectively than will a collection of experts who are confident in their knowledge of what is best for everyone else. This is why I support conservatives, who favor a smaller, less powerful government.

A society founded on the basis of the individual freedom that flourishes under a limited federal government has no place for discrimination. Of the many mischaracterizations made of me by the press, the most repugnant to me have been the intimations that I am a white supremacist or a member of some other noxious group.
Discrimination on the basis of race, ethnicity, gender, creed, or anything of that sort is abhorrent to me. But more than that, it is ignorant.

The press has also intimated that my politics marches in lockstep with Steve Bannon’s. I have great respect for Mr. Bannon, and from time to time I do discuss politics with him. However, I make my own decisions with respect to whom I support politically. Those decisions do not always align with Mr. Bannon’s.

Without individuals thinking for themselves, society as a whole will struggle to distinguish the signal of truth from the correlated noise of conformity. I supported Milo Yiannopoulos in the hope and expectation that his expression of views contrary to the social mainstream and his spotlighting of the hypocrisy of those who would close down free speech in the name of political correctness would promote the type of open debate and freedom of thought that is being throttled on many American college campuses today. But in my opinion, actions of and statements by Mr. Yiannopoulos have caused pain and divisiveness undermining the open and productive discourse that I had hoped to facilitate. I was mistaken to have supported him, and for several weeks have been in the process of severing all ties with him.

For personal reasons, I have also decided to sell my stake in Breitbart News to my daughters.

I would also like to inform you of a decision I have reached with respect to my role at Renaissance, an organization I adore with colleagues whom I deeply respect and admire. I am 71 years old, the same age that Jim Simons was when he retired. I do not plan to retire, but I do plan to relinquish my management responsibilities.

Peter Brown and I have been Co-CEOs for the past eight years. On January 1, 2018, I will step down from my position as Co-CEO and resign from the board of directors. I will continue with the firm as a member of its technical staff, focusing on the research work that I find most fulfilling. Peter will continue on as CEO, and I will provide him with my counsel whenever he feels that I can be helpful to him and to the company where I have spent so many wonderful years.