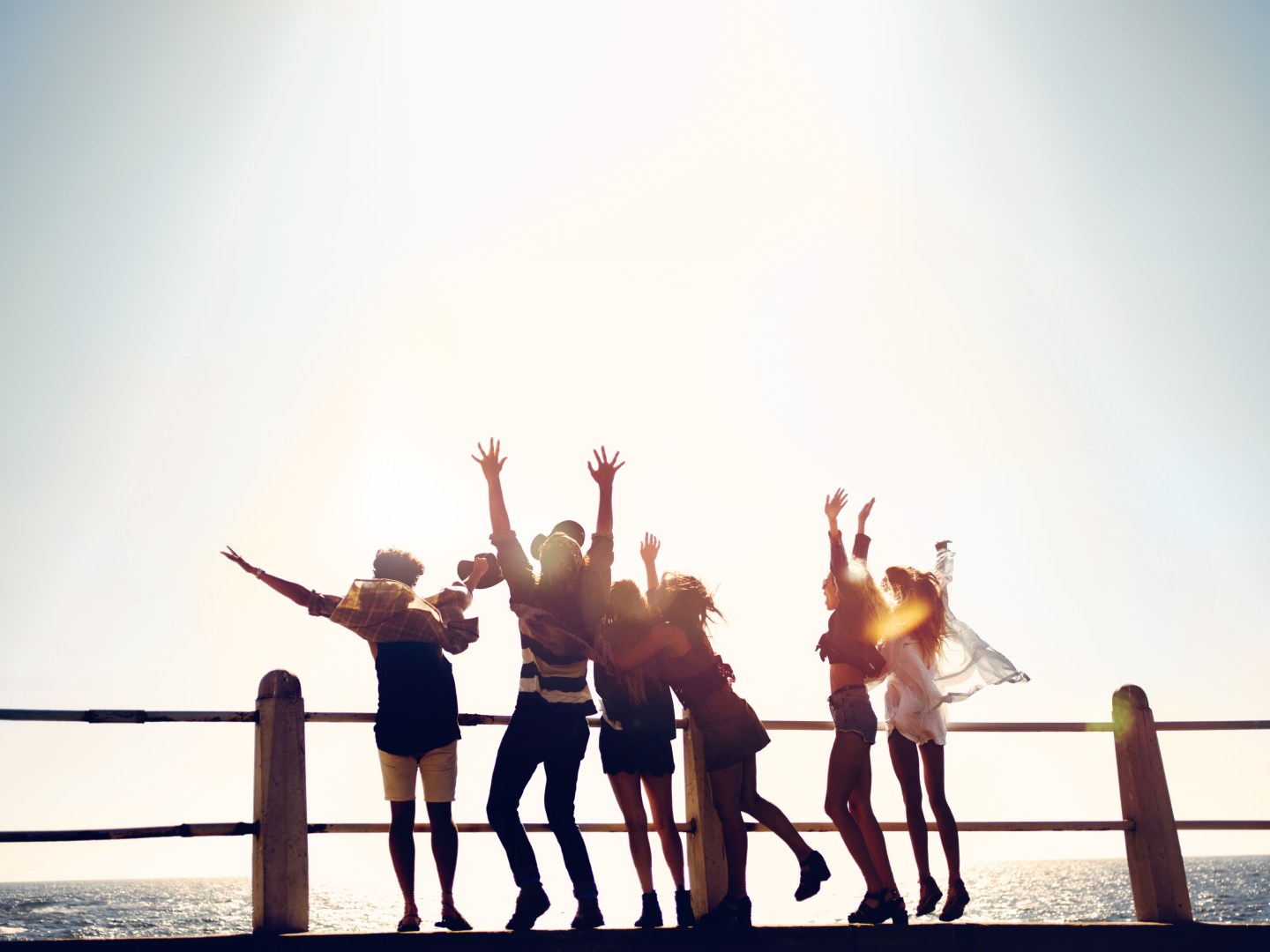 Becoming more likable is easier than you think.

There’s lots of research on the traits and behaviors that make people likable — that have nothing to do with what they’re saying.

Below, Business Insider has rounded up some of the most fascinating pieces of research on the best ways to make friends and impress coworkers, all without saying a word.

Have the person you’re with hold something warm.

An oft-cited 2008 paper, published in the journal Science, suggests that physical warmth is related to perceptions of interpersonal warmth.

In one small study described in the paper, 41 undergrads were asked to hold either a cup of hot coffee or a cup of iced coffee. Then all participants read a description of a hypothetical individual’s personality and rated them on multiple traits, including warmth.

Sure enough, participants who’d held the hot coffee rated the individual higher on warmth than those who’d held the iced coffee — even though they rated them similarly on other traits.

The authors write: “Experiences of physical temperature per se affect one’s impressions of and prosocial behavior toward other people, without one’s awareness of such influences.”

Read more: 16 psychological tricks to make people like you immediately

Speak in a higher-pitched voice.

OK, so you’ll technically have to utter something for this trick to work. But it’s less about what you say and more about how you say it.

A 2014 paper, published in the journal PLoS ONE, found that men and women who speak in a higher pitch are perceived as more likeable and more trustworthy. A group of 320 Scottish participants listened to 64 Scottish speakers say the word “hello,” then rated the speakers on different traits. Researchers drew connections between the speakers’ pitch and the subsequent ratings.

As Michael Woodward described the study on Psychology Today: “Although these judgments may not necessarily be accurate they do appear to be consistent.”

A small 2011 study, published in the European Journal of Personality, found that extroverts and self-centered people — really! — are perceived as more likable.

73 German university freshmen, who didn’t know each other, took turns introducing themselves to the group. The introductions lasted a matter of seconds, and the rest of the participants rated them on a number of measures, including: “How likeable do you find this person?”

The same study mentioned above found that likability also depended on “the speed and energy of [participants’] body movements” and “the self-assuredness of their body movements.”

It’s worth noting that the “originality of content” in the participants’ introductions mattered, too. But nonverbal cues are perhaps more meaningful than you’d think.

Copy the person you’re with.

This strategy is called mirroring, and involves subtly mimicking another person’s behavior. When talking to someone, try copying their body language, gestures, and facial expressions.

Sure enough, participants were more likely to say that they liked their partner when their partner had been mimicking their behavior.

Read more: Swapping one word for ‘can’t’ will make you more successful in dieting and in life

Spend more time around the people you’re hoping to befriend.

According to the mere-exposure effect, people tend to like other people who are familiar to them.

In one example of this phenomenon, psychologists at the University of Pittsburgh had four women pose as students in a university psychology class. Each woman showed up in class a different number of times. When experimenters showed 130 students pictures of the four women, the students demonstrated a greater affinity for those women they’d seen more often in class — even though they hadn’t interacted with any of them.

Subliminal touching occurs when you touch a person so subtly that they barely notice. Common examples include tapping someone’s back or touching their arm, which can make them feel more warmly toward you.

In a French study, published in 2007 in the journal Social Influence, young men stood on street corners and talked to women who walked by. The experiment took place over the course of three weeks, and 120 young women were included.

As it turns out, the men had double the success rate in striking up a conversation when they lightly touched the woman’s arms as they talked to them instead of doing nothing at all.

A University of Mississippi and Rhodes College experiment studied the effects of interpersonal touch on restaurant tipping, and had some waitresses briefly touch customers on the hand or shoulder as they were returning their change. As it turns out, those waitresses earned significantly larger tips than the ones who didn’t touch their customers.

More recently, researchers at Stanford University and the University of Duisburg-Essen found that students who interacted with each other through avatars felt more positively about the interaction when the avatar displayed a bigger smile.

Bonus: Another study suggested that smiling when you first meet someone helps ensure they’ll remember you later.

Read more: There’s a psychological reason why being open to failure often leads to insane success

Let other people talk about themselves.

Harvard researchers recently discovered that talking about yourself may be inherently rewarding, the same way that food, money, and sex are. So people generally appreciate a good listener.

In one study, the researchers had participants sit in an fMRI machine and respond to questions about either their own opinions or someone else’s. Participants had been asked to bring a friend or family member to the experiment, who was sitting outside the fMRI machine. In some cases, participants were told that their responses would be shared with the friend or relative; in other cases, their responses would be kept private.

Results showed that the brain regions associated with motivation and reward were most active when participants were sharing information publicly — but also were active when they were talking about themselves without anyone listening.

In other words, letting someone share a story or two about their life instead of blabbing about yours could give them more positive memories of your interaction.