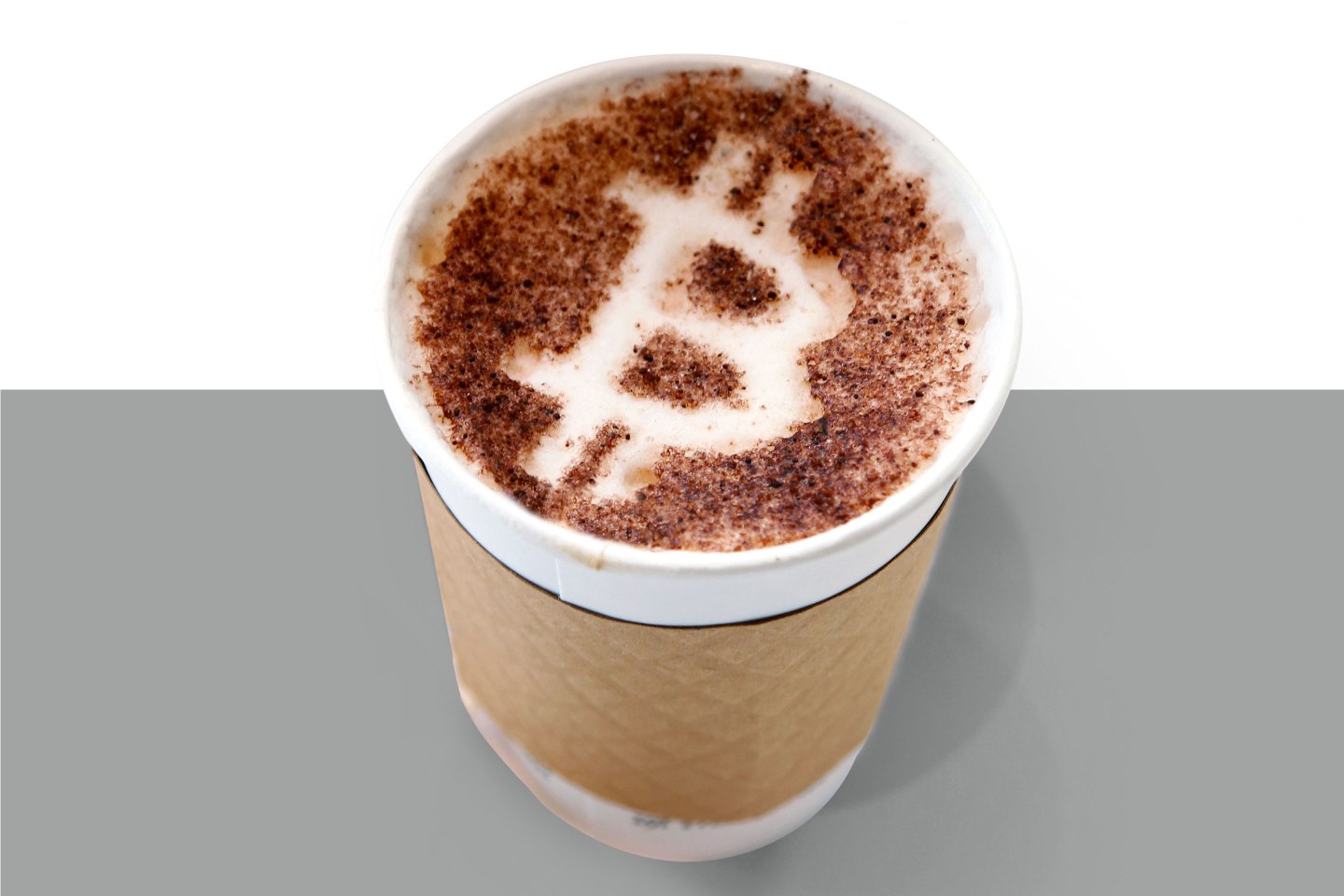 Coffee, a beloved beverage tracing its origin back hundreds of years, is being reimagined for the 21st century. San Francisco–based Cafe X built a latte-serving robot barista. Startup Bulletproof Coffee is pitching a healthier kind of brew—just add butter. (Don’t ask.) Mercedes-Benz is even testing out coffee delivery via drone in Zurich.

It’s all a little frustrating for Bitcoin fans, who have long dreamed of the day when they can pay for a cup of coffee with their cryptocurrency of choice. For now, alas, the Bitcoin network—a swarm of volunteer machines maintaining a secure digital accounting ledger—doesn’t have the capacity to handle so many small transactions within an industry worth $48 billion in the U.S. alone. The wait times for payment confirmations are too long. The transaction fees required to get an order through are too high. By the time a receipt gets generated, your joe has cooled.

But the crypto-coffee era may not be far away. Bext360, a one-year-old startup based in Denver, is taking an entirely different approach to getting your coffee, using a blend of mobile apps, robots, and blockchains—the shared ledgers upon which cryptocurrencies are based—to overhaul the tracking process from crop to cup.

The current processing system, says Bext360 CEO Daniel Jones, is antiquated. Growers, many of whom depend on family labor and unreliable income, are judged more on quantity than quality. By closing the feedback loop and rewarding farmers for superior harvests, Jones hopes to incentivize better farming practices.

Here’s how it works. Coffee cultivators load their daily haul—usually about 30 kilograms—into a machine equipped with sensors and optical recognition tech that sifts and sorts coffee cherries. This automated appraiser assigns each a grade based on quality (bigger and riper is generally better). The machine then links this output to special crypto tokens tracking the produce across its life span.

Bext360 is using a blockchain built by ­Stellar, a financial tech startup founded by Jed McCaleb, an entrepreneur whose previous projects included the Mt. Gox Bitcoin exchange (he sold it years before its demise in a widely publicized hacking) and the interbank cryptocurrency network Ripple. Unlike the hiccuping Bitcoin network, Stellar was built to handle a high volume of cross-border micropayments. “It’s a way to compensate farmers more fairly for what they actually produced,” McCaleb says.

Bext360 successfully tested its machinery in California over the summer. It plans to run more trials in Uganda and Ethiopia in coming weeks. If all goes as planned, it could reshape a multibillion-dollar industry. And perhaps we’ll know one day from where, and for how much, that drone-delivered coffee arrived.

A version of this article appears in the Nov. 1, 2017 issue of Fortune with the headline “The Future of Coffee.”