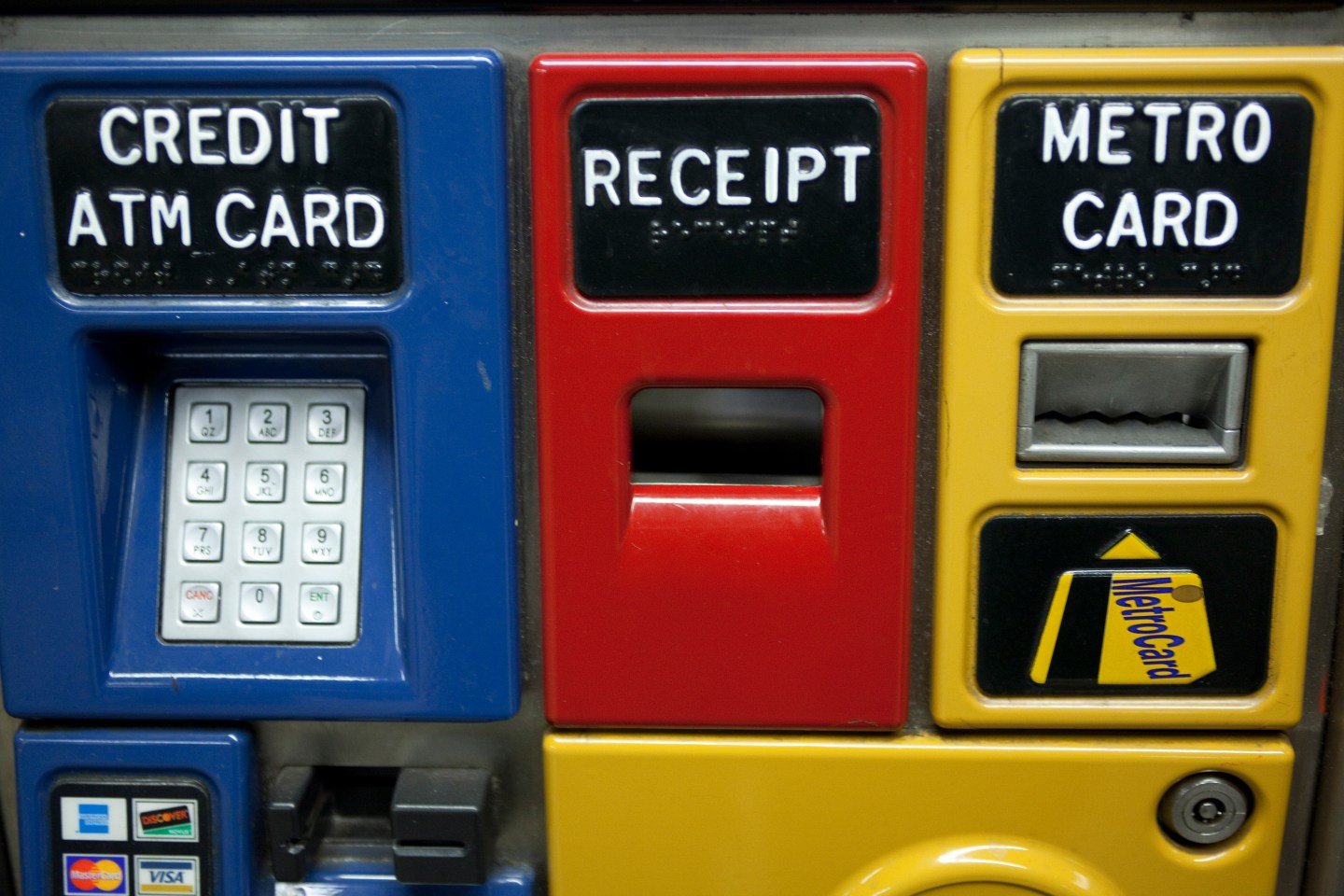 New York City’s transit system is about to jump into the present — at least in terms of how riders pay to use it.

“It’s the next step in bringing us into the 21st century, which we need to do,” Joseph Lhota, the chairman of the MTA said, according to the Times. “It’s going to be transformative.”

This represents a major shift from how commuters in the nation’s largest city currently pay for their transportation. Now, subway and bus riders must swipe a MetroCard, a thin paper-like card that they load with money at vending machines in subway stations around the city.

Once the new system is in place, passengers going through a subway turnstile or boarding a bus will be able to wave or tap a smartphone or a “contactless card.” These “contactless cards” will be credit or debit cards embedded with chips that use technology known as near field communication or NFC, according to the Times.

The MTA has approved a $573 million contract for the new system, according to the Times, and the technology will be adapted from the readers that have been in use on the London Underground.

The New York subway, plagued by aging and overcrowding, has seen increasing delays in recent months. While many of the problems New Yorkers face are not due to the payment system, the MTA hopes the change will help. It will take some time for all New York riders to experience the updated technology, but the transportation authority said it plans to install new readers in 500 subway turnstiles and on 6000 buses starting in late 2018. They hope to reach the rest of the buses and subway stations by 2020.

And for those who still like holding on to their MetroCards, they won’t disappear right away either. Passengers will be able to use MetroCards until 2023, marking 30 years since they were first introduced.