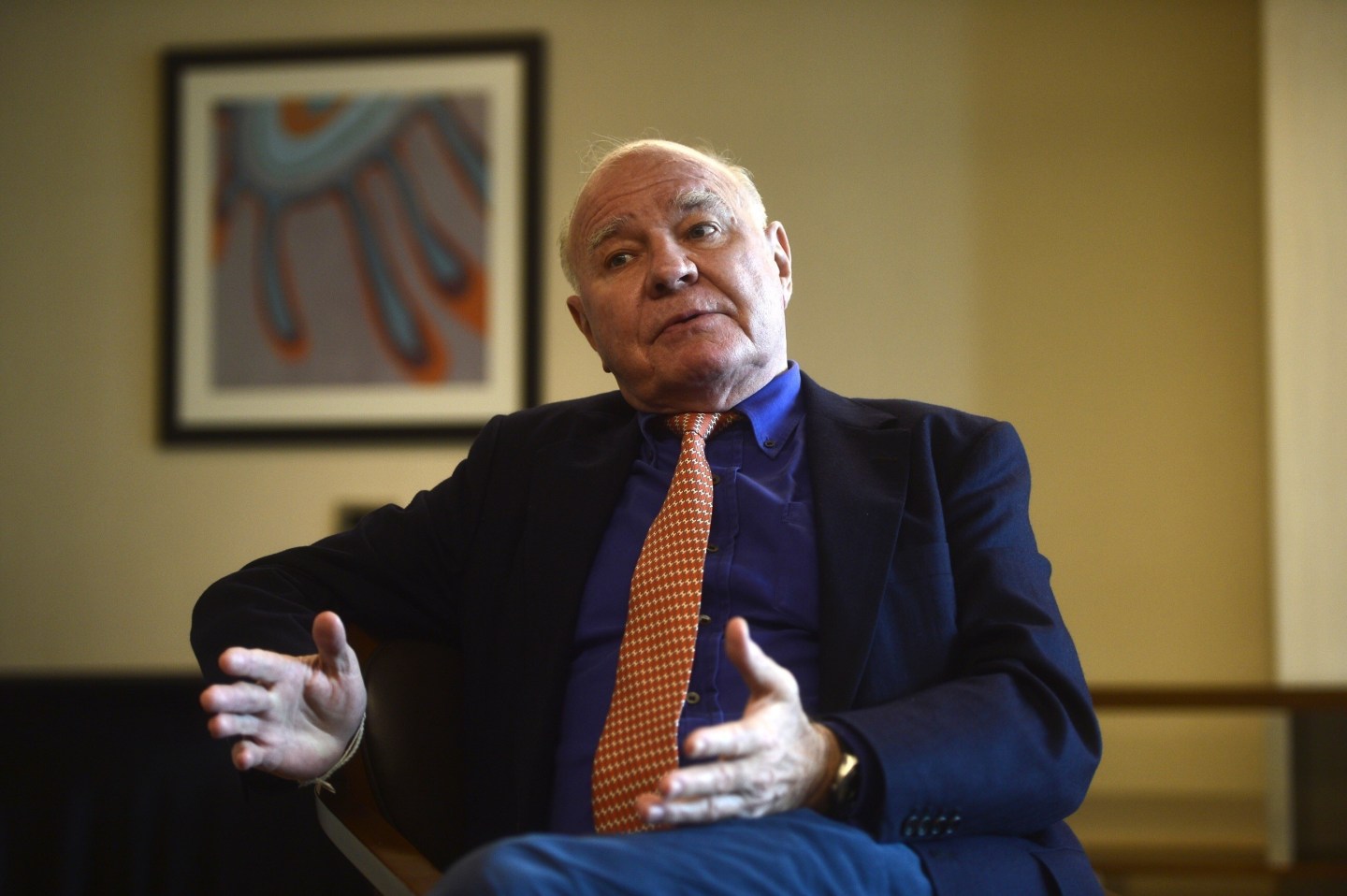 Marc Faber, the Swiss investor based in Thailand, provoked a backlash from business television and investment management firms on Tuesday after comments in his latest newsletter suggested the United States had only prospered because it was settled by white people.

The investor and commentator, known as “Dr Doom” for bearish calls on stocks and the economy, was dismissed from the boards of Canadian fund manager Sprott (SPOXF), NovaGold Resources (NG) and Ivanhoe Mines (IVPAF) after his remarks.

Business television networks such as CNBC and Fox Business said they would remove Faber from booking lists for their shows.

In the October edition of his newsletter, “The Gloom, Boom & Doom Report,” in a section discussing capitalism versus socialism, Faber criticized the move to tear down monuments commemorating the U.S. Civil War military leaders of the Confederacy, and said:

“Thank God white people populated America, not the blacks. Otherwise, the US would look like Zimbabwe, which it might look like one day anyway, but at least America enjoyed 200 years in the economic and political sun under a white majority.”

“I am not a racist,” Faber continued, “but the reality – no matter how politically incorrect – needs to be spelled out as well.”

The comments in his newsletter were circulated on Twitter after subscribers scanned and posted it.

CNBC and Fox Business Network, the business news television channels where Faber has been an occasional guest commentator for years, said Tuesday that Faber was now off their booking lists for their shows.

In response to CNBC’s decision, Faber told Reuters in an email: “What else would you expect?”

“If stating some historical facts makes me a racist, then I suppose that I am a racist,” Faber said by email.

“Maybe I am wrong and the U.S. would be far more prosperous if the blacks had populated it but then please explain to me why you would think so.”

Sprott, a Toronto-based alternative asset manager where Faber had served as a director since 2010, demanded his resignation and he complied, effective immediately.

“The recent comments by Dr. Faber are deeply disappointing and are completely contradictory with the views of Sprott and its employees,” Sprott Chief Executive Peter Grosskopf said in a statement. “We pride ourselves on being a diverse organization and comments of this sort will not be tolerated.”

Late Tuesday, NovaGold Resources and Ivanhoe Mines, both Vancouver-based mine development companies, announced the departure of Faber from its boards of directors, effective immediately.

“Ivanhoe Mines disagrees with, and deplores, the personally-held views about race that MarcFaber has published in his current investment newsletter,” Ivanhoe said in a statement.

Faber has been on the board of Africa-focused Ivanhoe since 2004 and was paid $120,305 in fees and share-based awards last year, a company filing showed.

Faber, who has been a director of Novagold since 2010 and is on the board’s corporate governance committee, was paid $199,019 in cash, stock and options by the miner in the fiscal year ended Nov. 30, according to a Novagold filing.

Faber, who has said that he predicted the 1987 stock market crash, made his comments after a lengthy critique of socialist policies which were prefaced by a reference to this summer’s violent demonstrations in Charlottesville, Virginia, in which one woman was killed.

Faber described monuments commemorating the U.S. Civil War military leaders of the Confederacy, which were at issue in the protests, as “statues of honorable people whose only crime was to defend what all societies had done for more than 5,000 years: keep a part of the population enslaved.”