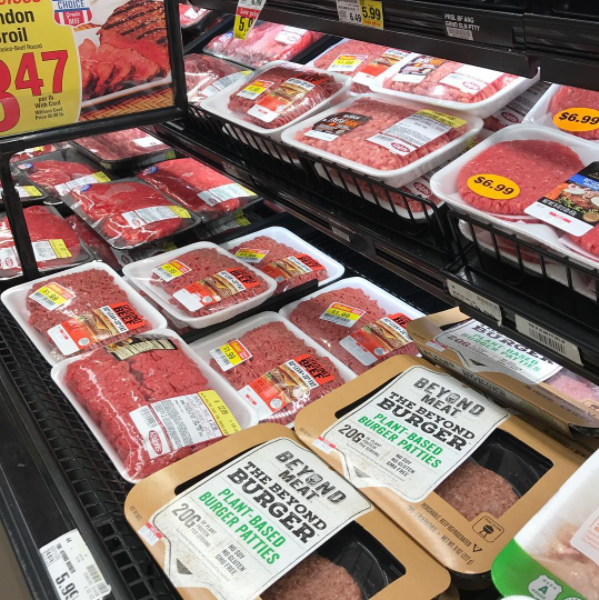 Courtesy of Beyond Meat

Meat substitute manufacturer Beyond Meat has announced that Leonardo DiCaprio has become one of its investors.

The screen legend joins other investor luminaries who have backed the company’s goal of making mass market, plant-based alternatives to meat. They include Bill Gates, Twitter co-founders Biz Stone and Evan Williams and venture capital firm Kleiner Perkins Caufield and Byers. A former McDonald’s (MCD) CEO has invested, along with animal protection organization the Humane Society, and the meat company Tyson Foods (TSN).

DiCaprio is a vocal campaigner for climate change awareness and has donated $20 million to combat its impact and causes through his foundation.

Those interests align with Beyond Meat’s mission: to create a plant-based product that looks, tastes, and behaves just like meat but has a much lower environmental impact because it takes livestock—one of the biggest contributors to greenhouse gas emissions—out of the equation.

“Leo is serious about climate change,” Beyond Meat CEO Ethan Brown tells Fortune. “He’s a really good ally for us.” Brown added that “this is not a celebrity deal. He is someone who genuinely believes in what we’re doing and wants to help grow it.”

“Livestock production is a major contributor to carbon emissions,” DiCaprio said in a statement. “Shifting from animal meat to the plant-based meats developed by Beyond Meat is one of the most powerful measures someone can take to reduce their impact on our climate.”

Beyond Meat increased its distribution sevenfold over the summer when it landed in the meat case of some Kroger (KR) and Albertsons locations. Brown has been adamant that its Beyond Burger product sits in the meat aisle rather than with the alternative proteins in the frozen food section.

Beyond Meat is part of a growing number of startups looking to make meat (or something very close to it) without animals in order capitalize on consumers who are attempting to cut back on the amount of meat they eat for environmental, animal welfare, and health reasons. Brown and his team want to make their products as meat-like as possible to appeal to carnivores rather than the small (if growing) number of vegans and vegetarians that plant-based alternatives have historically targeted.

The investment from DiCaprio in the Los Angeles-based startup follows recent big funding news in the meat-alternative sector with Memphis Meats closing a $17 million Series A fundraising round in August. That round included the likes of agro behemoth Cargill Inc., Bill Gates, and Richard Branson.

While Beyond Meat is making its products out of plants, Memphis Meats grows meat in tanks by feeding oxygen, sugar, and other nutrients to living animal cells.