Everything You Need to Know About the Debt Ceiling 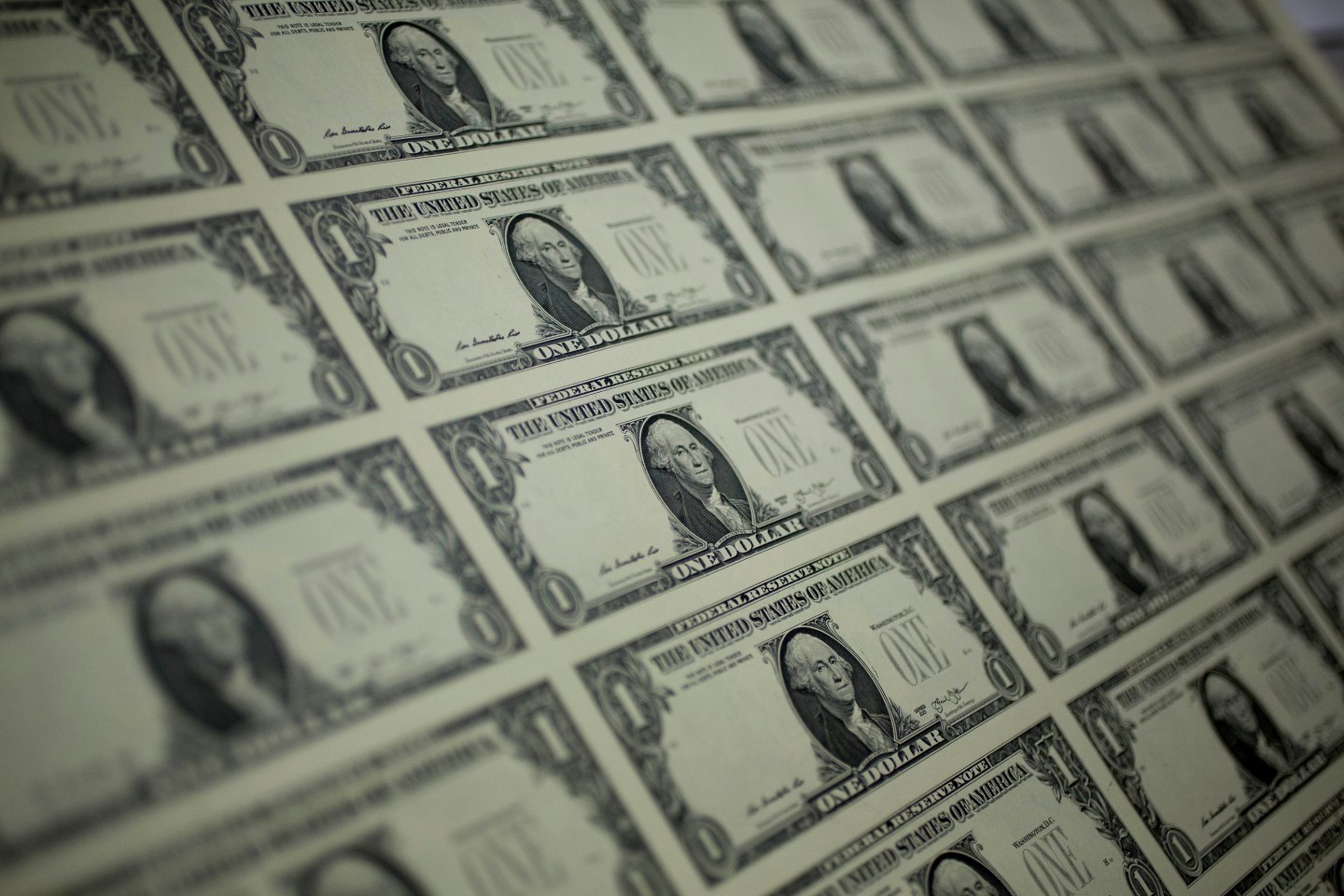 Is the United States headed for another financial fiasco?

In Washington, D.C., politicians, pundits, and bond traders are starting to worry about that very question—whether a dysfunctional GOP will be able to successfully increase the limit on the the amount of money that the United States government can borrow (more popularly known as “raising the debt ceiling”).

Most of the Republican bigwigs seem to be in unison on the issue: Secretary of the Treasury Steven Mnuchin, Director of the Office of Budget and Management Mick Mulvaney, Senate Majority Leader Mitch McConnell, and Speaker Paul Ryan have all called for a “clean” debt ceiling increase—that is, one without any additional provisions curbing government spending. But several other conservatives have come out against a clean bill, which could have huge ramifications: Representative Tom Cole (R-Oklahoma) told the hosts of Morning Joe that the House of Representatives is unlikely to pass a clean bill, noting that “[m]ost Republicans want to do something to lower the trajectory of the debt.”

With the battle heating up and the deadline for action fast approaching—Mnuchin says the country will hit its current limit by September 29th—Pacific Standard asked David Wessel, the director of the Hutchins Center on Fiscal and Monetary Policy at the Brookings Institution, to answer some of our questions about the debt ceiling and why it’s become such a controversial topic.

Let’s start with the basics. What is the debt ceiling?

And what will happen at the end of September if Congress doesn’t raise the debt ceiling?

Basically what happens is, once they hit the debt ceiling, and they can’t borrow anymore, they can only spend as much money as they take in on any given day. Some days they take in a lot of money, some days they don’t. So they won’t have enough money coming in to pay all the bills, and they’ll have to decide which bills and obligations to pay. They might pay the interest on the debt, they might send out Social Security checks, they might pay doctors who take care of Medicare patients, they might pay federal employees, but they’ll have to make a choice as to who are they actually going to pay. And that will have consequences.

Well, the U.S. Treasury debt is thought to be the most safe security in the world. It’s the one thing called a risk-free security. It’s something that everybody in the world expects will be solid, that the interest will be paid on time. So we would call into question the security of one of our biggest assets: the ability of the U.S. Treasury to borrow money.

In fact, it’s already beginning to affect the interest rate that the bond market sets on Treasury securities. There appear to be some investors who are afraid that, sometime around September 29th, there might be a delay in getting their interest payments. So there’s almost a little bit of a fire sale—nobody wants to be stuck holding the securities that have interest payments due on that date. They want to have something due before or after. We know that, from the past, when there were these controversies over the debt ceiling, that it was expensive for the U.S Treasury and taxpayers. They had to pay a little more money to borrow because people got a little nervous. And that’s just for something that never actually jumped over the ledge, so I think it would be pretty disruptive.

Now one thing we know from evidence from the Federal Reserve about discussions they had back in 2011, that have since been made public, is they’ve thought about how they could pay interest on the bonds and hold off on paying other bills for a while if this is like a two-day event. But [prioritizing those interest payments] would have political ramifications. Imagine if the government said to all the people who get Social Security, “Your check’s going to arrive a week late because Congress is screwing around.”

Speaking of prioritizing payments, there’s an idea floating around, backed primarily by the Freedom Caucus, that it wouldn’t be such a big deal if the U.S. hit its borrowing limits, because the Department of the Treasury could, in fact, just prioritize which bills to pay. They could prevent an actual default by prioritizing debt servicing payments, for example. What do you think of that line of argument?

The good thing, or the bad thing, is that, because we’ve had a couple of these scares, people are beginning to figure out, if the worst comes to pass, how would we manage?

But we don’t really know what would happen—it’s a lot harder than it sounds. And the mere fact of the U.S. Treasury being unable to meet some of its obligations, whether they were obligations to bond holders or to social security recipients or to defense contractors or federal employees … are we really in need of more reasons to distrust the federal government? I think it would have long-lasting effects. And I don’t really care very much about a fifth of a percentage point on some Treasury bonds that may go away, but I think it’ll raise the question forever of whether people can trust the U.S. government, both investors and our own citizens.

You want to have a plan in case your house burns down, but that doesn’t mean it’d be OK for you to burn down your house. And I think the people who are saying it’ll be OK are taking a big risk.

Freedom Caucus aside, most everyone actually does agree that the debt ceiling needs to be raised. Why is this even a controversial issue? Shouldn’t this be an easy vote?

Part of it is the dysfunction in D.C. right now. Things that once upon a time we thought were kind of automatic are no longer automatic.

It’s become a symbol for people who want to control government spending. In the past, things were often attached to the debt ceiling in order to use it as a lever to get something you wanted. Some of the past deficit reduction mechanisms, for example, were attached to the debt ceiling. So the Democrats say: “Wait a minute, you want us to vote to raise the debt ceiling on Monday, and then on Thursday you’re going to pass some budget resolution that gives big tax cuts to rich people, which means we have to borrow more? Why would we enable that policy that we don’t like?”

And a number of the Republicans are saying: “Look, unless we have some kind of crisis, some kind of action-forcing event, we’ll never agree to cut spending. So I will vote to raise the debt ceiling only if it’s packaged with some kind of promise that I can brag about to cut spending.” It becomes a lever for people to pursue their fiscal objectives.

There’s nothing new about that, it just seems to be a little bit more intense now, and a lot more unpredictable.

Do you think Congress will manage to get it done in time?

Yeah, at the last minute. My prediction is they’ll manage to raise it before we get to the point of default. They’ll find some way to do it. Either they’ll attach it to something that gets them enough conservative Republican votes, or they’ll make it clean enough that they can get the Democrats.

This is reminding a lot of people that this is really a stupid thing. Congress has already voted to spend the money. This is like spending the money on your VISA card, and then the bill comes, and you say, “Eh, I’m just not going to pay it.”

This story originally appeared as “Here’s What You Need to Know About the Debt Ceiling” on Pacific Standard, an editorial partner site. Subscribe to the magazine’s newsletter and follow Pacific Standard on Twitter to support journalism in the public interest.