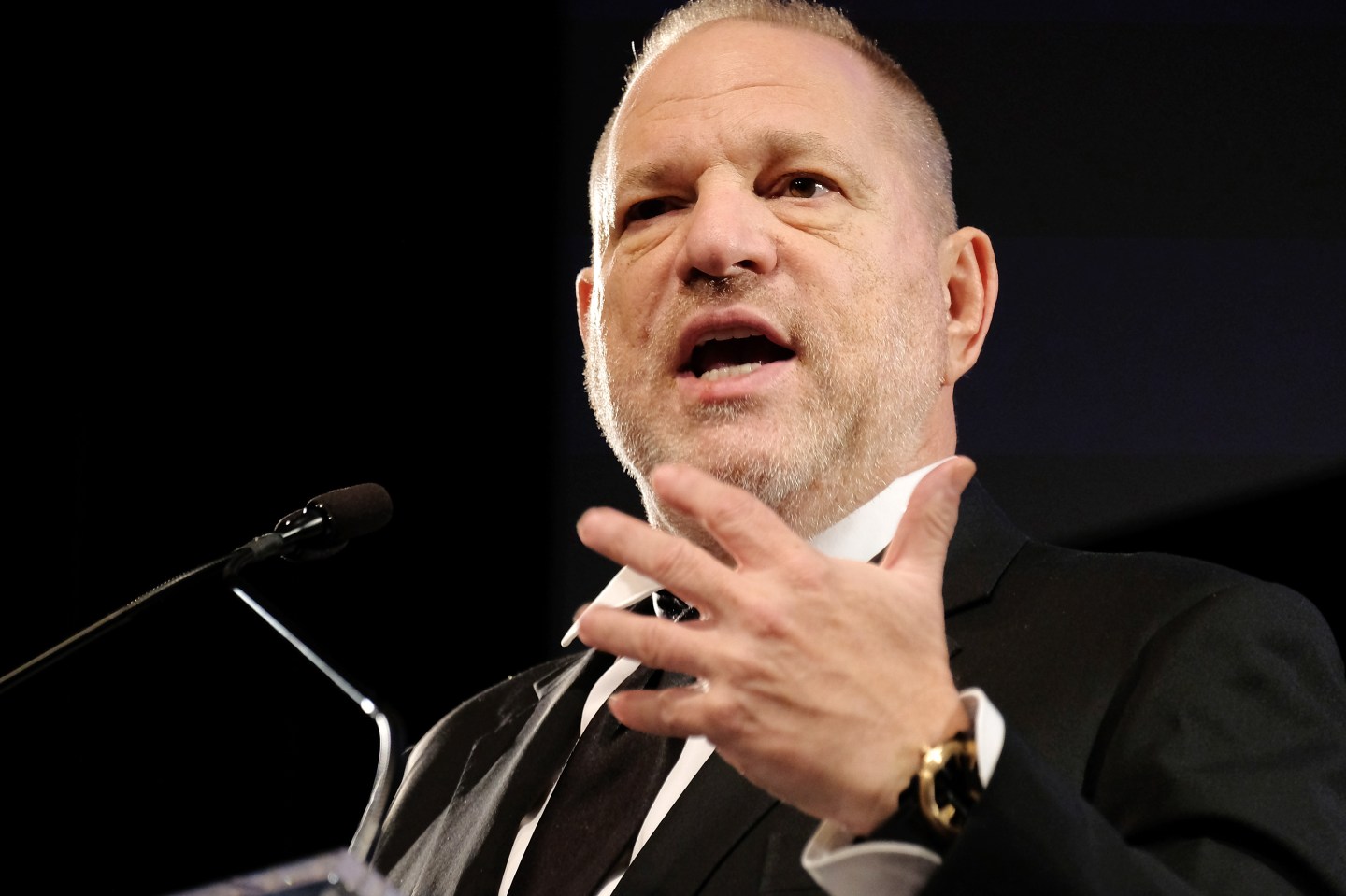 Apparently, once you turn off the lights and the cameras, Hollywood is no different from any other industry that forces women to endure unwanted sexual advances as part of the normal cost of doing business. Last week, The New York Times revealed that producer Harvey Weinstein has allegedly been using his position to sexually harass starlets for roughly 30 years, in which he apologized for the way he “behaved with colleagues in the past.” And this week, The New Yorker revealed allegations of rape against the Hollywood mogul, which he denied.

I, for one, was shocked. I’d always believed that tinsel town would never expect, require, or encourage us to barter sex for employment or advancement.

That sound you hear is the collective eye roll of every female in America.

You are hard pressed to find a woman who doesn’t have her fair share of inappropriate encounters in the workplace, and I’d be lying if I claimed to be the exception to the rule. Over the course of my 13-year career on Wall Street, I regularly absorbed comments on my makeup, my weight, and my clothing. I had my bra snapped, my skirt raised, and once had a client attempt to remove my shoes and rub my feet after I had to walk a whopping two blocks to his office wearing heels. I was asked to sit on laps, rub shoulders, and share cars even though I was going in a completely different direction. Like many other women, I shrugged all of it off. It was easier to pretend that none of it bothered me than it was to log complaints.

I’m not surprised by any of this, which is a sad statement about women’s equality in 2017.

Powerful male executives have long been paying their alleged victims to stay silent. Former Fox News chairman Roger Ailes and former Fox News host Bill O’Reilly are alleged to have similarly offered money to women to drop claims of sexual misconduct (both denied the sexual harassment allegations). It’s a dangerous trend that needs to stop if we expect to see a meaningful shift in female-objectifying corporate cultures. We can scream and yell and post and march and tweet until our thumbs bleed, demanding equality in the workplace, but what’s the point of any of that if, when push comes to big, hairy, repulsive, shove, we don’t believe that what we have to say will matter?

But if we allow money to silence us when we’re victimized, we’re validating the assertion that we’re somehow less than our male peers, who by the way, probably don’t have to contend with a naked superior in a hotel room just to land a job. We’re giving male executives permission to continue this pattern of behavior because they think that throwing money at the problem will make it go away. Well, I think the time has come for us to show that we aren’t going anywhere––and that most certainly includes Weinstein’s bathtub.

The common thread in the Weinstein scandal is that he preyed on women who were young, unknown, and in his opinion, powerless. It’s always that way. It’s utterly ridiculous to somehow suggest that the women tangled up in this particular web of horror were complicit in their abuse––that none of it would’ve happened if they’d only been smarter, or stronger, or my personal favorite, wearing Donna Karan. It happened because for 30 years, Weinstein assumed no woman would be capable of summoning the nerve to speak out.

Women don’t have to have a united front on everything. We have different histories, upbringings, experiences, values, skin colors, religions, sexual orientations, and opinions—and I love that about us. I don’t think that our gender requires us to see the world the same way, or believe in the same causes, or pray to the same God. But we have to believe that we’re actually strong enough to fight for ourselves, no matter how powerful the opponent.

We are even strong enough to win.

Erin Duffy graduated from Georgetown University in 2000 with a B.A. in English and worked on Wall Street, a career that inspired her first novel, Bond Girl.