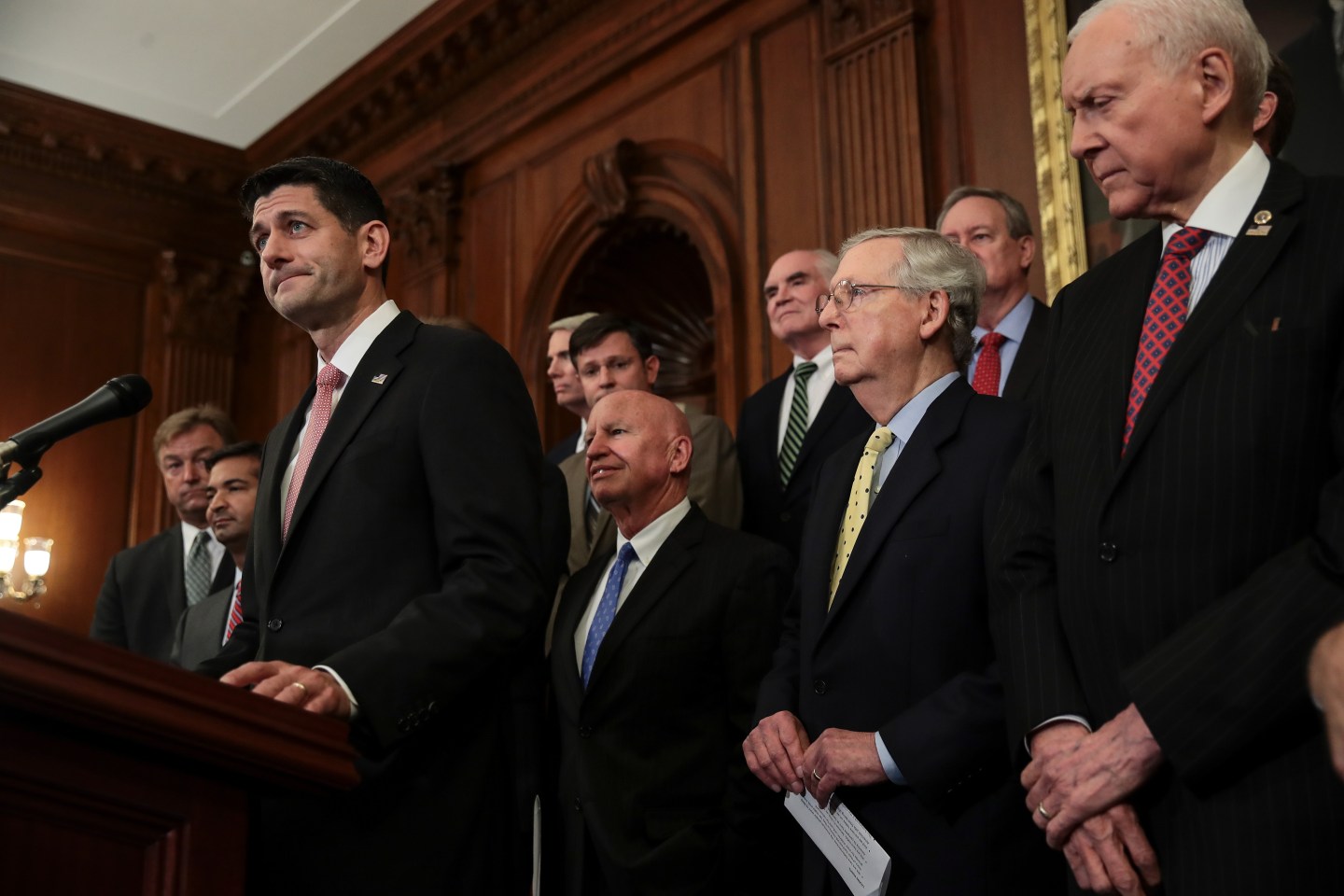 The Trump administration’s tax proposal reduces tax rates for corporations and for high-income individuals, but does not do much to increase the wealth of the middle class. The only way it could do that is by reducing taxes for companies that share profits or stock with employees.

Real wages for most of the middle class have been basically flat for several decades in spite of a recent uptick. Most of the new wealth in our society is going to the top. The concentration of capital ownership—namely the ownership of stocks, bonds, real estate, and other assets—and the concentration of capital income, such as interest, dividends, and capital gains, is getting much worse. But the families who are doing better are those families whose income and wealth is coming from sharing in the profits and gains of owning a business or working in a business and earning some form of stock ownership in a business or being granted stock or stock options.

Let’s be clear: Profit and equity sharing in American history were ideas largely designed by Republican industrialists and business leaders in the 19th century and early 20th century to protect capitalism by making it more inclusive. Democrats brought their support to the ideas mainly in the 20th century.

In 1792, President George Washington, Cabinet member Thomas Jefferson, and Secretary of the Treasury Alexander Hamilton collaborated on a policy to give what was essentially lower tax rates to ships in the cod fishery if the captains and ship owners offered broad-based profit shares to all of the sailors and crew. Cod was one of the top exports of the United States during the period just before the American Revolution in 1776, and this tax policy was designed to encourage economic development and increase the incomes of those sailors and crew through shares.

In the first part of the 20th century, as employee share ownership plans spread among corporations, better tax treatment through tax deductions was offered for a variety of share plans by both Republican and Democratic administrations. During President Franklin Delano Roosevelt’s administration, Sen. Arthur Vandenberg (R-Mich.) collaborated with the Democrats to offer a better tax situation to companies that offered deferred profit sharing plans. This created a 67-fold increase in profit-sharing companies in the country at the time, according to the Encyclopedia of Retirement and Finance.

After World War II, the idea of better tax treatment for companies doing capital shares took hold in other ways. Congress offered significant tax deductions to companies offering retirement and savings plans to their employees. Those retirement plans were largely invested in the stock and bond markets. During the 1970s and 1980s, both Republicans and Democrats collaborated on creating a series of extensive tax breaks for Employee Stock Ownership Plans (ESOPs). Notably, President Ronald Reagan and legendary Democratic Louisiana Senator and Senate Finance Chairman Russell B. Long worked together on an expansion of these tax incentives, and the number of ESOPs dramatically increased by over 400% from the late ‘70s to 2014.

There have been a number of proposals over the years for lower tax rates for companies with profit sharing and for lower tax rates for companies that invest in employee training, and other aspects of high-performance work systems that benefit both employees and companies. In 1996, Sen. Edward Kennedy (D-Mass.) advanced a plan called the “Corporation A” tax code, which was introduced by Sen. Jeff Bingaman (D-N.M.) and Sen. Tom Daschle (D-S.D.) to provide better tax treatment to companies that had broad-based profit sharing, employee equity shares, and other characteristics. In 2000, we proposed lower tax rates for profit and equity-sharing firms as part of a study for the Aspen Institute’s Domestic Strategy group.

The level of reduced taxes for businesses with capital shares would be up to bipartisan negotiation, while the profit-sharing and employee share ownership forms and formats should be up to businesses and boards to decide, as they are today. The key point is that trillions of tax breaks should not be used in tax reform to continue the concentration of wealth and the decline of America’s middle class.

Profit sharing and employee share ownership plans have bipartisan appeal: They don’t redistribute wealth, they are easy to understand, and educated people realize that employees will only benefit if they earn these shares by helping to make the companies more profitable and the stock more valuable.

We now need for a small group of conservatives and progressives to come together and support this idea. In the 2016 presidential election, the Democratic Party endorsed profit sharing in its platform, while employee share ownership was endorsed in the Republican Party’s platform. For conservatives, the capital shares at the workplace idea plays to the emphasis on individual personal responsibility and earning your keep. For centrists, liberals, and progressives, encouraging workplace capital shares provides a specific approach to sharing precisely what is a root cause of the concentration of wealth and capital income. If capital ownership and capital income are concentrated, then why not broaden access to both? Luckily, 20% of employees have access to employee share plans, while 20% to 30% have access to gain sharing and profit-sharing plans, so companies nationwide are familiar with the concepts. Now it is time to encourage expansion of the breadth and depth of these plans.

There are serious questions about whether the administration’s legislative proposals are going to pass with the bad rap on the middle class that they are now getting. Republicans need a new idea to emphasize the bill’s appeal to the middle class, while Democrats need to make a standout, substantive, and intelligent contribution to the bill that will make the middle class recognize that they made a sincere effort to improving middle class wealth through tax reform. It is time for constructive Republicans and Democrats on the tax committees in the House and Senate to join together to design this workable bipartisan idea into realistic legislation.