5 Cities With Great Job Markets For People Over 50 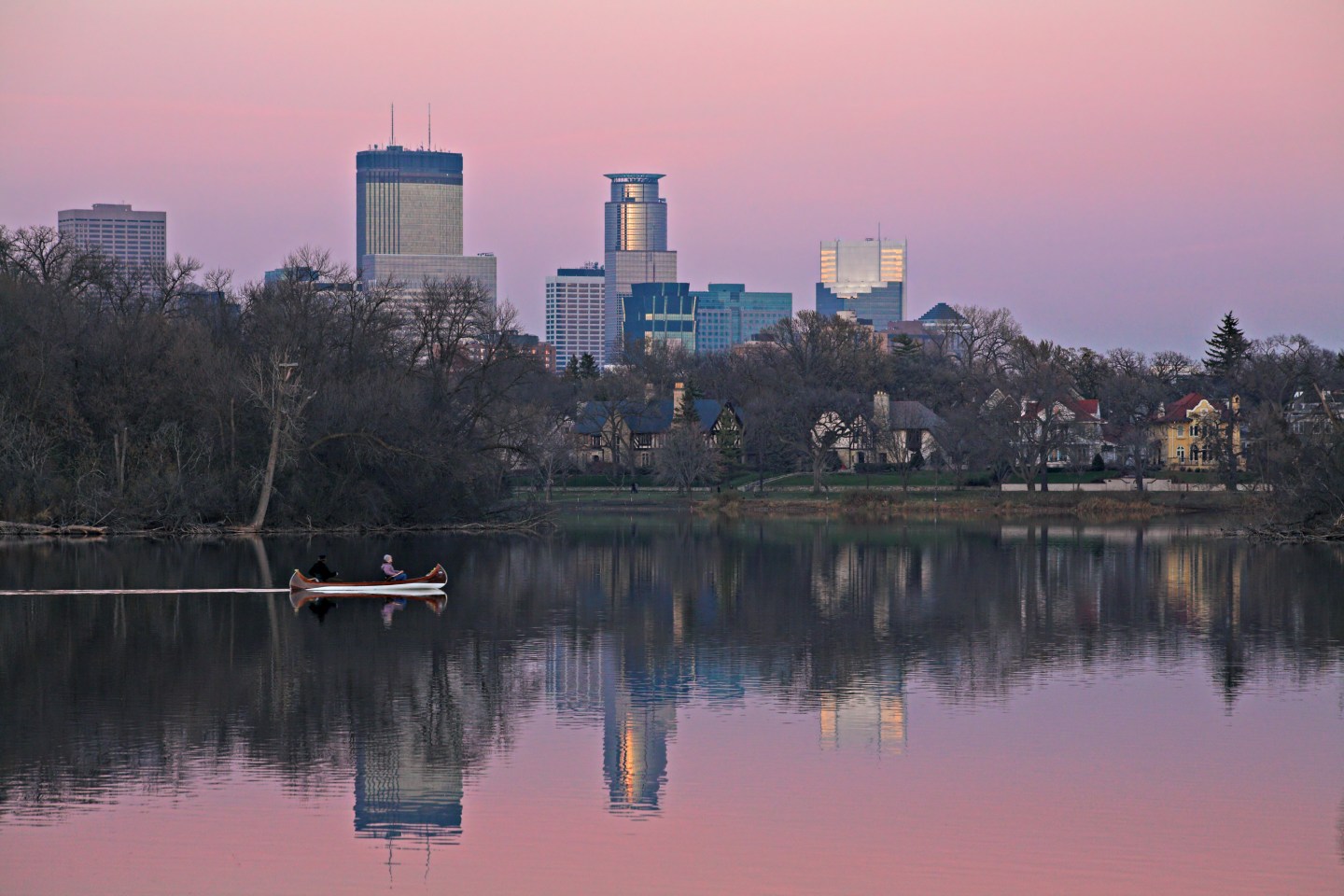 The years between age 50 and 70 represent a tricky transitional “life stage” for many professionals. If you’ve been successful at work, you may already have the means to retire. Chances are, though, that you’ve got too much energy, and too many “what if” ambitions, to commit to leisure full time. You may be ready for a big change, in other words – just not a change from “working” to “not working.”

If this describes you, you’re part of a growing cohort. The average retirement age has risen steadily for the last 20 years. That’s partly a sign of greater financial strains on baby boomers who feel they can’t afford to retire, as Alicia Munnell of the Center for Retirement Research at Boston College wrote this week for MarketWatch. But it also reflects the rise of a well-educated segment of the workforce that has been able to extend their careers longer thanks to better health and the growing importance of “knowledge jobs.”

Some U.S. cities have economic climates that are particularly friendly to job seekers in this demographic. Their job markets are generating opportunities that are great for locals—and good enough to encourage “pre-retirees” to consider relocating. Indeed, it’s not uncommon for empty-nesters to move to an area where they’re considering retiring, long before they actually stop working, when a new job facilitates such a move.

Here are five cities that look particularly welcoming, based on the fastest-growing sectors of their economies and the cultural amenities they offer to a veteran professional who’s looking forward to some free time.

The booming tech industry in Texas’s state capital gets most of the attention, but the education, health, and leisure-and-hospitality sectors have added more than 11,000 jobs in the past year.

A population boom and rising housing prices have dimmed some of the “Keep Austin Weird” reputation of the city’s arts community. But the city’s music and film scenes remain vibrant. And San Marcos, 32 miles south, is another university town where an artsy eccentricity and lower cost of living still prevail.

Greenville is the biggest city in South Carolina’s Upstate region in the Appalachian foothills. Upstate has become a hub for manufacturing and engineering in recent years, since state tax breaks lured employers like BMW, Michelin and GE. Jobs in financial services, government and education are on the rise as the region grows.

The city’s mild winter weather and its web of hiking and biking trails make it a favorite haunt of outdoorsy baby boomers. Asheville, N.C., and the Blue Ridge mountains are an hour north, while South Carolina’s beaches are about four hours away. Greenville has also become a major foodie destination, with craft breweries, a huge selection of locally owned restaurants, and a popular farmers’ market.

The Minneapolis metro area saw 2.3% job growth over the past year, according to the Bureau of Labor Statistics, almost a full percentage point more than the nation as a whole—adding nearly 45,000 jobs. The health care and business services sectors in the area have grown particularly quickly, and average wages in the city outstrip the national and regional averages.

Winter weather drives some retirees away from the Twin Cities, but AARP reports that the area has actually seen a net migration of workers over age 50 in recent years. And healthy lifestyles, especially outdoor sports, are part of the draw. In surveys by the UnitedHealth Foundation, Minnesota has ranked among the nation’s 10 healthiest states every year since 1990, thanks to a strong statewide health-care network and very high rates of physical activity among residents.

Orlando has been one of the nation’s fastest-growing job markets for several years, with an economy driven by immigration, affordable real estate, and “snowbirding” baby boomers resettling for their empt7-nest years.

Joke all you want about grown men and women wearing Mickey Mouse ears, but the DisneyWorld and Universal Studios theme park complexes are major employers for people over 50 who want to trade the stresses of a white-collar career for something more light-hearted. Meeting planners, marketing pros and medical adminstrators are also in high demand in the Orlando.

Utah has become something of a refuge for knowledge-industry companies that no longer want to put up with the costs of real estate and wages in California or the Pacific Northwest. (Just ask the tech companies of the state’s “Silicon Slopes.”)

But since Utah itself isn’t exactly populous, job openings often outnumber the available talent. Consequently, Salt Lake City has enjoyed among the highest rates of salary growth in the country over the past decade, according to BLS data. Those dollars stretch a lot further in a metro area where housing costs are quite a bit lower than the national average. The upshot: More disposable income for skiing and hiking excursions in the Mountain West.