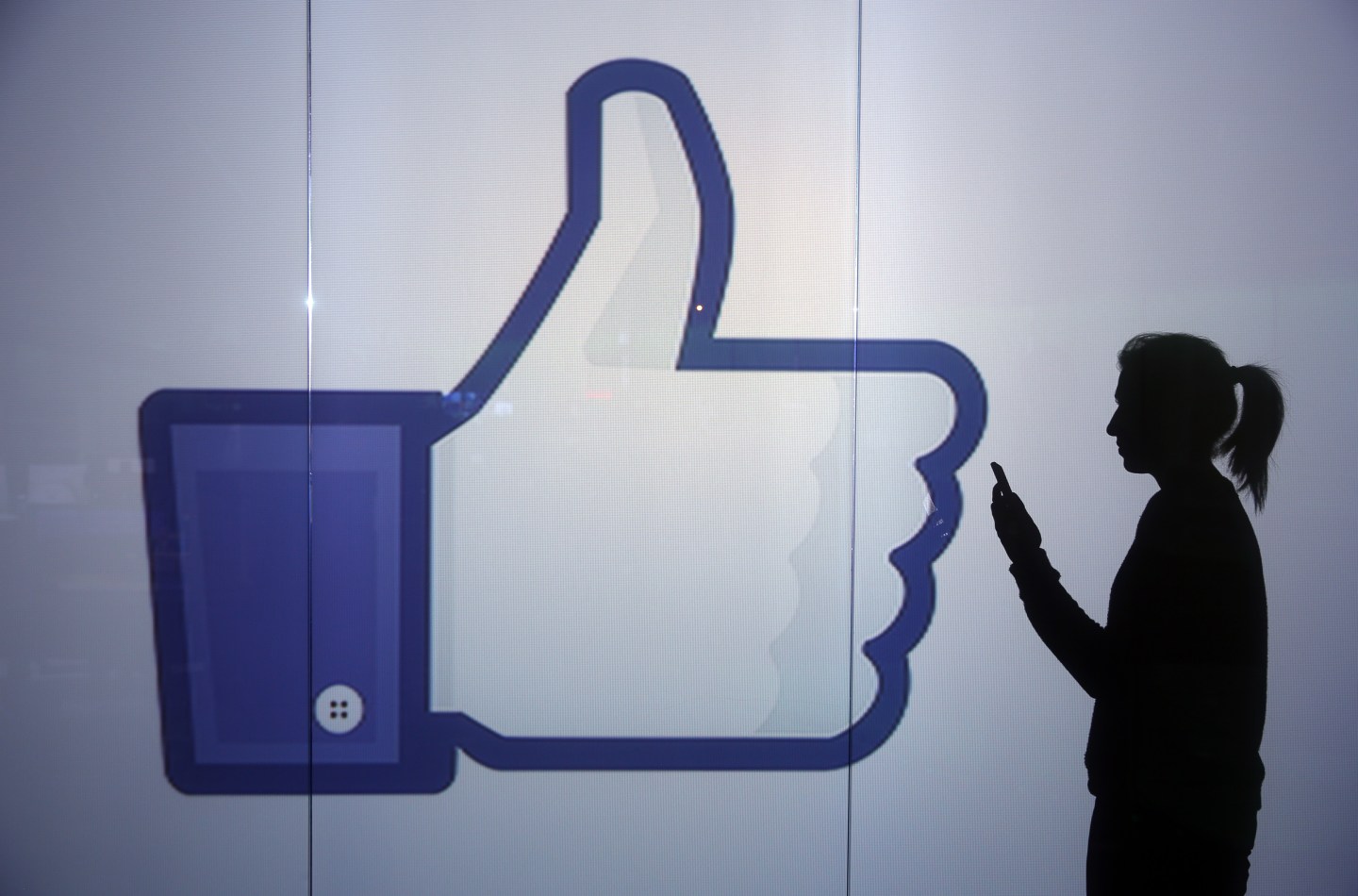 A woman stands and checks her smartphone whilst framed against an illuminated wall bearing Facebook Inc.s 'Thumbs Up' symbol in this arranged photograph in London, U.K., on Wednesday, Dec. 23, 2015. Facebook Inc.s WhatsApp messaging service, with more than 100 million local users, is the most-used app in Brazil, according to an Ibope poll published on Dec. 15. Photographer: Chris Ratcliffe/Bloomberg via Getty Images
Chris Ratcliffe/Bloomberg via Getty Images

In recent months, the U.S. Justice Department has issued subpoenas against Facebook (FB) and web host DreamHost for records of thousands, perhaps millions, of citizens who expressed interest in protesting President Trump’s inauguration. Such requests, while perhaps well-intentioned, impinge on constitutional values embodied in the First, Fourth, and Fifth amendments. And worryingly, there is no good way now to ensure such values are respected.

Social media and web-hosted platforms generate business records much like bookstores, libraries, and video stores—just at a much higher rate, and entangling many more people. The Justice Department’s request to DreamHost, for example, potentially swept in 1.3 million people.

Prosecutors often have legitimate interests in these records. The ongoing Las Vegas investigation into gunman Stephen Paddock, for example, will properly reach records of his online activity. Many terrorist investigations hinge on tracking suspects’ interactions with online radicalizers, necessitating the acquisition of records.

At the same time, subpoenas pose challenges to privacy and political freedom. First, the specter of wide-ranging government power to acquire records of online interactions might alter people’s behavior, allowing government to subtly influence the shape of public debate. Second, subpoenas respecting online conduct allow government to identify those with divergent views—and to target them for harassment or punishment.

These are precisely the concerns that led to James Madison’s drafting of provisions in the Bill of Rights in 1791 to protect not just a right of free speech, but also rights against unreasonable searches and seizures and compelled self-incrimination under the Fourth and Fifth amendments, respectively.

A key case that the Bill of Rights’ framers knew well was the 1763 decision in Wilkes v. Wood. Parliamentarian John Wilkes was a loud critic of the prime minister. After Wilkes published an especially stinging pamphlet, his home was raided for inculpatory papers. In a case closely watched in the colonies, Wilkes then sued for damages—and won.

In 1886, the Supreme Court faced its first important case on the meaning of Fourth and Fifth amendments. Edward Boyd, a glass merchant, challenged a government subpoena for documents related to alleged evasion of customs duties. Drawing on the Wilkes case and other Founding era precedent, the Court held that a subpoena for “a man’s private papers,” apparently including business records, was per se a violation of the Fourth and Fifth amendments.

In the first half of the 20th century, the Court retreated from this formulation in the face of growing demands by the emerging New Deal regulatory state for more investigative powers. In 1976, it withdrew Fourth Amendment protection for private papers held by a third party. In 1973 and 1976, it held that subpoenas for documents from third parties no longer raised a Fifth Amendment issue. The Boyd rule, once thought the foundation of civil liberty, was dead.

Although some justices have lately registered some awareness of the important constitutional issues raised by data held by third-party online intermediaries, the Court has so far failed to reconsider its abandonment of Boyd’s rule.

In this vacuum, Congress might have stepped in. True, it did respond to the Bork videos story by enacting the Video Privacy Protection Act in 1988. And, it passed the Stored Communications Act (SCA) in 1986, which now provides a primitive framework for regulating government acquisition of online-related data. But the SCA—written for the Internet circa 1986—is now about as technologically up to date as Judge Bork’s VCR.

The net result is that there are no reliable guideposts to help even well-meaning government lawyers manage these competing concerns. The failure means that there’s no sure way to ensure that both legitimate investigative ends and constitutional values are respected in the current Facebook/DreamHost investigation. It’s a failure we can’t blame the Framers for—only Congress and the Court.

Aziz Huq is the Frank and Bernice J. Greenberg Professor of Law at the University of Chicago Law School.