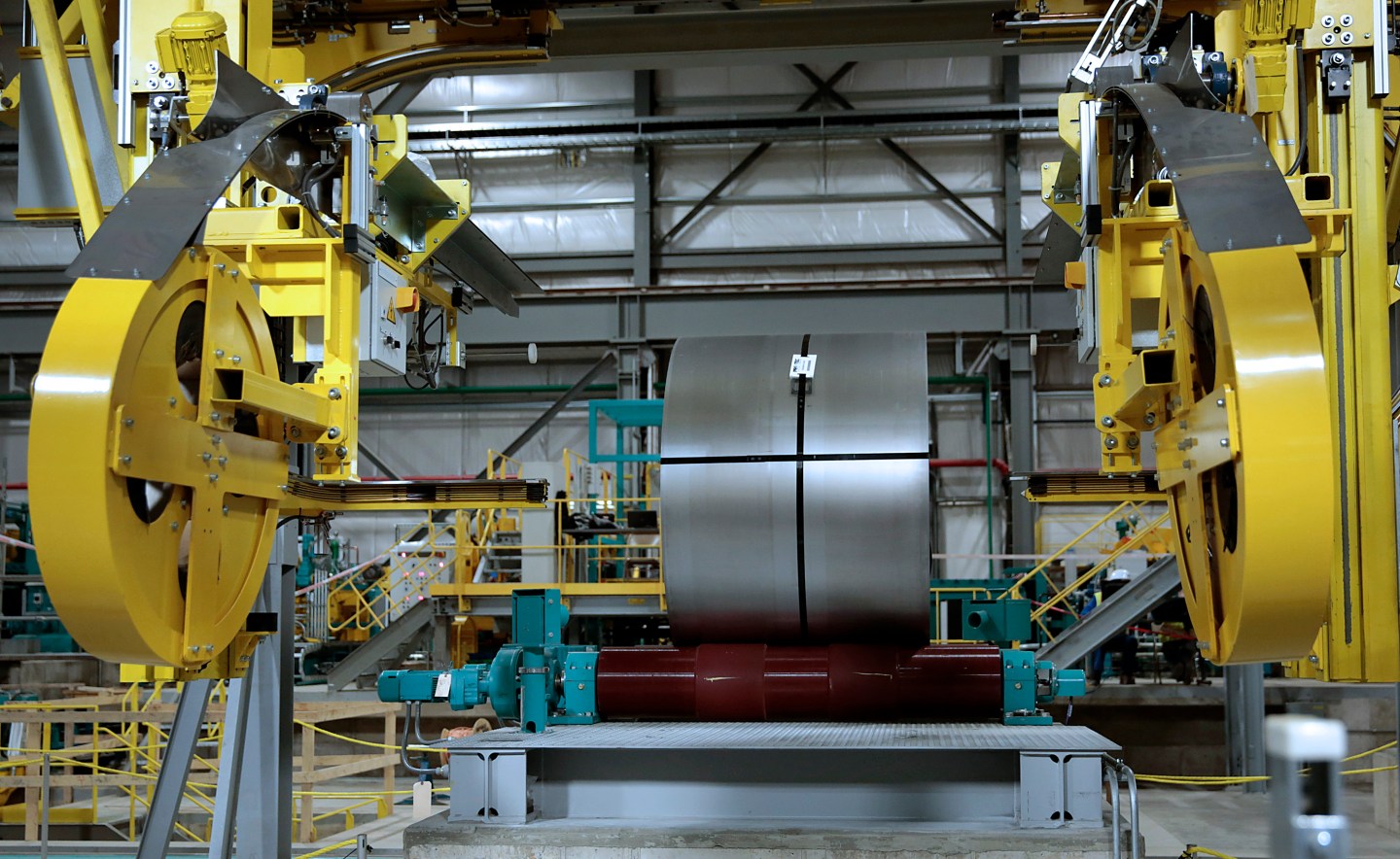 Investors looked set to bail out of Kobe Steel Ltd (KOBE-STEEL) on Tuesday, after Japan‘s third-biggest steelmaker revealed it had fabricated data to show its products met customer specifications in the latest scandal to rock corporate Japan.

Kobe Steel said on Sunday that about 4% of the aluminum and copper products that it shipped from September 2016 to August 2017 were falsely labeled as meeting the specifications requested by customers.

The misconduct involved dozens of staff and possibly stretched back 10 years, the company said.

The admission from the steel and aluminum maker follows similar scandals at Japanese companies including Nissan Motor , Mitsubishi Motors and Takata Corp. Toshiba Corp is still battling the fallout of a scandal involving reporting inflated profits.

“The impact on financials is unclear, but could be substantial depending on request(s) for replacement/recall,” Jefferies analyst Thanh Ha Pham said in a note. “Handling the situation is key to avoid long-term reputation damage.”

UACJ, Japan‘s biggest aluminum maker, may be a beneficiary of the scandal, he said. UACJ shares were up 3% at around 0354 GMT.

Shares of Kobe, on the other hand, looked set to plunge as sell orders outpaced bids by a factor of roughly 20 to one in early afternoon trade. The Tokyo bourse was closed for a national holiday on Monday. On Friday, the shares rose 2% to 1,368 yen.

Products with falsified data were shipped to about 200 companies, the company said at the weekend.

Aluminum castings, forgings and flat-rolled items, along with copper strips and tubes were among the products affected, the company said in a statement.

Companies including Toyota Motor Corp, Central Japan Railway, Mitsubishi Heavy Industries, Mazda Motor Corp and Subaru Corp were among those using products covered by the admission from Kobe Steel, according to media reports and statements.

Japan‘s transport ministry has called for automakers to make safety checks of components from Kobe.

A Kobe spokesman told Reuters the firm is working with customers to check for any issues. “To our knowledge it has not affected any customer’s products at this stage,” he said.

Toyota called the revelations a “grave issue”, and as with most of the other Kobe Steel customers, said it was making checks on where the components were used and what effect they have on products using them.

Mitsubishi Heavy said Kobe Steel products were used on its Mitsubishi Regional Jet and rockets, including a H-2A rocket launched on Tuesday to put a navigation satellite into orbit. There were no technical problems with the components, MHI said.

Kobe Steel has said the impact of the data falsification on its earnings is still unknown. An official from the metals division of Japan‘s industry ministry is holding a press conference at around 0630 GMT.

The company, based in Kobe in western Japan, has been expanding its aluminum as carmakers increasingly use the material, which is lighter than steel, to meet tighter environmental rules.

Makoto Kikuchi, CEO of Myojo Asset Management, said the raft of recent corporate scandals that has rocked Japan will further damage investor confidence. “Looking back over several years, foreign investors have bought Japanese stocks on expectations for Abenomics, but among the “three arrows,” the growth strategy isn’t functioning,” he said. “While they say they’re strengthening corporate governance, improprieties focused on manufacturing have been popping up. Going forward, this will be a body blow to Japanese shares.”