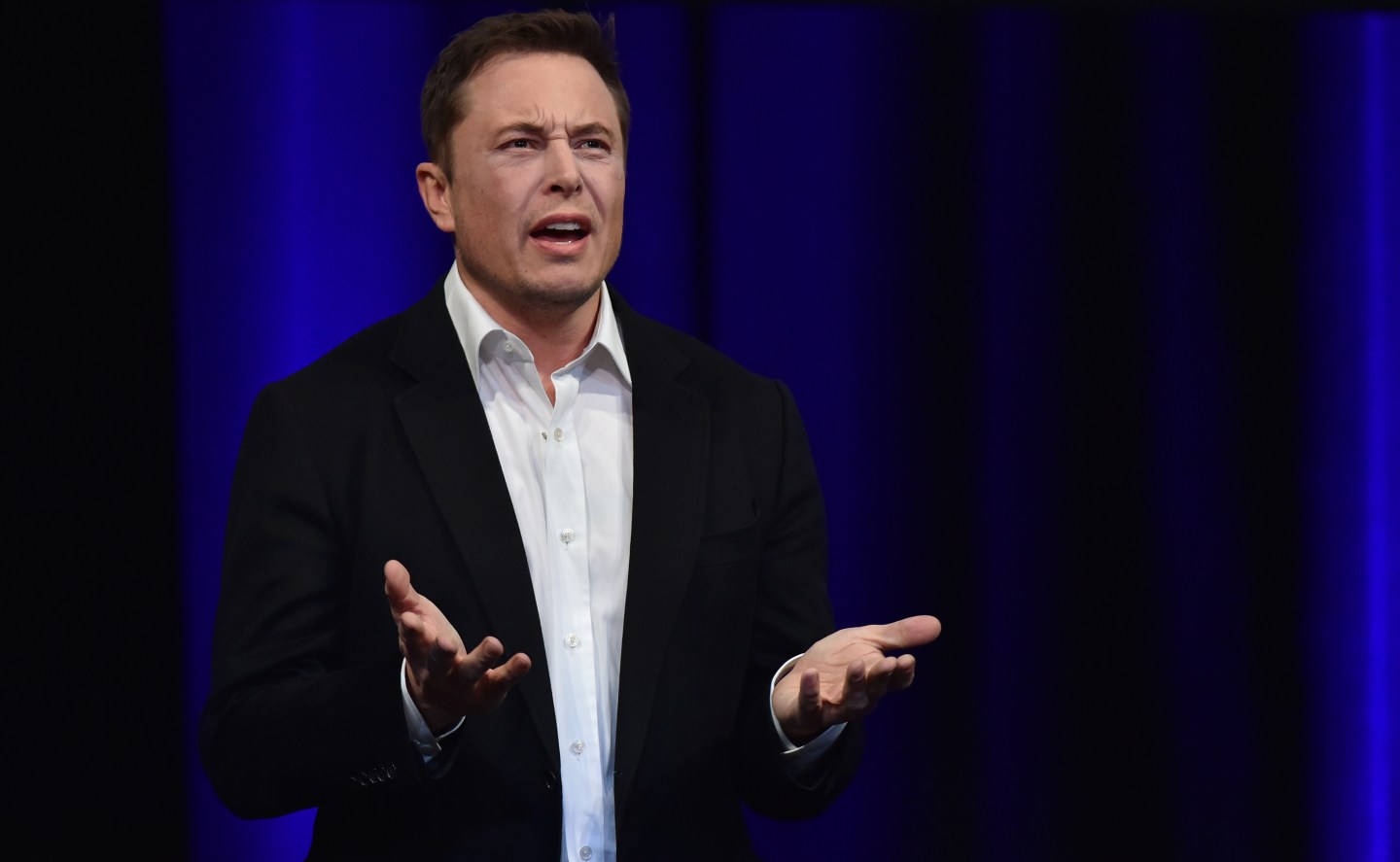 FREMONT, Calif. (SATIRE)—Elon Musk, founder and CEO of Tesla Motors, is revered for his visionary ideas: a mass-market electric car, a private space transport company, a mode of regional transportation that relies on vacuum-sealed tubes.

On Monday, Musk revealed his latest groundbreaking concept in a bid to once again transform the automobile industry: a gasoline-powered car.

At a press conference held at the automaker’s headquarters, Musk announced that Tesla will begin mass production of a gas-powered vehicle in 2022. He plans to call this vehicle the Model T.

He added: “The Model T will be super next level.” (Henry Ford was unavailable for comment.)

Famous for its ambitious projects, Tesla’s success has not been without growing pains. The automaker has been struggling to keep up with the demand for its latest electric vehicle, the Model 3. A recent Wall Street Journal report claimed that parts of the car were built “by hand,” rather than on its automated assembly lines; Musk denied the report, adding, “Even if we did, that makes our cars artisanal.”

To stanch the tide of criticism, Musk said Tesla has been searching for a low-cost, efficient way to serve customers in need of a new ride. Gasoline might be the answer.

“I’ve been criticized for my plans for Mars travel and Hyperloop transport,” Musk said during the press conference. “I understand these concepts are too advanced for some. So I went back to the drawing board.”

When asked if Tesla risks besmirching a brand built on electricity, Musk dismissed the idea.

“Honestly, a lot of people don’t really seem to care if their cars are electric,” Musk remarked. “So while this gas-powered vehicle might look like a step backwards, I take solace in knowing the profits will help me eventually transport people via pneumatic tube, whether they want it or not.”

The Model T will be the company’s first vehicle powered by an internal combustion engine. The model specifications boast a capacity of five passengers and roughly 31 miles per gallon on the highway. The vehicle will not have any autopilot capabilities (the company’s signature “Ludicrous Mode” has been swapped out for “Sensible Mode”) nor software available for over-the-air updates.

“Apparently, analog technology is what some people want,” said an exasperated Musk, who was reportedly seen hurling his Diet Coke into a wall after the press conference was over.

The Tesla Model T is already in high demand. Upon hearing news of planned production, Urban Outfitters committed to purchase 400,000 of the vehicles.

“Today’s millennials yearn for the styles of yesteryear,” said an Urban Outfitters spokesperson. “Just like the vinyl record player, gas-powered vehicles with average fuel economy are very much cool again.”

The Model T has also seen support from a demographic previously underserved by Tesla: Americans who love to consume fossil fuels.

“When it comes to my car, it’s gotta be two things: American and gas-powered,” said one customer who pre-ordered a Model T. “But Tesla’s cars run on electricity, which I didn’t know when I bought one. Each week I end up buying gallons of gas that I can’t even use. I just pour it all down the drain. Once I have a Model T, I can stop doing that.”

Tesla noted that all pre-order sales are final, and that it will not issue refunds if legislation banning gas-powered vehicles is signed before 2022.