5 Brewers You Might Not Know Now, But Will Very Soon 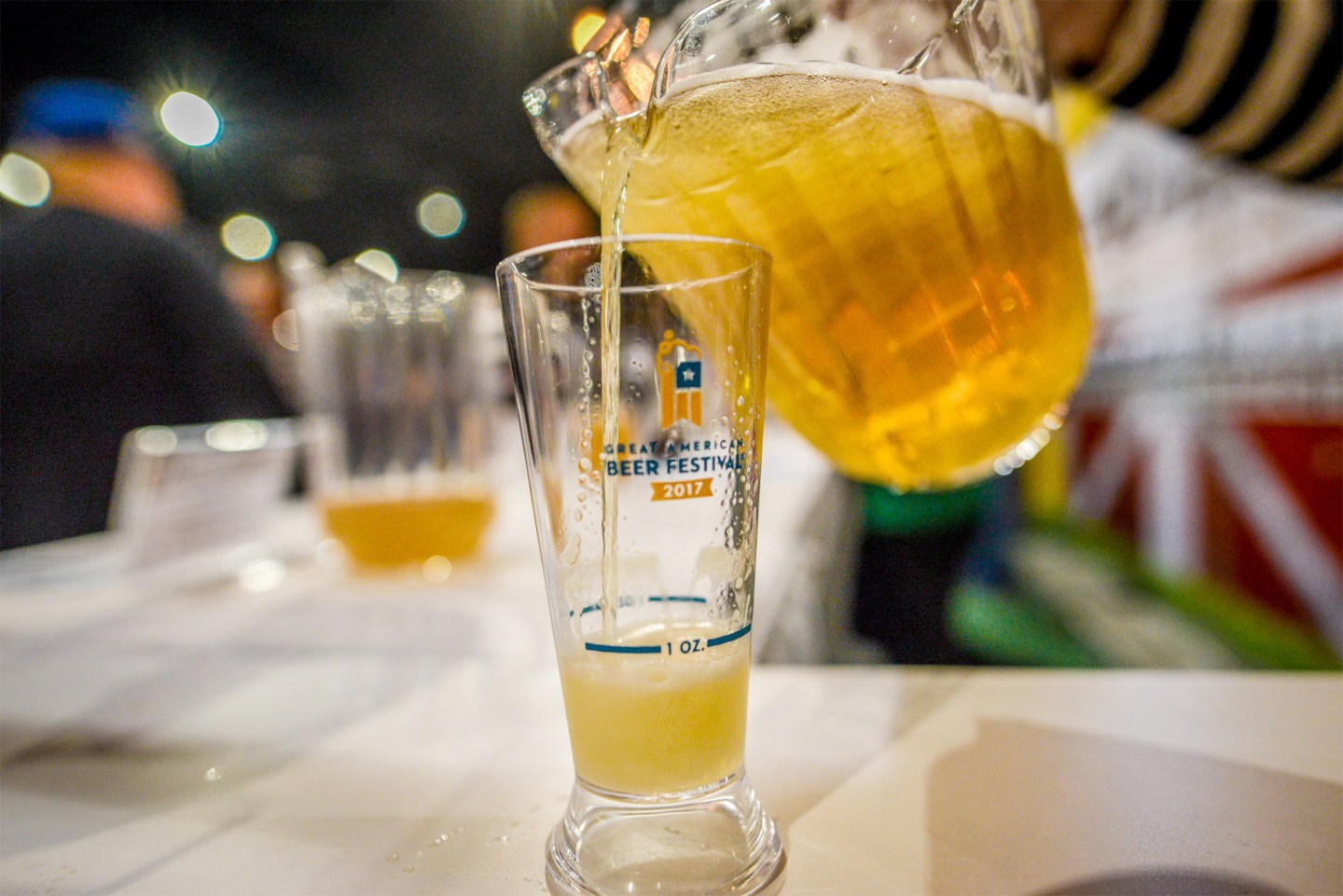 When it comes to beer, there are many levels of fame. Anheuser Busch InBev and MillerCoors earned theirs by the size of their market domination. Brewers like Lagunitas and Samuel Adams helped spark a revolution. And names like Russian River (creator of Pliny the Elder), The Alchemist (Hedy Topper) and Trillium (who jump started the New England IPA style) have earned national reputations from the word-of-mouth acclaim of beer drinkers.

This last measure of fame is a particular favorite of craft brewers. It’s authentic and not something that can be achieved with clever marketing or distribution tricks. And at the Great American Beer Festival, currently taking place in Denver, brewers are hoping to capture or stoke that spark to take them to the next level.

So who’s building a reputation and could become the next big thing in beer? It’s a crapshoot, honestly. Beer lovers are a finicky bunch, and loyalties can shift without warning. But here are a few brewers who, based on industry chatter and lines at their booth, are worth keeping an eye on.

Great Notion Brewing – Founded 18 months ago, this Oregon brewer has quickly amassed a following with its juicy New England IPAs and a delightful, innovative sour called Blueberry Muffin (which tastes just like its namesake).

Demand has long since outstripped supply. Great Notion’s beers aren’t available in stores and patrons can only buy two 32-ounce cans (called crowlers) at the brewery. To remedy that, Great Notion is in the midst of an expansion, adding a 20,000-square-foot facility, which will increase the size of its brewing operation tenfold. But, like The Alchemist and Trillium, it has no plans for national distribution.

“That’s largely because of the ingredients,” says co-founder Paul Reiter. “We love to buy local hops and local fruits to add to the beer. It’s great being able to work directly with the farmers.”

Prison City – Nestled away in a small town near the Finger Lakes of New York, Prison City popped onto beer drinkers’ radars when Paste Magazine named its IPA, called Mass Riot, the best in country. But the brewer’s talents extend into other fields, as well, with a particularly strong sour beer program.

The brewpub opened its doors in December 2013 and has quickly gained a following. A recent expansion, raising its capacity from 250 barrels to an expected 900 to 1,000 next year, has slowed the sour program, but there’s still plenty to choose from. Despite its popularity, Prison City has moderate expansion plans, with ambitions to move into more of New York state, Philadelphia, Washington, D.C., and New York City in the months and years to come. The brewery, which only lets patrons take home samples in 32-ounce crowlers now, expects to begin canning at the start of 2018, says co-founder Dawn Schulz.

Black Project Spontaneous & Wild Ales – In February 2014, Black Project began as a side project of a brewery called Former Future. Within 1.5 years, it was the main focus.

Focusing entirely on sour beers, Black Project is a master of its craft and attracted a line at the Great American Beer Festival that was 30 people deep before the doors even opened. (Volunteers abandoned their positions so they could get a taster before the brewery ran out.)

The brewery’s offerings are available, on occasion, out of state. But the real challenge these days is ensuring they have enough to meet demand from local customers. That makes the decision to attend the GABF more difficult each year, since every beer poured at the festival means there’s one less available at the brewery. And, with beers that take this long to perfect, that’s noteworthy.

“Ultimately, from a business perspective, we’re worried if we’re going to have enough for the taproom,” says co-founder James Howat.

Scofflaw – This Atlanta brewer certainly had the pedigree to turn the heads of beer nerds. Head brewer Travis Herman put in time with The Lost Abby and Russian River before headed to the East Coast. Opened one year ago, this is an IPA-focused brewer that is quickly winning over local and regional fans. An expansion is underway, which will increase annual output from 16,000 barrels per year to as many as 25,000. But the brewer has no broad ambitions for a national (or even regional) expansion.

“We want to get as big as Georgia will let us,” says JP Watts, head of sales for Scofflaw.

Bagby – Cofounder and head brewer Jeff Bagby spent 10 years as the head brewer for Pizza Port Brewing, earning a national reputation. When he left to start his own brewery, he and his wife Dande decided to focus on traditional German styles, with an eye on perfecting the craft.

It’s working out wonderfully for them. The brewery is located in a former BMW dealership in Oceanside, CA – and currently produces 1,500 barrels per year (with the capacity to produce 3,000). But should expansion prove crucial, the brewer could expand to 10,000 barrels without having to move or dramatically rearrange the layout of the facility.