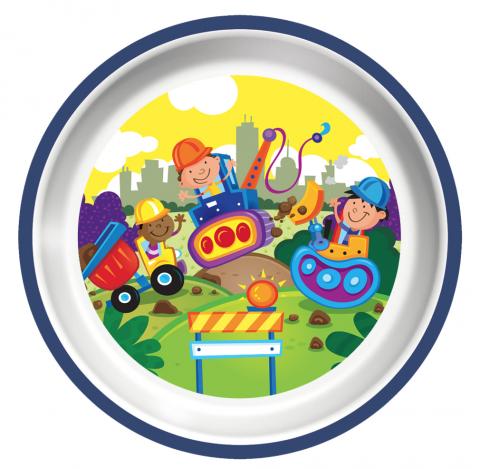 This Playtex Construction Plate is one of the items being recalled for a choking hazard.
Consumer Product Safety Commission

Playtex is urging parents to stop using some of its popular children’s plates and bowls after receiving reports that the clear plastic layer over drawings on the plastic tableware could peel off and present a choking hazard.

The company says it has been made aware of 11 instances where that plastic was found in children’s mouths and four of children choking on it. Additionally, there have been 372 instances of the layer bubbling or peeling.

The recalled plates and bowls have various printed designs including cars, construction scenes, giraffes, princesses, superheroes and more, with a colored rim and a non-slip bottom. They were sold from October 2009 through this August at Walmart, Babies R Us, Target, Amazon and other stores. The were both sold separately (for about $2.50 per plate or bowl) and as part of a $15 set called the “Toddler Mealtime Set.”

All totaled, Playtex is recalling 3.6 million plates and bowls in the U.S., along with another 1.9 million that were sold in Canada. The company is offering consumers a full refund.