Cigna Escalates War on Opioids With OxyContin Crackdown. Is It About Public Health or Business? 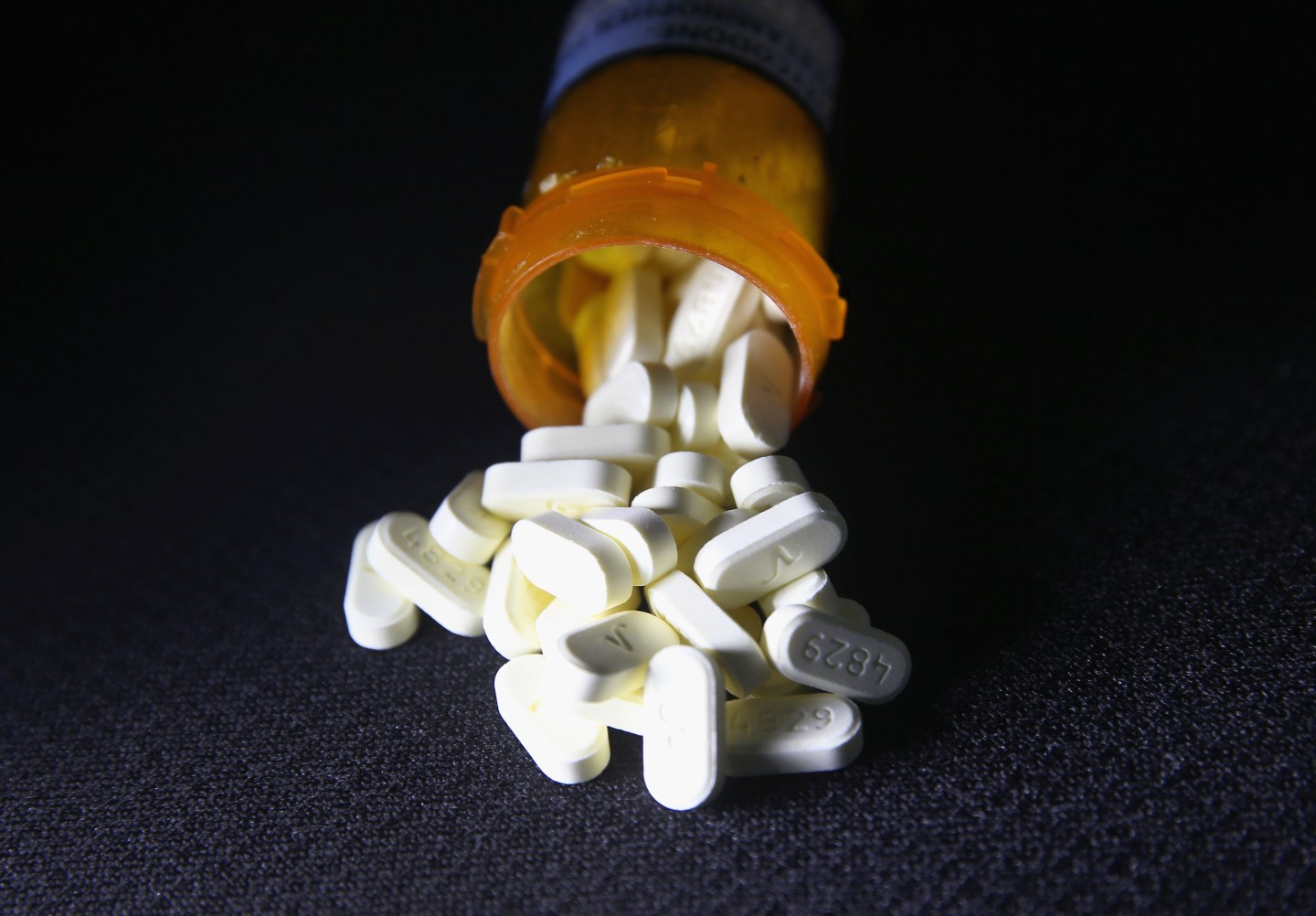 Oxycodone pain pills prescribed for a patient with chronic pain lie on display on March 23, 2016 in Norwich, CT. Communities nationwide are struggling with the unprecidented opioid pain pill and heroin addiction epidemic. On March 15, the U.S. Centers for Disease Control (CDC), announced guidelines for doctors to reduce the amount of opioid painkillers prescribed, in an effort to curb the epidemic. The CDC estimates that most new heroin addicts first became hooked on prescription pain medication before graduating to heroin, which is stronger and cheaper.
Photograph by John Moore—Getty Images

Health insurance giant Cigna announced that it will largely ditch coverage for OxyContin (or oxycodone), in its group health plans beginning in January 2018. “Our focus is on helping customers get the most value from their medications—this means obtaining effective pain relief while also guarding against opioid misuse,” said Cigna Chief Pharmacy Officer Jon Maesner in a statement. But OxyContin maker Purdue Pharma is pushing back on the decision, arguing it’s motivated more by cost-savings than it is by public health.

This isn’t the first step Cigna has taken to try and reduce its plan holders’ use of addictive pain medications amid the opioid painkiller epidemic that has claimed tens of thousands of American lives in recent years alone. In fact, in May 2016, Cigna said it was aiming to cut its customers’ use of addictive opioids by 25% within three years.

That’s an ambitious goal, to say the least. But, according to Cigna, the company has actually been able to pull off some impressive results to date. The health insurer reported a 12% drop in opioid prescriptions among its plan holders between April of last year and this year.

So why is OxyContin the latest target? For one, the drug and its manufacturer Purdue Pharma have become the poster children for aggressive opioid marketing alongside a number of other painkiller makers. OxyContin is a powerful, extended-release medication, and Cigna argues that biopharma companies and insurers alike should shift over to drugs with abuse-deterrent properties. One such treatment, in Cigna’s eyes, is Collegium Pharmaceuticals’ Xtampza ER, which the company says has an “abuse-deterrent platform [that] allows the product to maintain its extended release profile even when cut, crushed, chewed or otherwise manipulated.” Cigna has struck a “value-based” business arrangement to cover the Collegium drug.

Purdue is taking exception to that logic—and says there’s probably more to the story, since even Xtampza could technically be abused.

“We believe that patients should have access to FDA-approved products with abuse deterrent properties. Cigna’s decision limits prescribers’ options to help address the opioid crisis… Unfortunately, this decision appears to be more about pharmaceutical rebates,” said Purdue in a statement.