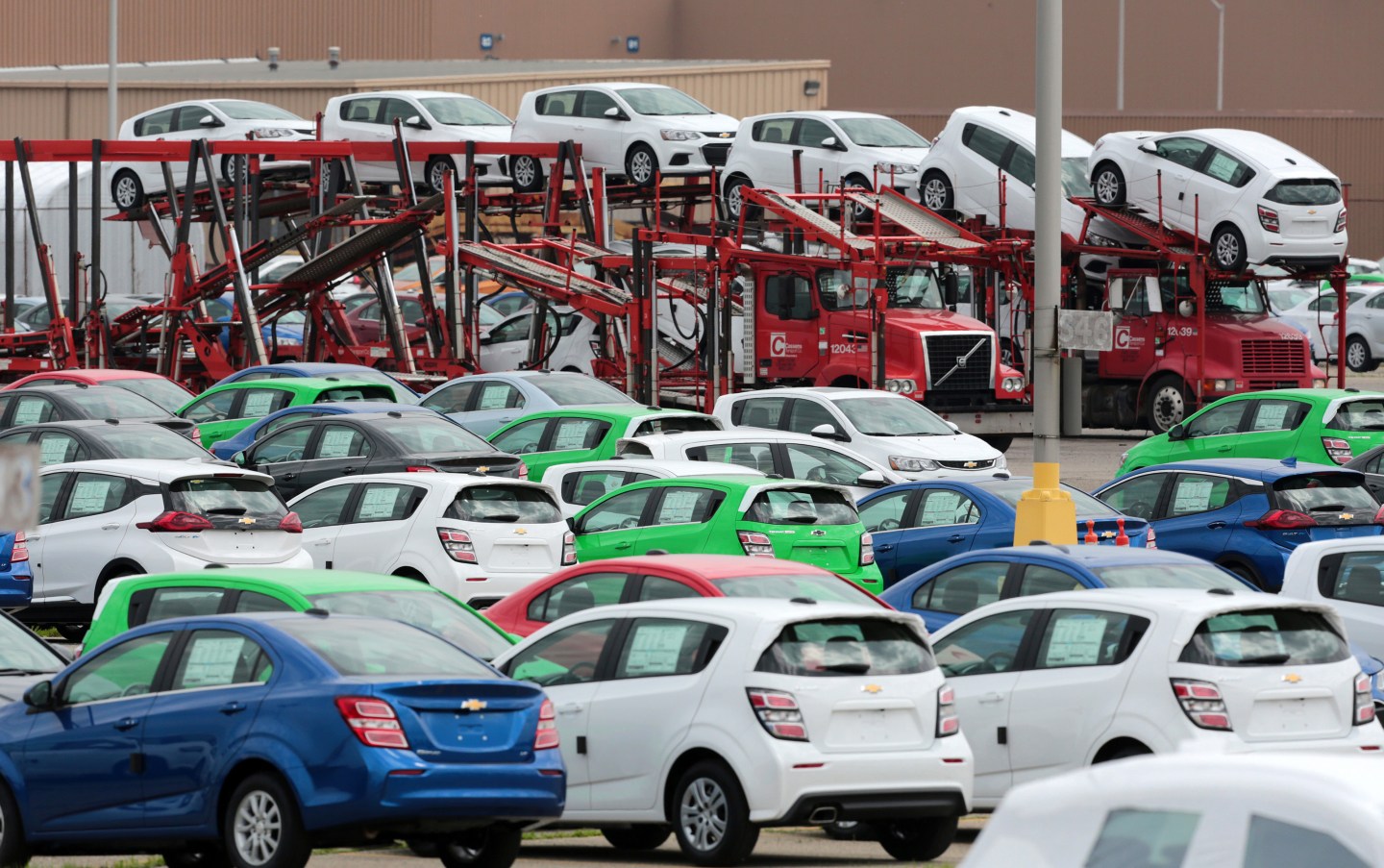 General Motors Co’s (GM) self-driving unit, Cruise Automation, has more than doubled the size of its test fleet of robot cars in California during the past three months, a GM spokesman said on Wednesday.

As the company increases the size of its test fleet, it has also reported more run-ins between its self-driving cars and human-operated vehicles and bicycles, telling California regulators its vehicles were involved in six minor crashes in the state in September.

“All our incidents this year were caused by the other vehicle,” said Rebecca Mark, spokeswoman for GM Cruise.

In the past three months, the Cruise unit has increased the number of vehicles registered for testing on California streets to 100 from the previous 30 to 40, GM spokesman Ray Wert said.

Cruise is testing vehicles in San Francisco as part of its effort to develop software capable of navigating congested and often chaotic urban environments.

Investors are watching GM’s progress closely, and the automaker’s shares have risen 17% during the past month as some analysts have said the company could deploy robot taxis within the next year or two.

A U.S. Senate panel approved legislation on Wednesday that would allow automakers to greatly expand testing of self-driving cars. Some safety groups have objected to the proposal, saying it gives too much latitude to automakers.

As Cruise, and rivals, put more self-driving vehicles on the road to gather data to train their artificial intelligence systems, they are more frequently encountering human drivers who are not programmed to obey all traffic laws.

In filings to California regulators, Cruise said the six accidents in the state last month involved other cars and a bicyclist hitting its test cars.

California state law requires that all crashes involving self-driving vehicles be reported, regardless of severity.

Most of the crashes involved drivers of other vehicles striking the GM cars that were slowing for stop signs, pedestrians or other issues. In one crash, a driver of a Ford (F) Ranger was on his cellphone when he rear-ended a Chevrolet Bolt stopped at a red light.

In another instance, the driver of a Chevrolet Bolt noticed an intoxicated cyclist in San Francisco going the wrong direction toward the Bolt. The human driver stopped the Bolt and the cyclist hit the bumper and fell over. The bicyclist pulled on a sensor attached to the vehicle causing minor damage.

“While we look forward to the day when autonomous vehicles are commonplace, the streets we drive on today are not so simple, and we will continue to learn how humans drive and improve how we share the road together,” GM said in a statement on Wednesday.