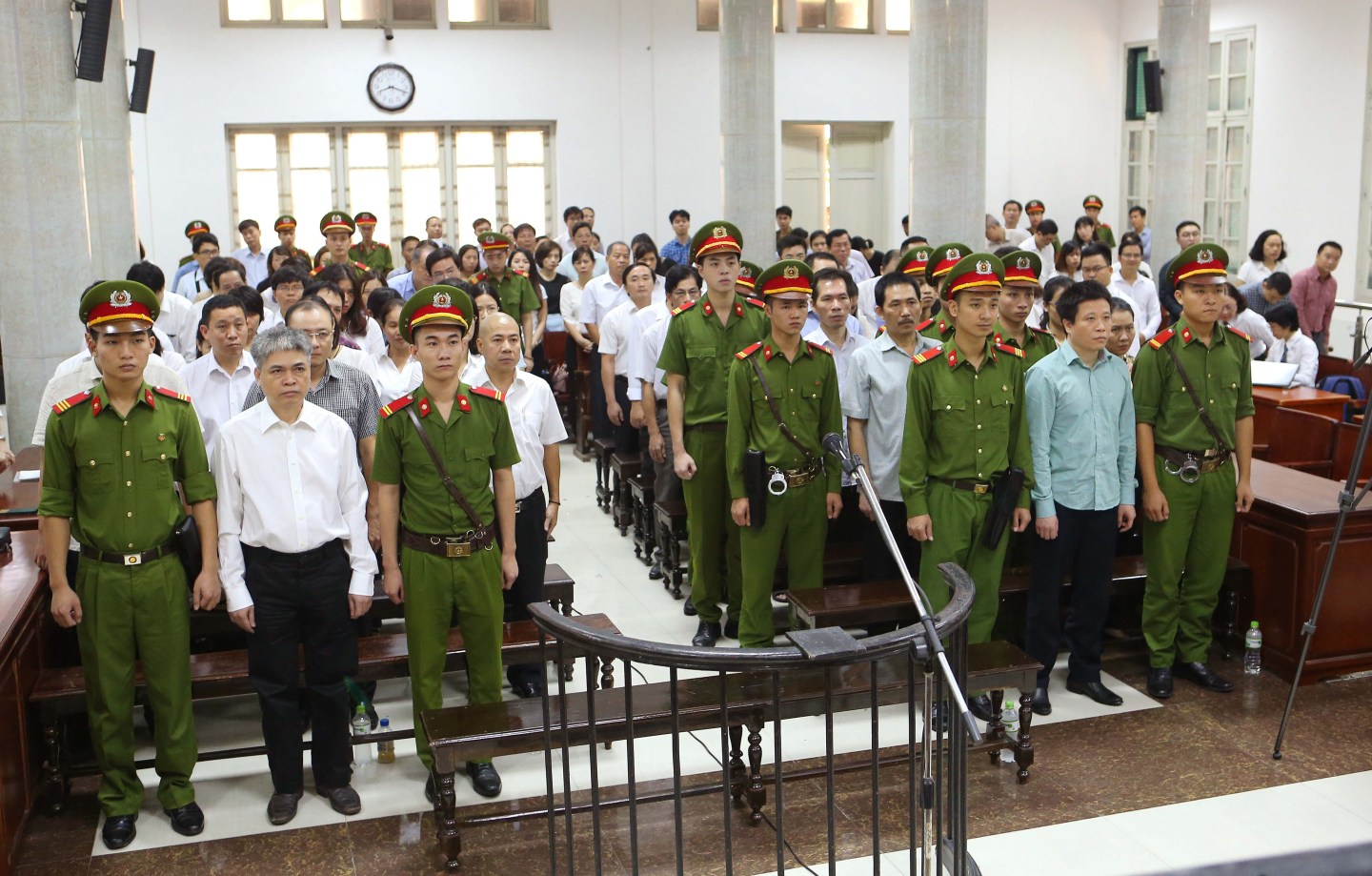 A Vietnam court sentenced to death a former chairman of state-run PetroVietnam on Friday after finding him guilty in the mass trial of 51 officials and bankers accused of graft and mismanagement that led to losses of $69 million.

The ex-PetroVietnam chairman Nguyen Xuan Son was the second of the accused to be sentenced as the People’s Court of Hanoi began delivering its verdict in the long running trial.

The death penalty had been recommended by the Supreme People’s Procuracy of Vietnam.

Vietnam has introduced the use of lethal drugs for executions in recent years, having previously used firing squads.

The court had earlier in the day sentenced tycoon Ha Van Tham, founder of Ocean Group’s banking unit, Ocean Bank, to life imprisonment, having found him guilty of charges ranging from embezzlement to abuse of power.

Dozens of other banking and energy officials were also sentenced to jail terms.

The mass trial was a result of the tougher stance on corruption taken by the ruling Communist Party since Vietnam’s security establishment emerged stronger from a power struggle last year in which ex-Prime Minister Nguyen Tan Dung lost out.

The party says it wants to tackle corruption but some critics have accused Vietnam’s rulers of embarking on a witch-hunt following the launch of investigations implicating increasingly senior figures.

Dung lost out last year in the battle to secure the post of Communist Party General Secretary, Vietnam’s most powerful position. The post remained in the hands of Nguyen Phu Trong, whose modest public profile contrasts with the conspicuous wealth that some members of Dung’s administration had displayed.

For more on the Asia-Pacific region, watch Fortune’s video:

Investigations into PetroVietnam has seen a Politburo member who was a former PetroVietnam chairman, a vice trade minister sacked from their positions and a former deputy central bank governor prosecuted.

The court finished hearing the case against the 51 officials on Monday, and reconvened on Friday to deliver the verdicts and sentences.

Neither Son and Tham were given a chance to respond after the verdict was handed down.

On Monday, Son proclaimed his innocence and pleaded for the court not to give “an unjust verdict”.

“I did not believe my eyes when I was prosecuted on charges of embezzlement; stunned and bewildered, I became like a soulless person,” Son said.

In the same session, Tham admitted the charge of lending violations at Ocean Bank, but denied graft allegations.