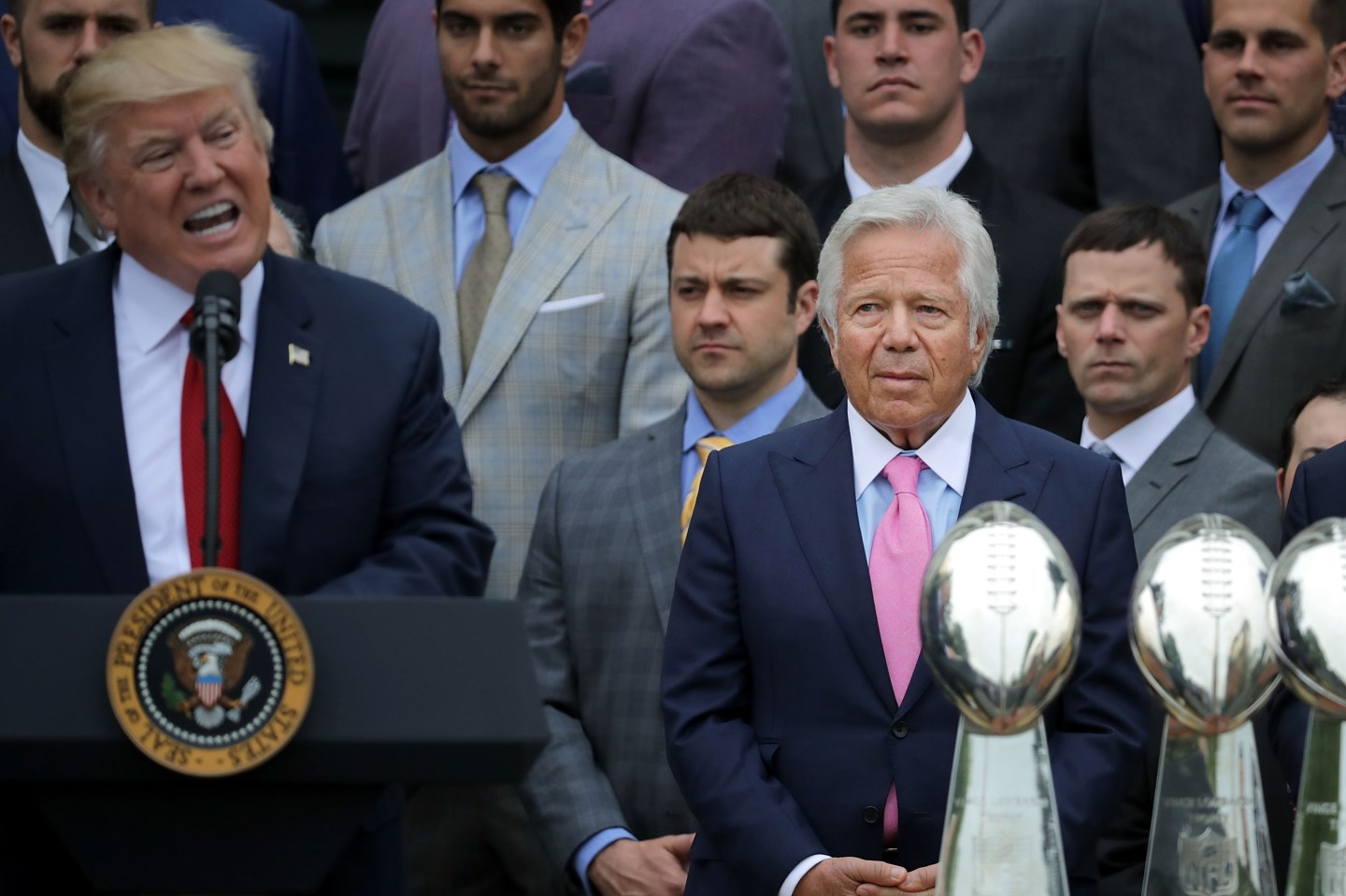 New England Patriots owner Robert Kraft is the latest of NFL executives to condemn President Donald Trump’s speech in which he called for players that sit or kneel for the anthem to be fired.

During a political rally in Huntsville, Alabama on Friday Trump said: “Wouldn’t you love to see one of these NFL owners, when somebody disrespects our flag, to say, ‘Get that son of a b—- off the field right now. Out. He’s fired! He’s fired!”

That speech led to dozen of any players and owners to speak out against Trump, including Kraft, who is considered an ally of Trump and even gave him a Super Bowl LI ring.

“I am deeply disappointed by the tone of the comments made by the President on Friday,” a statement by Kraft read. “I am proud to be associated with so many players who make such tremendous contributions in positively impacting our communities. Their efforts, both on and off the field, help bring people together and make our community stronger. There is no greater unifier in this country than sports, and unfortunately, nothing more divisive than politics. I think our political leaders could learn a lot from the lessons of teamwork and the importance of working together toward a common goal. Our players are intelligent, thoughtful and care deeply about our community and I support their right to peacefully affect social change and raise awareness in a manner that they feel is most impactful.”

…NFL attendance and ratings are WAY DOWN. Boring games yes, but many stay away because they love our country. League should back U.S.

Other NFL team executives such New York Giants owners John Mara and Steve Tisch and San Francisco 49ers CEO Jed York were among those who said Trump’s comments were “offensive.”

Detroit Lions owner Marhta Firestone Ford said Trump’s “negative and disrespectful comments suggesting otherwise are contrary to the founding principles of our country, and we do not support those comments or opinions.”

This article originally appeared on SI.com