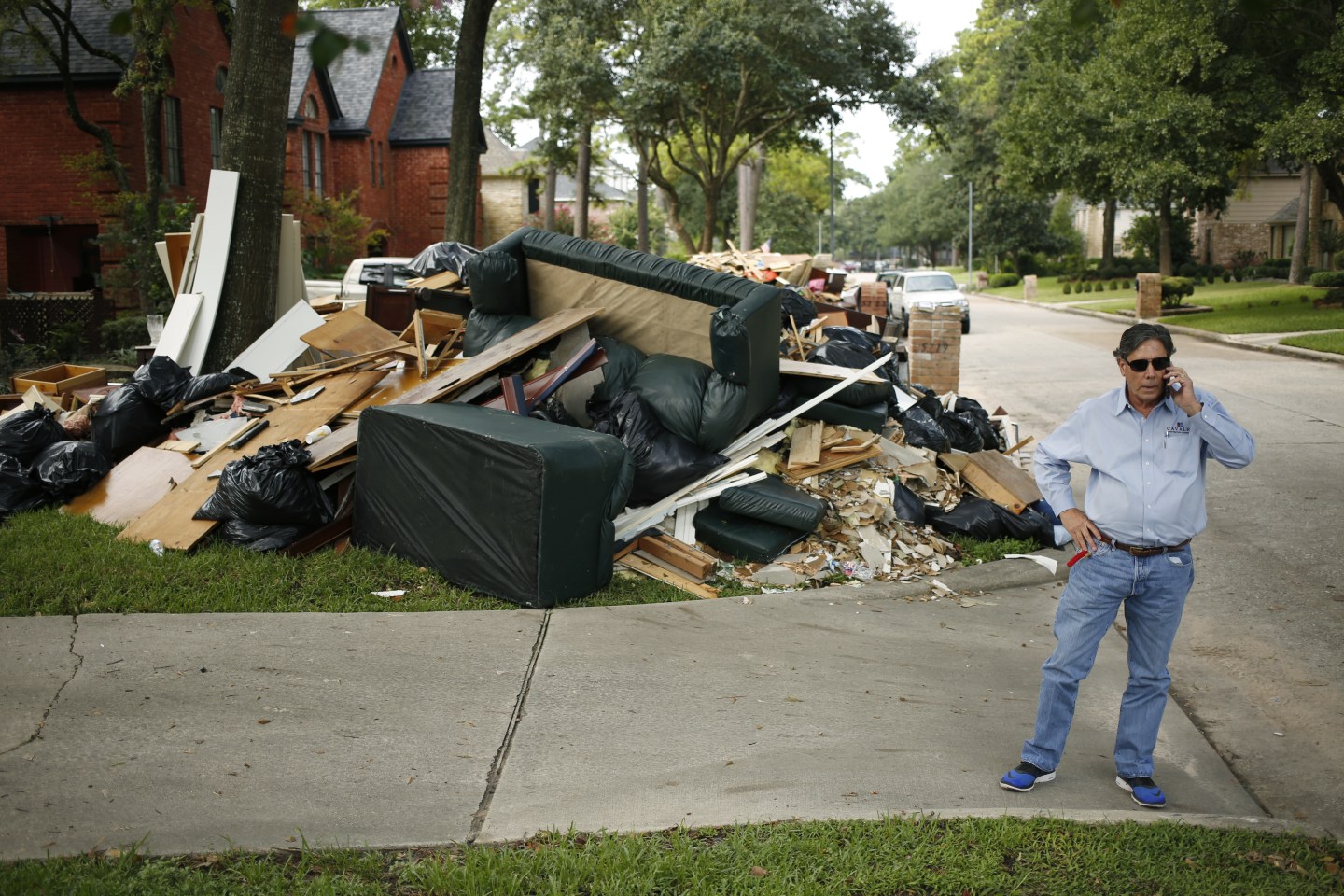 Frank Jones, owner of Cavalry Construction, talks on a mobile device next to debris from a house that was flooded after Hurricane Harvey in Spring, Texas, U.S., on Wednesday, Sept. 6, 2017. Disaster is fueling a growth industry as more frequent and powerful storms lash coastal regions teeming with new homes and offices.
Bloomberg Bloomberg via Getty Images

Demand for commercial construction has been high across the United States, with 93% of contractors expecting to see equal or greater profit margins in the next year, according to the Commercial Construction Index.

That means there will potentially be lots of new construction jobs. It’d be good news if the industry weren’t already suffering from a labor shortage.

The index, produced by the USG Corporation and the U.S. Chamber of Commerce, surveys contractors each quarter to gauge sentiment and measure the health of the construction sector.

Despite demand, 60% of contractors reported difficulty finding skilled workers in the third quarter of 2017 due to an ongoing skilled labor shortage.

The labor shortage could pose a serious roadblock to quick recovery in southern states and Caribbean Islands hit by Hurricanes Harvey and Irma, and looking ahead, Hurricanes Maria and Jose.

Cost estimates for Harvey and Irma destruction are $290 billion, according to AccuWeather. Irma caused $100 billion in damages (though other estimates that exclude Puerto Rico and the U.S. Virgin islands put the cost closer to $50 billion), while Harvey damages will cost an estimated $190 billion to repair.

That could make Hurricane Harvey the costliest weather disaster in U.S. history. Hurricane Katrina left $160 billion worth of damage in its wake in 2005 and Sandy cost $70.2 billion in 2012, according to inflation-adjusted figures from the NOAA National Centers for Environmental Information.

“Finding skilled workers remains a challenge for this industry, and it’s likely to remain a challenge in the areas affected by the recent hurricanes,” said Thomas J. Donohue, president and CEO of the U.S. Chamber. “Finding skilled construction workers will be essential to ensure the Gulf region is able to quickly and efficiently rebuild. Our nation must address our workforce challenges to enable the economy to grow.”

Along with the struggle to find qualified workers, 91% of contractors are at least moderately concerned about the skill level of their workforce.

“This quarter’s findings reveal strong optimism about future prospects for the industry,”said Jennifer Scanlon, president and chief executive officer of USG Corporation, “and also highlight a real need to address ongoing concerns about skilled labor shortages and the impact it has on building in the U.S..”