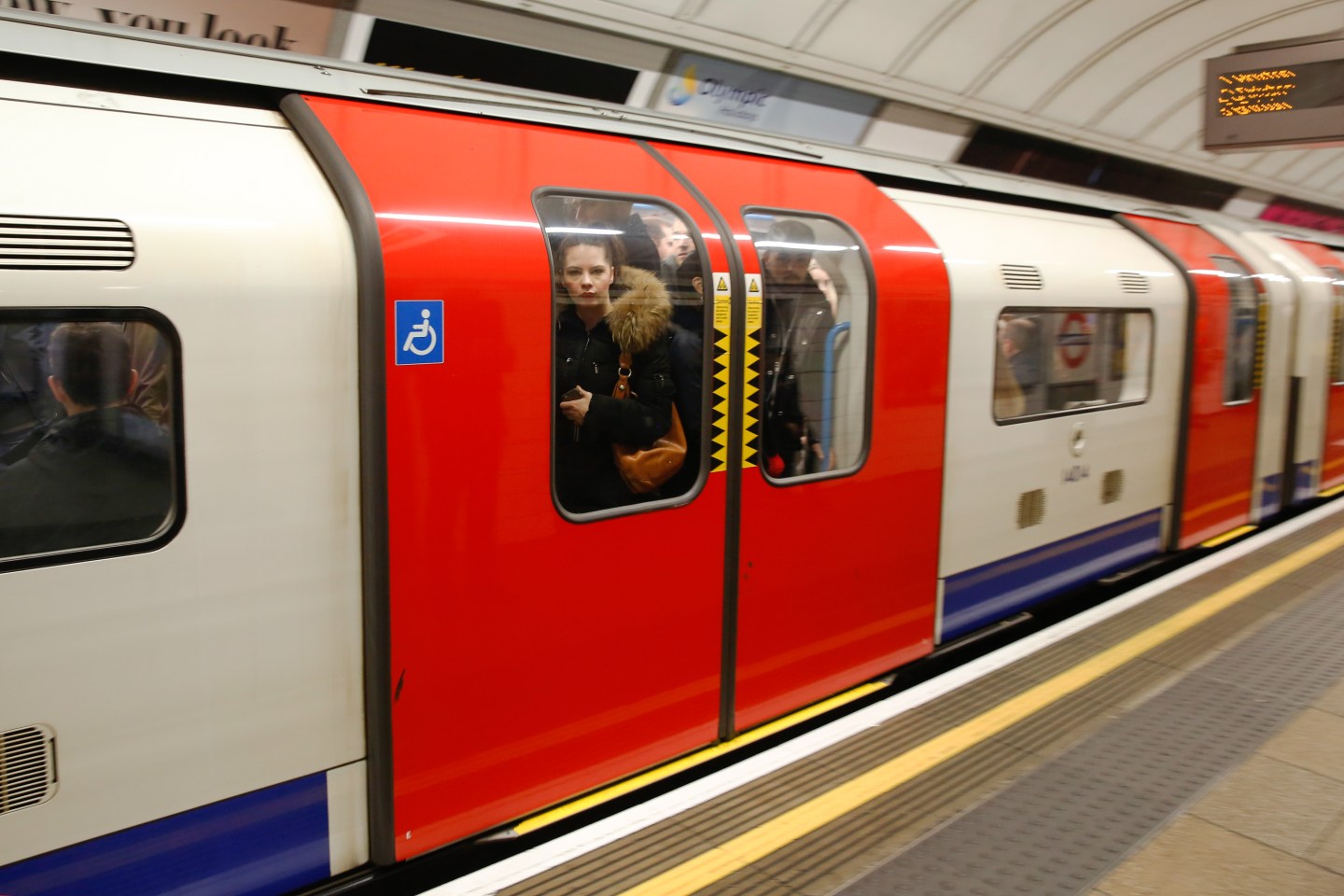 Commuters squash onto trains on the London Underground tube network during rush hour in London, U.K., on Friday, March 3, 2017. U.K. Prime Minister Theresa May set a self-imposed deadline of March 31 to formally serve notice to the EU, after which the two sides are supposed to have two years to come to a settlement. Photographer: Luke MacGregor/Bloomberg via Getty Images
Bloomberg Bloomberg via Getty Images

(LONDON) – British police are keeping an open mind on whether more than one person was responsible for a London train bombing that injured 30 people, after they arrested an 18-year-old man earlier on Saturday.

“Our priorities are … to identify and locate any other potential suspects.”

British police arrested an 18-year-old man in the port of Dover and raided a house in a small town outside London on Saturday as they hunted for whoever planted a bomb on a commuter train that injured 30 people a day earlier.

Prime Minister Theresa May put Britain on the highest security level of “critical” late on Friday, meaning another attack may be imminent, and deployed soldiers and armed police to strategic locations such as nuclear plants and defence sites.

In what authorities called a “very significant” development, officers arrested a man at about 7.50 a.m. (0650 GMT) in Dover, from where passenger ferries sail to France. Five hours later they raided a property in Sunbury, a commuter town southwest of London, and evacuated nearby premises as a precaution.

Reuters photographs showed police cordons in a modest suburban street in Sunbury, in the county of Surrey, around 11 miles (18 km) from Parsons Green where the bomb exploded.

“This is a very significant arrest. The police have made very good progress but the operation is ongoing,” said interior minister Amber Rudd, adding that the threat level remained at “critical”.

“There is no doubt that this was a serious IED (improvised explosive device) and it was good fortune that it did so little damage.”

In what was the fifth major terrorism attack in Britain this year, the home-made bomb shot flames through a packed commuter train during the Friday morning rush hour in west London but apparently failed to detonate fully.

According to media reports, the bomb was attached to a timer, unlike other recent blasts which have typically been suicide bombs.

Pictures showed a slightly charred white plastic bucket with wires coming out of the top in a supermarket shopping bag on the floor of a train carriage.

The Parsons Green station where the attack took place reopened by Saturday morning.

Armed police patrolled the streets of London near government departments in Westminster and were guarding Premier League soccer grounds hosting matches on Saturday, including the national stadium at Wembley.

Cressida Dick, Britain’s top police officer, sought to reassure the public as she joined colleagues patrolling the entertainment district on the south bank of the Thames.

“Yesterday we saw a cowardly and indiscriminate attack which could have resulted in many lives being lost,” she said. “London has not stopped after other terrible attacks and it will not stop after this one.”

The last time Britain was put on “critical” alert was after a suicide bomber killed 22 people at a concert by the American singer Ariana Grande in Manchester in May.

The threat level remained at the highest setting for four days while police raced to establish if the man had worked alone or with the help of others. Prior to that it had not been triggered since 2007.

Prime Minister May said the public should not be alarmed by armed officers on the streets, a rare sight in Britain. “This is a proportionate and sensible step which will provide extra reassurance and protection while the investigation progresses,” she said in a televised statement late on Friday.

The bomb struck as passengers were travelling to the centre of the British capital. Some suffered burns and others were injured in a stampede to escape from the station, one of the above-ground stops on the Underground network. Health officials said none was thought to be in a serious condition.

“I was on the second carriage from the back. I just heard a kind of ‘whoosh’. I looked up and saw the whole carriage engulfed in flames making its way towards me,” Ola Fayankinnu told Reuters.

“There were phones, hats, bags all over the place and when I looked back I saw a bag with flames.”

Islamic State has claimed other attacks in Britain this year, including two in London and the Manchester pop concert.

Western intelligence officials have questioned similar claims in the past, saying that while Islamic State’s jihadist ideology may have inspired some attackers, there is scant evidence that it has orchestrated attacks.