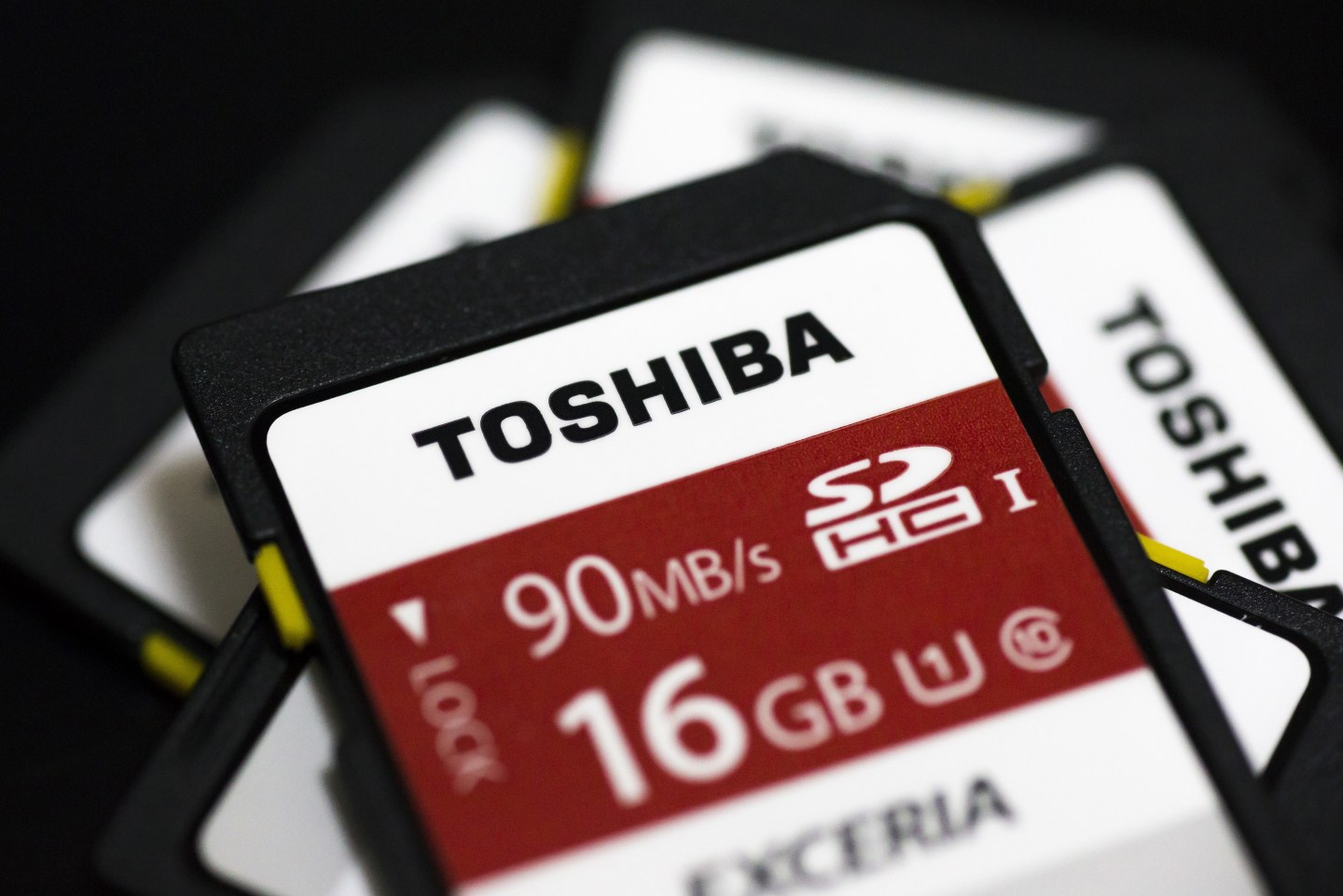 Toshiba said Wednesday it has agreed to focus on selling its prized chips unit to a group led by Bain Capital and South Korean chipmaker SK Hynix (HXSCL), although it is not ruling out a deal with other bidders.

This marks the third time the embattled conglomerate has failed to meet a target date to sell the $18 billion business – the world’s second-biggest producer of NAND memory chips, used in everything from flash drives to industrial robots.

The once-proud champion of Japanese industry needs billions to cover losses at its U.S. nuclear unit Westinghouse and risks being delisted from the Tokyo stock exchange if it can’t get regulatory approval for a sale by March, the end of its financial year.

Toshiba said in a statement it had signed a memorandum of understanding with Bain to accelerate discussions, and hoped to reach agreement in late September. But it added that the memorandum was not legally binding and did not prevent it from negotiating with other parties.

Western Digital, which jointly invests in Toshiba’s key NAND memory plant but which has been at loggerheads with the Japanese firm for much of the auction – said it was disappointed as well as surprised at the development given its legal position.

Read: Toshiba Avoids Delisting For Now as Its Auditor Signs Off on Earnings

“We remain confident in our ability to protect our JV interests and consent rights,” the California-based firm said in a statement.

Sources have said that discussions with Western Digital faltered as Toshiba, fearing its partner was angling to eventually take over the chip business, sought to limit the U.S. firm’s future stake in the unit.

The Bain group’s latest offer is worth 2.4 trillion yen ($22 billion), including a 200 billion yen investment in infrastructure, they said, declining to be identified as the talks were private.

The group had been chosen preferred bidder in June. But those talks lapsed as representatives of the Japan government, who had been part of that consortium, told Toshiba they were reluctant to close a deal in the face of legal challenges posed by Western Digital.

Read: Apple Digs in to Stop a Major Chip Deal

The current offer by Bain and Hynix is designed to get around the legal risks by inviting the state-backed investors – the Innovation Network Corp of Japan and the Development Bank of Japan – to invest in the business only after any arbitration with Western Digital is settled.

But it remains uncertain whether Toshiba will be able to complete the transaction by the end-March as Western Digital is likely to seek a court injunction on the sale. A California court has ordered Toshiba to give the U.S. firm two weeks’ notice before a deal is closed.

SK Hynix’s participation could also prolong antitrust reviews, industry watchers said. The South Korean chipmaker plans to limit its role to financing, but it’s unclear if it hopes to gain a stake in the future.