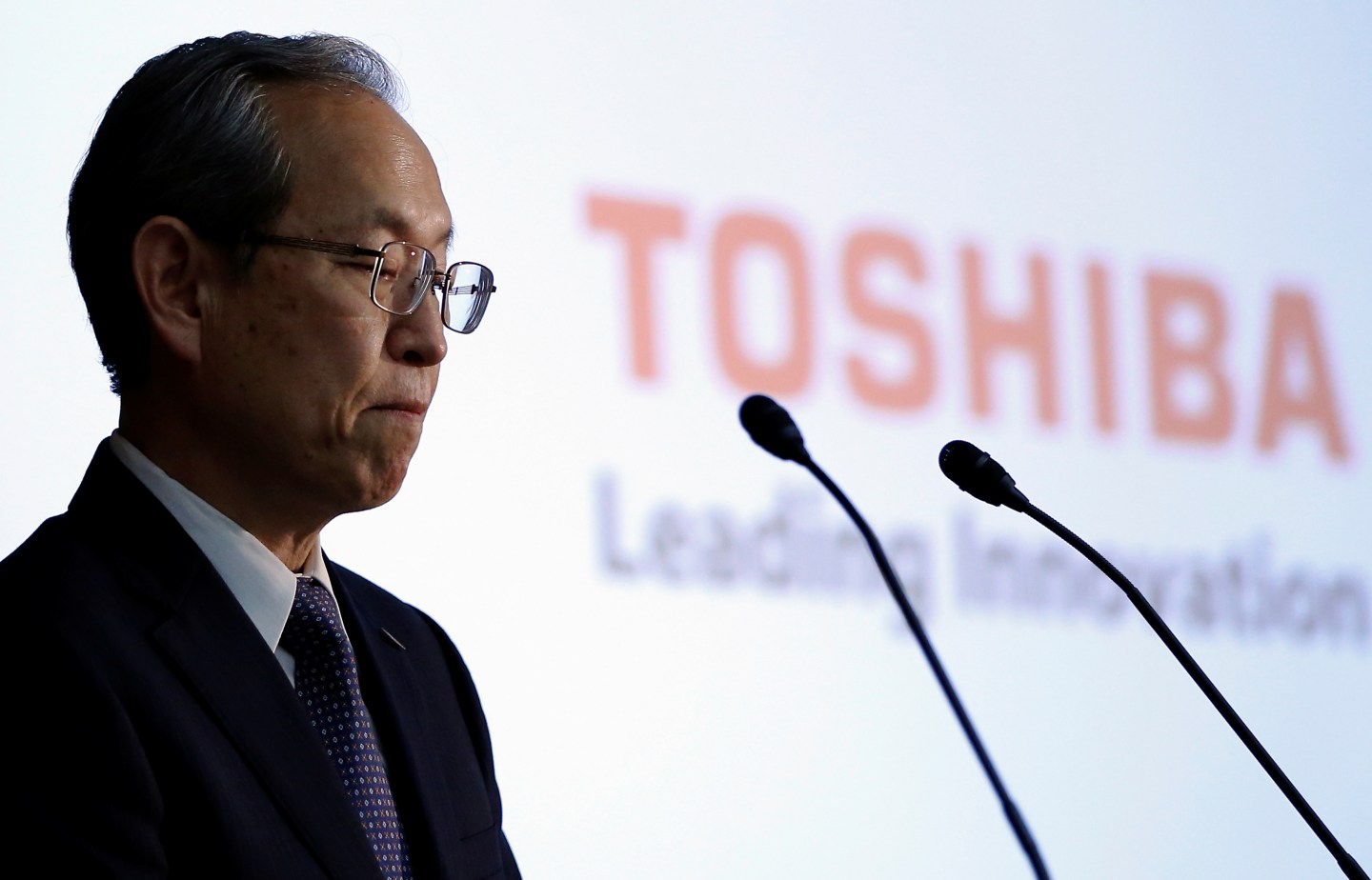 Toshiba (TOSBF) has likely avoided immediate delisting after its auditor signed off on its financial results albeit with criticism of its governance, yet its future remains uncertain with no progress in talks to sell its chips unit for much-needed cash.

PriceWaterhouseCoopers Aarata (PwC) gave a “qualified opinion” on Toshiba’s results for the year ended March as well as for April-June, according to a filing. That means the auditor broadly vouched for Toshiba’s book-keeping.

However, PwC also issued a rare “adverse opinion” on the firm’s internal controls, saying losses at its now bankrupt U.S. nuclear arm Westinghouse were not booked in a timely manner.

Toshiba has struggled to win back shareholder trust since 2015 when it said it had inflated profits over several years, and analysts have said it was unclear whether it could stay listed in the long term regardless of the auditor’s endorsement.

Last month, the Asahi newspaper reported the auditor was considering issuing an adverse opinion only, a move which could have led to the delisting of the 140-year-old firm. That would have reduced its ability to raise money for its cash-hungry memory chip business, risking its competitiveness.

PwC said some Westinghouse-related losses booked in the business year through March 2017 should have been recorded in the previous year. Toshiba said it disagreed.

If the losses were booked as per PwC’s opinion, Toshiba would have recorded negative net worth—liabilities exceeding assets—for two consecutive years. That would normally trigger a delisting from the Tokyo Stock Exchange.

The bourse is currently reviewing Toshiba’s governance to decide whether the firm can stay listed. Analysts have said delisting is unlikely as long as PwC signed off on the results.

Even with the reprieve, analysts have said Toshiba’s long-term prospects are bleak, with the firm trying to raise cash by selling its flash memory business – its only division showing significant growth after the sale of its medical devices unit last year.

The chips unit accounted for 94% of Toshiba’s total April-June operating profit of 96.7 billion yen. The result represented a leap from the 16.3 billion yen of a year earlier, allowing Toshiba to raise its full-year earnings outlook.

The conglomerate hopes auctioning its chip unit will help it pay debt and cover the impact of $6.3 billion in liabilities linked to Westinghouse, but talks on the sale have stalled.

Toshiba’s joint venture partner Western Digital Corp , which has said any sale would require its consent, has opposed the auction and has taken Toshiba to court in addition to lodging its own offer for the chip business.

Given regulatory approval for any sale is likely to take at least several months, analysts said Toshiba needs to reach a deal within weeks if it wants to close the deal by the end of March and avoid a second consecutive year of negative worth.

Toshiba on Tuesday said its negative shareholder equity at the end of June was 504.3 billion yen.