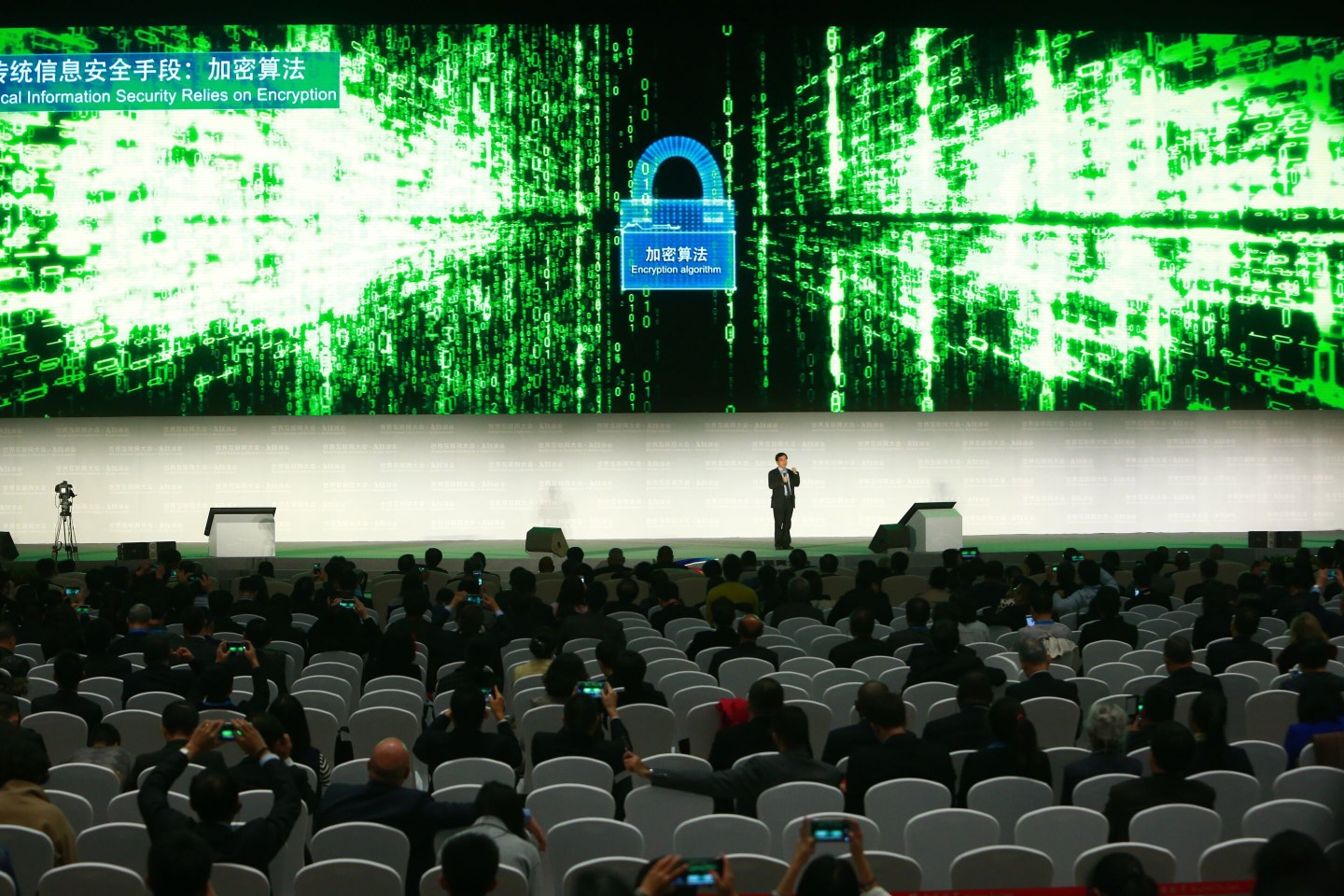 JIAXING, CHINA - NOVEMBER 16: A speech about the Quantum Communication Technology by Chinese Academy of Sciences is delivered during the Release Ceremony for World Leading Internet Scientific and Technological Achievements as part of the 3rd World Internet Conference (WIC) at Wuzhen Internet International Conference and Exhibition Center on November 16, 2016 in Jiaxing, Zhejiang Province of China. The 3rd World Internet Conference (WIC) - Wuzhen Summit kicks off at Wuzhen township on Wednesday and will last to Nov 18, in Zhejiang Province. (Photo by VCG/VCG via Getty Images)
VCG/Getty Images

China has set up its first “commercial” quantum network in its northern province of Shandong, state media said, the country’s latest step in advancing a technology expected to enable “hack proof” communications.

China touts that it is at the forefront of developing quantum technology. In August it said it sent its first “unbreakable” quantum code from an experimental satellite to the Earth. The Pentagon has called the launch of that satellite a year earlier a “notable advance.”

Now the country’s “first commercial quantum private communication network” has been setup for exclusive use by more than 200 government and official users in Shandong’s provincial capital Jinan, the official Xinhua news agency said late on Tuesday.

It did not elaborate on how the system would be commercially operated.

“Hundreds of pieces of equipment connected by hundreds of kilometers of fiber optics were installed within five months,” Xinhua said.

The network provides secure telephone and data communication services and is expected to be connected to a Beijing-Shanghai quantum network, the news agency said.

Quantum channels send messages embedded in light, and experts say that attempts to disrupt or eavesdrop on them would create detectable disturbances in the system.

Other countries, including the United States, have been working on their own quantum networks for years.