Jamie Dimon Thinks Bitcoin Is a ‘Fraud,’ But It Can Still Hit $100K 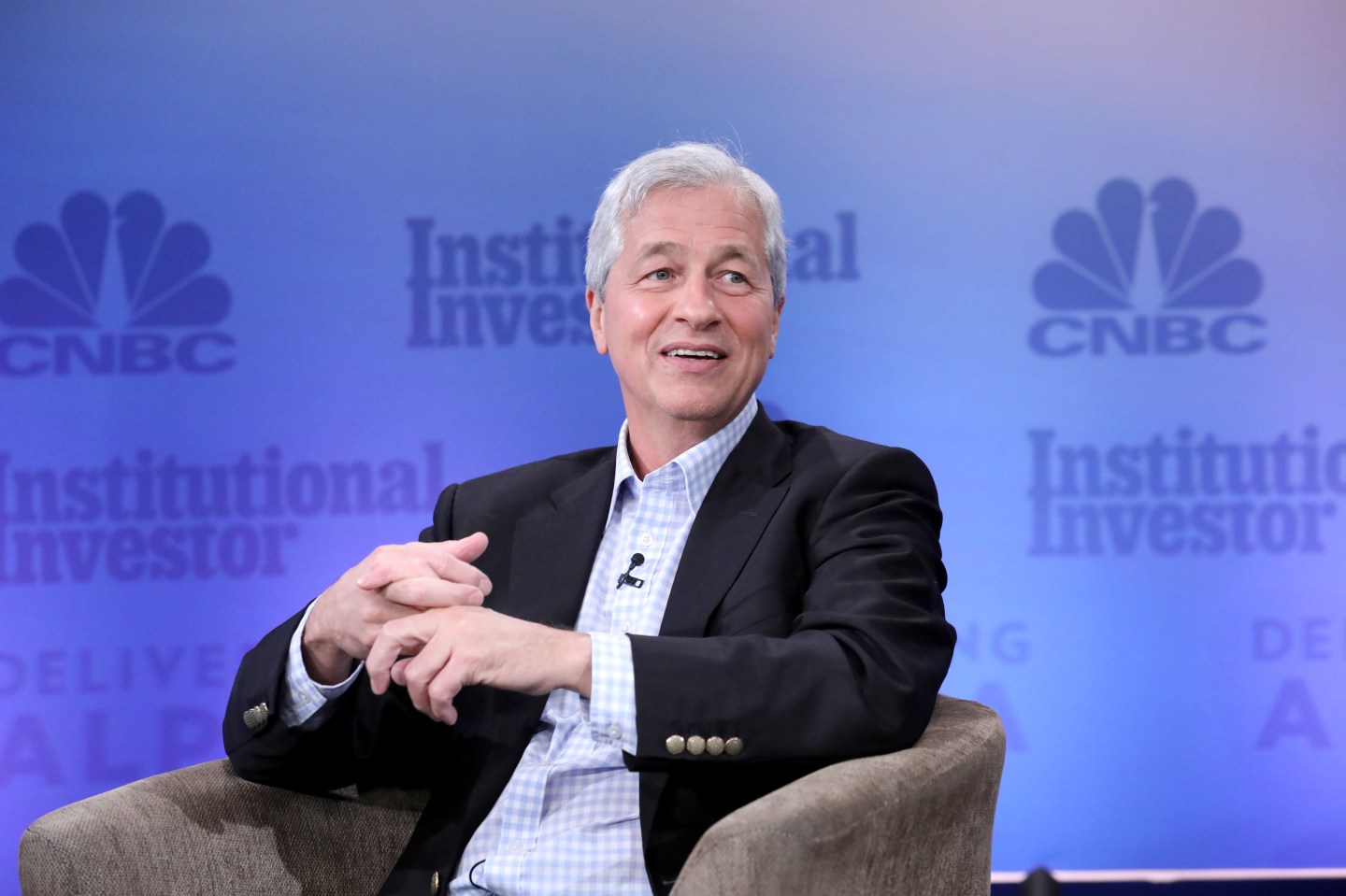 A “fraud” it may be, but Bitcoin could reach $100,000 before it collapses says J.P. Morgan CEO Jamie Dimon.

Appearing at a CNBC/Institutional Investor Delivering Alpha conference in New York Tuesday, the executive reiterated his dark view on cryptocurrencies in general, saying that “It’s not a real thing.” That came just moments after the CEO called Bitcoin a “fraud” at a Barclays event earlier in the day.

Dimon argued that governments will eventually crack down on digital currencies because cryptocurrency is suited for illicit use — or transactions by those in sanctioned countries like North Korea. Bitcoin shed some 2% on the news, falling to about $4,100.

“If you’re in Venezuela or Ecuador, or North Korea, you’re better off probably using Bitcoin than using their currency,” he said. “That can’t possibly be true in the United States unless you’re speculating, and that isn’t a reason to say something has value.”

Even if Dimon doesn’t see Bitcoin as a legitimate long-term play, the CEO acknowledges that it could one day reach a truly lofty valuation thanks to the euphoria surrounding it.

“I’m not saying go short… Bitcoin can go $100,000 a bitcoin before it goes down, so this is not advice on what to do, ” the chief executive said Tuesday. “I refer to it like the tulip bulb crisis.”

That comes as Bitcoin was reportedly banned by the Chinese government on cryptocurrency exchanges — leading the digital coin down from its all-time high of about $5,000. While Dimon acknowledges that bitcoin could reach $100,000, he also compares to the so-called Tulip mania phase of the Dutch Golden Age, in which excitement over tulip bulbs help make some varieties worth as much as a house in the 1630s.

“Eventually, it will be the emperor without clothes,” he said Tuesday, a sign that his call on the cryptocurrency perhaps even reaching $100,000 wasn’t exactly solid prediction of Bitcoin’s trajectory, but rather a hyperbole pointing toward just how volatile and unpredictable the investment could be. Earlier that day, Dimon said that Bitcoin could perhaps reach “$20,000.”

In perhaps a sign of just how excited investors have grown over bitcoin, three different investors at the conference Tuesday said that their relatives had begun investing in Bitcoin, or were at the very least highly interested in it.

Dimon noted that his daughter had bought some, while Tiger Fund CEO Julian Robertson said his son who was “very into Bitcoin” tried to teach him about the topic to no avail. At the same time, Starwood Capital CEO Barry Sternlicht revealed that one of his relatives was also trying to start a bitcoin-related hedge fund.

At any rate, Dimon’s assertion that Bitcoin could one day hit $100,000 will hardly please some advocates, who argue that the currency may eventually go mainstream.

In the same conference, venture capitalist Chamath Palihapitiya of the Social Capital refuted Dimon’s call on Bitcoin. The investor, who said he has been “massively long” bitcoin since 2012-13, said that governments would not be able to eliminate since it is a decentralized system. Eliminating bitcoin would require that government convince each and every person using the cryptocurrency that it is in fact worthless.

“The genie is out of the bottle,” Palihapitiya said.