Include U Challenge Day 10: Go Directly To Jail 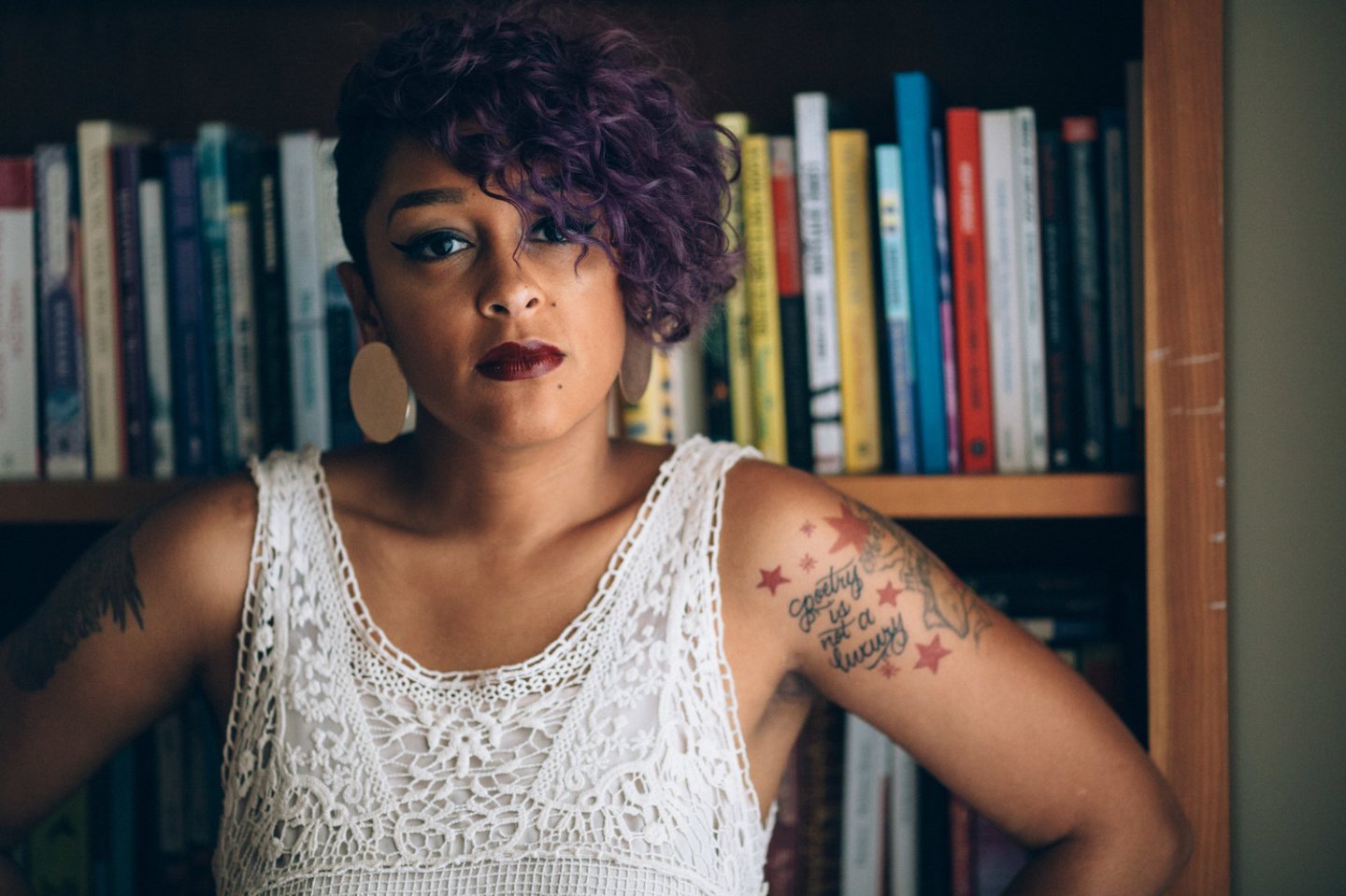 Fortune’s Include U Challenge for September 10:

As a sociologist of education, Eve Ewing focuses her research on racism, social inequity and urban poverty, specifically as it impacts the public schools and the lives of young people. She folds this work effortlessly into her art, where she consistently pulls off a remarkable balancing act: Illuminating difficult truths with a type of grace that enthralls and informs while encouraging a diverse audience to examine the world with new insight and courage.

In her latest book, a collection of art, poetry, and prose titled Electric Arches, Ewing delves into the rich experience of black girlhood, the sweet mundanities of elementary school, and throws in some lyrical sleights of hand involving Lebron James, and a walk through her childhood neighborhood in Chicago. In one visual piece, she conjured up a decoder ring to help the world understand what black girls are saying. In so many ways, Ewing functions as a decoder ring herself, in her work in the classroom, as an advocate, and in public on her Twitter feed.

“I have learned that people, especially white people, feel very shocked and even lied to or betrayed when they learn later in life about something they feel they should have learned as a child, especially human rights atrocities,” Ewing told Fortune last year. Ewing had asked her online followers a simple question. “If you could choose one historical struggle that many people don’t know about and have it be taught in schools, what would it be?” What followed was a crowd-sourced curriculum of historical events and a heartfelt discussion of missed opportunities to better understand the world. “It makes you realize that the narratives we receive about history are often very one-sided, or at best tend to represent the point-of-view of those who have the power to do the telling.”

For today’s challenge, Ewing asks that you read Martin Luther King’s “Letter from Birmingham Jail,” in its entirety.

Here’s a snippet to get you started:

I have almost reached the regrettable conclusion that the Negro’s great stumbling block in his stride toward freedom is not the White Citizen’s Counciler or the Ku Klux Klanner, but the white moderate, who is more devoted to “order” than to justice; who prefers a negative peace which is the absence of tension to a positive peace which is the presence of justice; who constantly says: “I agree with you in the goal you seek, but I cannot agree with your methods of direct action”; who paternalistically believes he can set the timetable for another man’s freedom; who lives by a mythical concept of time and who constantly advises the Negro to wait for a “more convenient season.”

“People often deploy Dr. King’s name as a sanitized symbol of some kind of post-racial society without actually reading or listening to his tremendous body of speeches, writings, and ideas,” says Ewing. “Dr. King was a prolific writer whose ideas about American society were much more radical than many people realize. [When you read “Letter from Birmingham Jail,”] you will discover that it’s a direct challenge to many critics of the Black Lives Matter movement or Colin Kaepernick, who are more concerned with propriety than with equality. It’s also a reminder that while Dr. King is now viewed as an American hero whose legacy is widely beloved and lauded, at the time his tactics were viewed as disruptive and criminal — which, of course, was the whole point. (I mean… he wrote the letter from jail for a reason.) I hope that [reading it] might invite everyone to think very carefully about the ways that their commitment to “order” (when order means a total lack of protest or social critique) makes the path toward real justice much more difficult.”