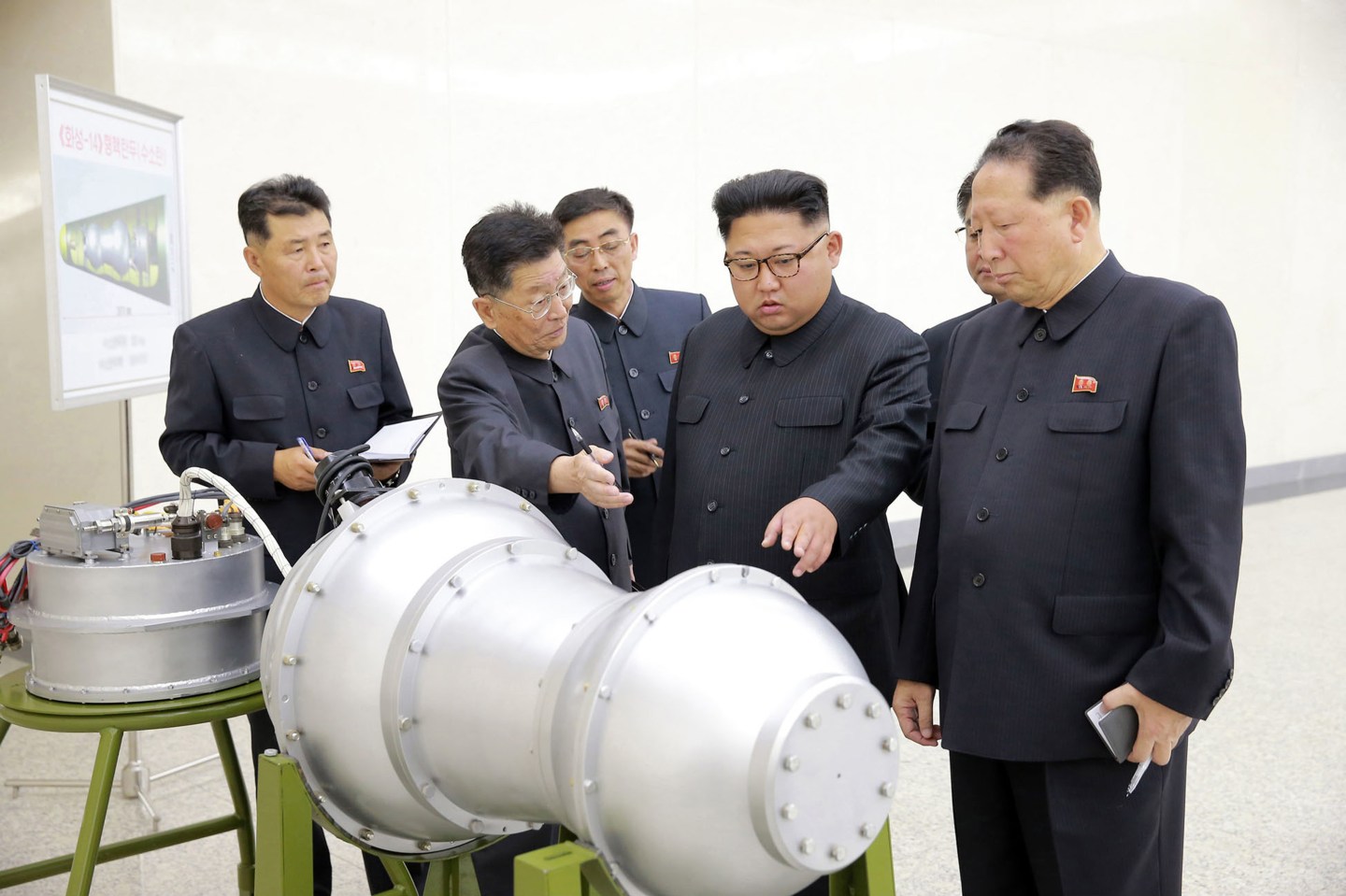 On Sept 3, 2017, Kim Jong-Un inspected the loading of a hydrogen bomb into a new intercontinental ballistic missile, a claim to technological mastery that some outside experts will doubt but that will raise already high worries on the Korean Peninsula.
Korean Central News Agency—Korea News Service/AP

Conducted on Sunday, the nuclear test created a powerful earthquake — and was found to be five or six times stronger than the nation’s most recent test in September 2016, according to the Associated Press.

A newsreader on North Korea television described the bomb as a “two-stage thermonuclear weapon” with “unprecedented strength,” calling the move a “complete success,” the AP reported. The test came after images of North Korean leader Kim Jong-Un speaking with his lieutenants while looking at what appeared to be a silver bomb.

“North Korea has conducted a major Nuclear Test,” Trump said in a post on Twitter on Sunday. “Their words and actions continue to be very hostile and dangerous to the United States.”

North Korea has conducted a major Nuclear Test. Their words and actions continue to be very hostile and dangerous to the United States…..

..North Korea is a rogue nation which has become a great threat and embarrassment to China, which is trying to help but with little success.

Last month, Trump threatened North Korea with “fire and fury” if it threatened the U.S. with nuclear missiles. Last week, however, North Korea launched a ballistic missile over Japan.

According to Seoul, nuclear test on Sunday resulted in an artificial 5.7 magnitude quake in Kilju, which is in the northern Hamgyong province where North Korea conducts its nuclear tests, according to the AP.

Early Sunday on Twitter, Trump called North Korea “a rogue nation which has become a great threat and embarrassment to China.”