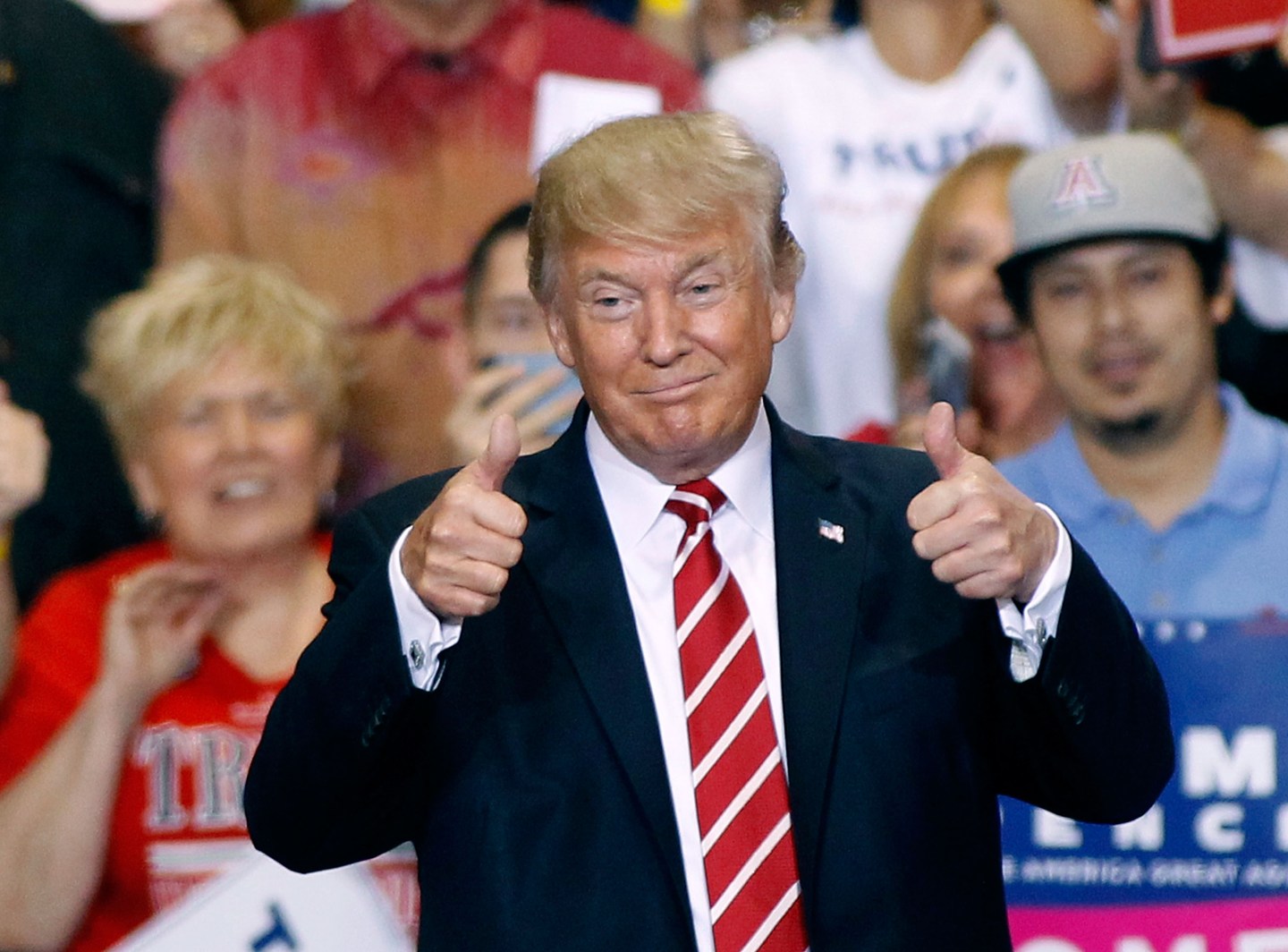 Technically, the President of the United States was correct.

He was correct that America’s gross domestic production growth never hit 3%, annually under President Barack Obama when speaking about his long-awaited tax reform before a crowd in Springfield, Mo. Wednesday. That comes after the U.S. Commerce Department said GDP growth had hit Trump’s 3% target in the second quarter.

“We just announced that we hit 3% in GDP, it just came out,” the president said.”On a yearly basis, as you know, the last administration, during an eight year period, never hit 3%. So we’re really on our way. If we achieve sustained 3% growth, that means 12 million new jobs and $10 trillion of new economic activity over the next decade. That’s some numbers.”

Take the Obama era for example. Between 2009 and 2016, GDP growth reached at or above 3% on a quarterly basis about eight times.

While its possible for President Trump to reach a 3% annual growth rate for 2017, most forecasters see GDP growth remaining modest over the next three years. Economists surveyed by Bloomberg expect GDP growth the hit 2.1% this year, 2.3% in 2018, and 2.1% in 2019.

The White House appears to be counting on 3% annual GDP growth to fund its tax cuts. The problem is, it’s unclear why the country, and indeed many developed nations, are growing more slowly than before.

One 2000 National Bureau of Economic Research study postulates that internet age innovations simply haven’t been as game-changing for the U.S. economy as say the introduction of electricity or air transportation in the past two centuries. Another 2016 NBER study meanwhile suggests that an aging U.S. workforce combined with slower population growth than in years past has also helped slow GDP growth.

Either way, it appears that there is no fast or easy pill for jumpstarting the economy.