What I Learned While Attending an Alcohol-Free Cocktail Party 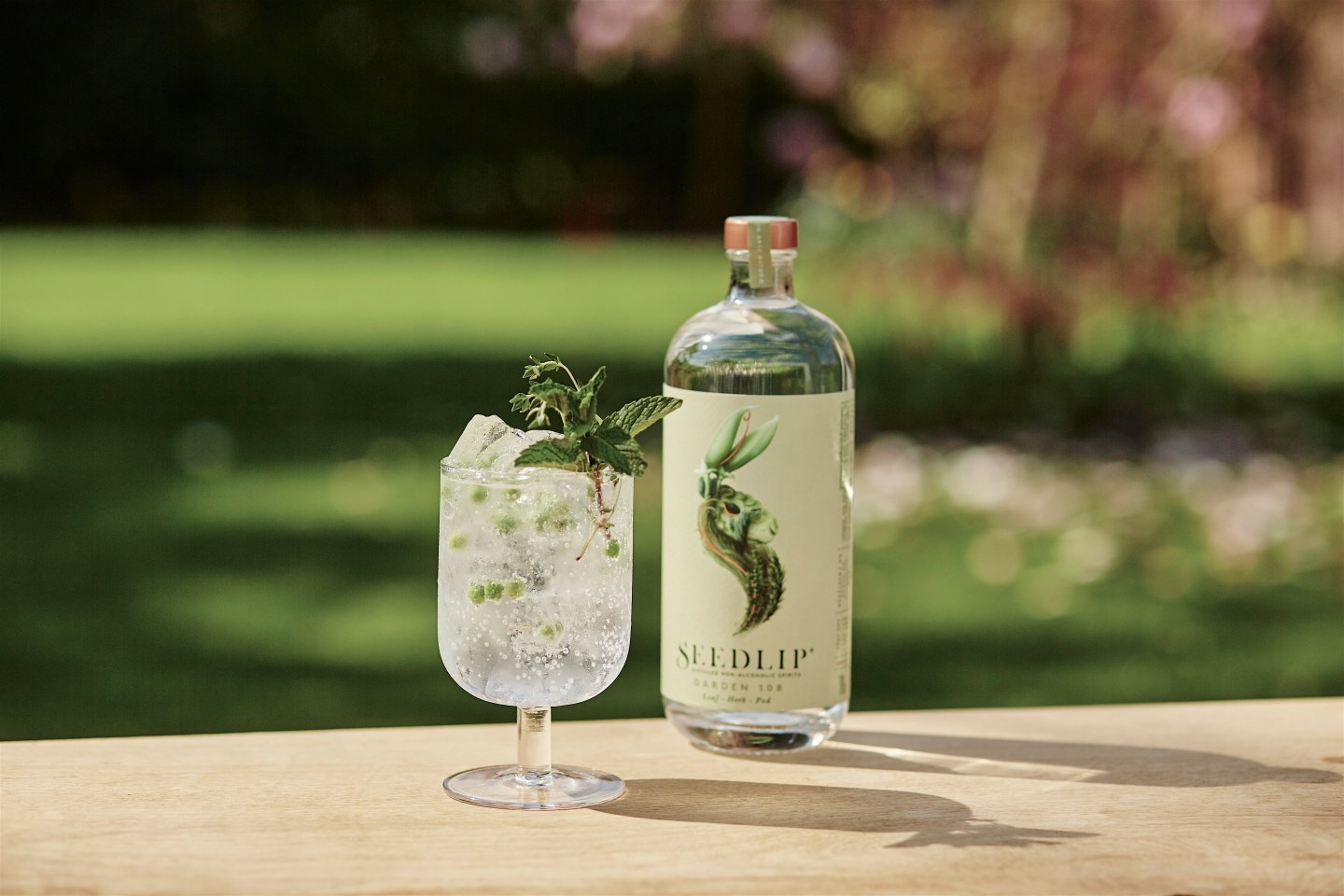 The atmosphere is like that of so many other product launches taking place across New York City. Waiters circle with bite-sized appetizers. There are charcuterie and cheese boards. Youngish, casually dressed professionals congregate around the room’s three bars.

The only missing component? Alcohol.

Which is kind of the whole point. The event, held at culinary website Food52‘s offices, has been thrown to celebrate Seedlip, “the world’s first alcohol-free spirit” created to solve “the dilemma of ‘What to drink when you’re not drinking.’”

New York’s premier mixologists (including Jack McGarry of Dead Rabbit and Adam Schmidt of PDT) are on hand to shake up alcohol-free “cocktails,” incorporating ingredients like almond blossom, elderflower, and cinchona. And Seedlip, of course. The spirit comes in two varieties: Garden 108, which tastes vaguely like a summer herbs, and Spice 94, which is more pine-y. Both form the base of light and refreshing drinks that yes, do taste eerily similar to a well-balanced cocktail.

If you’re anything like me your reaction to all of this is—why?

According to founder Ben Branson, the idea took root in the fall of 2013. At the time, he was living “literally in the woods with my dogs and with my taxidermy” in a cottage an hour and a half outside London. As he tells it, his days were spent painting, pressing flowers, growing herbs, and browsing the Internet for Medieval cookbooks. He started playing around with some of the recipes for non-alcoholic remedies. Four months later, at a bar in London, Branson tried to order a nonalcoholic cocktail (he is a lifetime non-drinker), the pieces fell into place: he would create a non-alcoholic spirit.

It’s a nice, if suspiciously neat, story. A former brand design consultant who has worked on major alcohol accounts, Branson knows the importance of a clear and consistent message. Seedlip markets itself as an artisanal, quirky, but above all else, natural, alternative to alcoholic cocktails. (As outlined in an earnest product description, it’s made with “harvested & individually cold macerated” ingredients, “distilled & then blended to capture nature’s true spirit.”) Branson’s serendipitous account of the venture’s origins reinforces this, as does his herb-loving hipster aesthetic (bearded and bespectacled, he’s featured posing next to a taxidermied fox on the company website.)

He also knows the importance of timing. Seedlip is capitalizing on the seismic shifts rippling through the food and beverage industry: a growing aversion to sugar, and a renewed focus on health, which often means cutting back on alcohol.

In New York City, as in many other cities and communities across the U.S., alcohol is tightly woven into the social fabric. It’s the starring element of office happy hours, birthday celebrations, picnics, and brunches. If you don’t drink you stand out, which is why many people order a soda or juice to avoid questions from colleagues and friends. Branson wants to provide a better option. He tells me solemnly that his mission is to “solve the problem of what to drink when you’re not drinking.”

These are grand terms for a rather minor inconvenience, but that doesn’t mean he isn’t on to something. Forty-four percent of the U.S. adult population said that they did not have an alcoholic beverage in the past month, according to a 2015 National Survey on Drug Use and Health. In response, major brewers including ABInBev and Heineken are turning to no and low alcohol beers to drive industry growth. Seedlip is backed by Diageo, the world’s largest spirit company, which makes Smirnoff, Johnnie Walker, and Captain Morgan, among many other brands.

Anecdotally, over the past few years Jack McGarry, of Dead Rabbit, has noticed an uptick in the number of customers ordering non-alcoholic cocktails: he estimates the bar sells around 50 to 75 of these drinks a week, despite the fact they aren’t officially advertised. (While the bar carries Seedlip, it does not feature the spirit in its menu as of yet.)

The main hurdle is price: a 700ml bottle of the stuff costs $40, while Seedlip-based drinks at a bar cost, on average, two-thirds the price of a normal craft cocktail, says Branson. In New York, that can easily set you back $12.

Branson is betting his target customers—professionals in their 30s who, for whatever reason (pregnancy, health, religious beliefs, financials), don’t drink, or are looking to cut back or stop—will find the trade a good one. More than a cocktail, he’s selling “the experience and the ritual of walking up to a bar, ordering a drink, and feeling as if you’re being looked after by the bartender.”

He’s not the only spirit brand to market its product as an experience; he’s just the first to do it without the alcohol.