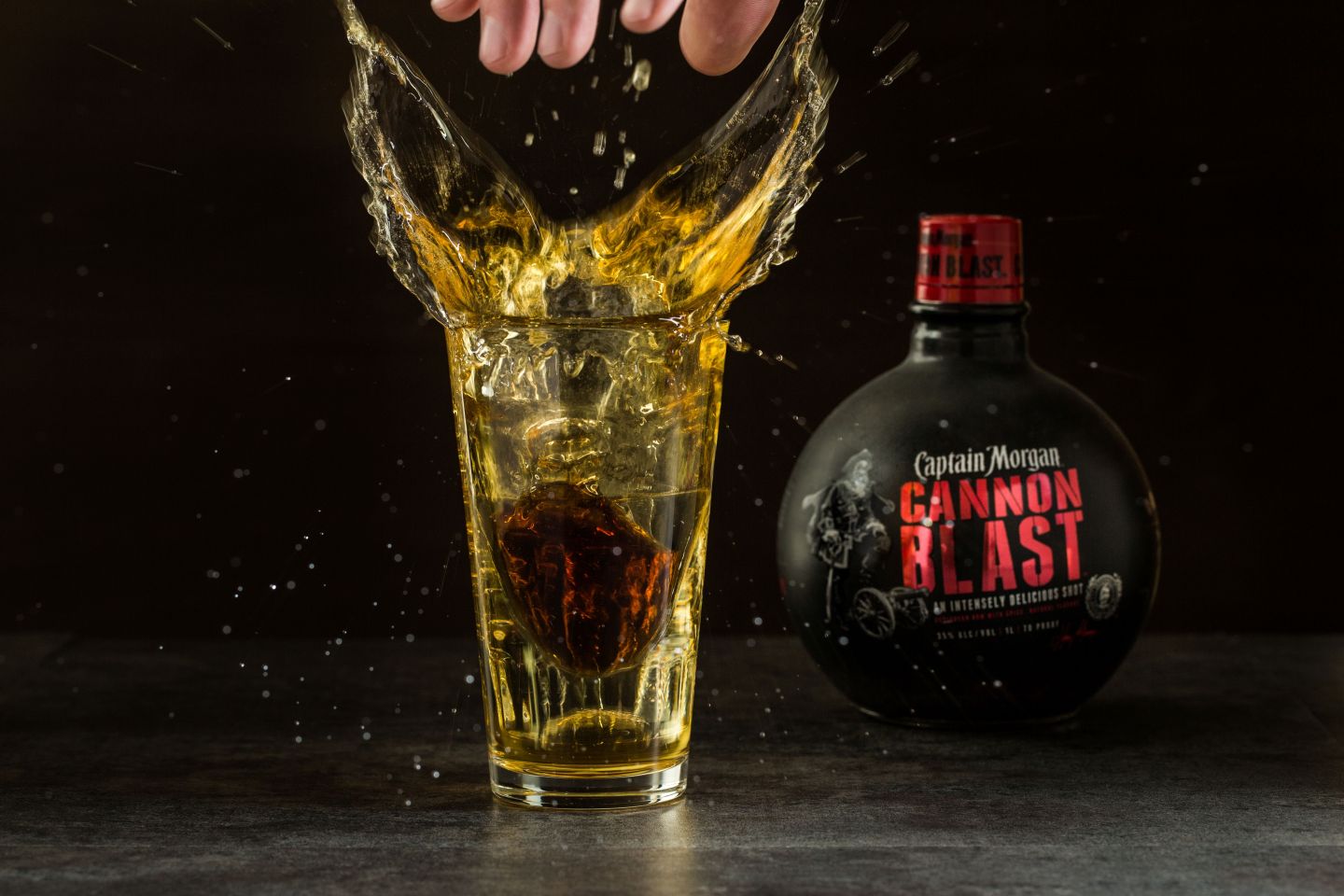 A few years ago, alcohol-beverage giant Diageo realized it had a problem. When Fireball-loving millennials wanted to take a shot, they weren’t downing the company’s Captain Morgan rum.

“Captain Morgan didn’t have an offering that appealed to [millennials], because it was always Captain and Coke in their minds,” Deirdre Mahlan, president of Diageo North America, told Fortune. To make a play for the so-called shot “occasion,” Diageo (DEO) developed new drinks, including Captain Morgan Cannon Blast, which it marketed as “the shot to end all shots.”

As strategies go, this one “sounds deceptively simple,” Mahlan admits. “But often times in this business, people are worried about how they can drive the category.”

Historically, big liquor companies like Diageo (owner of Smirnoff and Bulleit) and French rival Pernod Ricard (Absolut and Chivas Regal) developed their sales and marketing strategies around categories of alcohol. Essentially, teams were tasked with selling either whiskey or vodka or tequila, and a brand’s competitors remained firmly within its own subcategory of alcohol. For example, Bulleit always faced off against Jim Beam or a Jack Daniel’s, while Absolut went head-to-head with Tito’s, Belvedere, and Grey Goose.

Today, this strategy is shifting. Drinkers, particularly younger ones, no longer define themselves by always ordering Bud Light, or Absolut, or Jack Daniel’s. Instead, alcohol industry executives say millennials are comfortable migrating between all three alcohol categories—wine, spirits and beer—and are less loyal to individual brands and price points.

“The way that people engage and socialize is changing, so we need to make sure we think about how our brands show up in social media and restaurants,” said Mahlan.

Pernod Ricard is also rethinking how it approaches brand building. Last year, the company announced a reorganization intended to deliver stronger sales growth in the U.S.—as much as 4% to 5% increases for the top line. As part of the overhaul, the company’s marketing teams went from a brand-focused approach to an occasion-based strategy, or what Pernod Ricard CEO Alexandre Ricard likes to call the “five key moments of conviviality.”

In the U.S., these distinct “occasions” include: Let Loose, High-End Drinks, Hanging Out, Out to Impress, and Sharing a Drink. Absolut, one of Pernod Ricard’s pricey spirits brands, is a good fit for the “Let Loose” category, and so its marketing positions the vodka as the order of choice when drinking out with friends at a nightclub or bar. Absolut isn’t aiming to just beat out other vodkas. Instead, it wants to outshine all other alcoholic beverages drinkers might choose for their “Let Loose” evening of fun.

So far, the strategy appears to be working — Pernod Ricard’s organic sales in the U.S. increased 5% for the first six months of the current fiscal year.

This experiential marketing now extends to how alcohol brands court members of the press and social media “influencers.” Industry parties have never been swankier: the popular hip hop group The Roots performed at an event for Stella Artois, Macallan Scotch Whisky sent members of the press on a swanky helicopter ride last year, and earlier this month Rémy Martin debuted a mixed reality campaign on the champagne region where the cognac is made.

“If you look at the 90s, people were looking for a nice logo,” said Eric Vallat, global CEO of Rémy Martin. “Then, there was a search for authenticity, which is why craft is booming.”

But that’s no longer enough: “Millennials want even more,” he continued. “They don’t just want brands that have a nice product.”