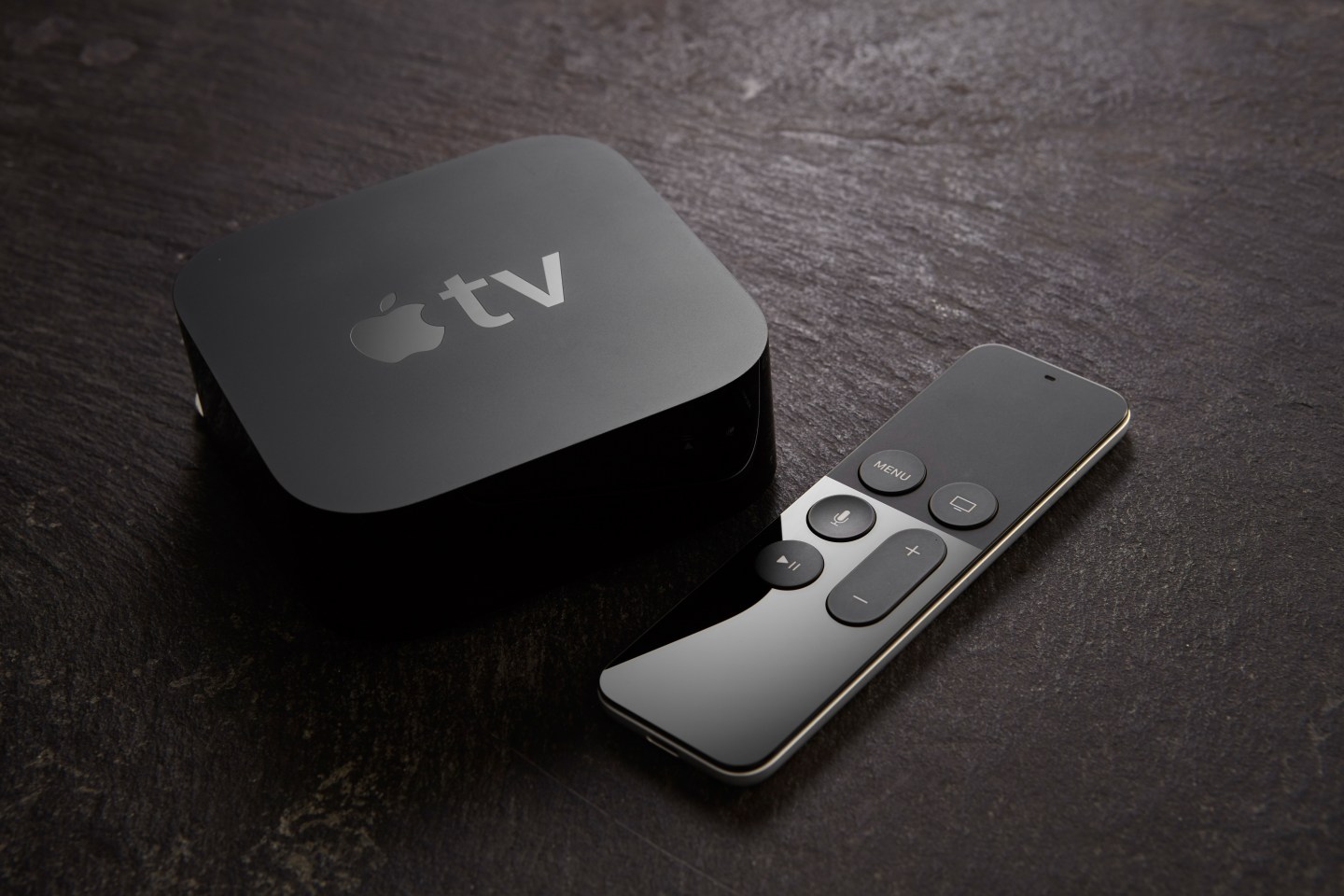 Apple is planning to unveil a renewed focus on the living room with an upgraded Apple TV set-top box that can stream 4K video and highlight live television content such as news and sports, according to people familiar with the matter.

The updated box, to be revealed alongside new iPhone and Apple Watch models at an event in September, will run a faster processor capable of streaming the higher-resolution 4K content, said the people, who asked not to be identified because the plans aren’t yet public. The 4K designation is a quality standard that showcases content at twice the resolution of 1080P high-definition video, meaning the clarity is often better for the viewer. Apple is also testing an updated version of its TV app, which first launched in 2016, that can aggregate programming from apps that already offer live streaming.

Apple is seeking to revive its video ambitions with the new product. Apple TV trails devices from Roku Inc., Amazon.com Inc. and Alphabet Inc.’s Google in the U.S. set-top box market share with only 15 percent as of the end of March, according to a survey this month from Parks Associates. Apple Chief Financial Officer Luca Maestri told Bloomberg News earlier this year that Apple TV sales had declined year-over-year in the 2016 holiday quarter. The iPhone maker has also lagged behind companies such as Amazon and Netflix Inc. in developing scripted shows and other video content.

In order to view 4K video, users will need to attach the updated Apple TV to a screen capable of showing the higher-resolution footage. Many recent TV models from Sony Corp., LG Electronics Inc., and Samsung Electronics Co. offer 4K output. The new box will also be able to play content optimized for TVs capable of playing High Dynamic Range (HDR) video, which produces more accurate colors and a brighter picture. In February, Bloomberg News reported that a 4K Apple TV model had gone into testing. An Apple spokeswoman declined to comment.

Apple, the world’s most valuable company, relies on the iPhone for more than half of its annual revenue. Its services business, which includes the App Store and Apple Music, is its fastest growing unit and generated 16 percent of the company’s sales in the most recent quarter.

At its developers conference in June, Apple Chief Executive Officer Tim Cook said “you’ll be hearing a lot more about tvOS later this year,” referring to the Apple TV’s operating system. Cook also announced that Amazon Prime Video will be supported by the Apple TV beginning later in 2017. Apple last updated the Apple TV box in 2015 with a new remote control, an App Store and support from its Siri voice assistant. It added new software features, including the TV app, last year.

In order to play 4K and HDR content, Apple will need deals with content makers that can provide video in those formats. The Cupertino, California-based technology giant has begun discussions with movie studios about supplying 4K versions of movies via iTunes, according to people familiar with the talks. The company has also discussed its 4K video ambitions with content companies that already have apps on Apple TV, another person said. Popular video apps on the Apple TV that support 4K on other platforms include Vevo and Netflix.

Apple has also been working on its own content. The company has rolled out video series to its Apple Music service, including Planet of the Apps and Carpool Karaoke. Apple plans to invest an additional $1 billion in creating original video content, Bloomberg News reported earlier this month.

The new Apple TV will come as part of a major product blitz planned by the iPhone maker for this holiday season. The company is planning three new iPhone models, including a premium model that includes a 3-D facial recognition sensor for unlocking the phone, as well as a new Apple Watch that can connect to LTE cellular data networks, Bloomberg News has reported. Earlier this year, Apple rolled out upgraded iPad models with improved screens and Macs with faster processors. Apple will end the calendar year with the release of a new iMac desktop geared toward professionals and the HomePod Siri-controlled speaker, the company said in June.