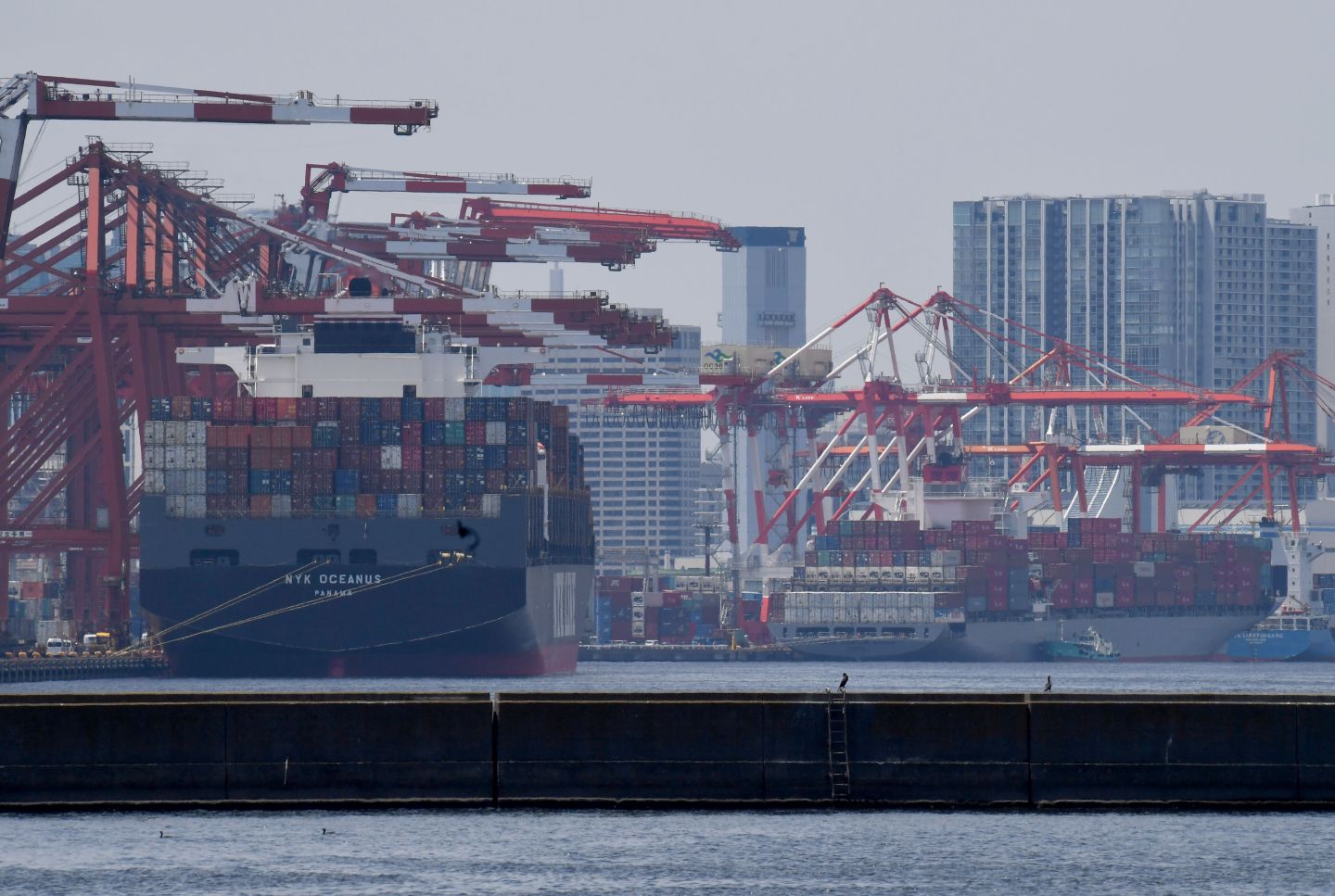 TOKYO — Japan’s exports rose for an eighth straight month in July on robust shipments to the United States and a boost from a weak yen, suggesting the economy is carrying strong momentum through to the second half of the year.

The data underscores the Bank of Japan’s view the world’s third-largest economy is showing increasing signs of strength as private consumption adds momentum to an export-led recovery.

Imports rose for the seventh straight month on brisk demand for personal computers and digital cameras from China, highlighting the strength of domestic consumption that served as a key driver of Japan’s economic growth in the second quarter.

“Exports aren’t particularly strong in volume terms but will gradually recover ahead. The import figures, on the other hand, underscore the strength of domestic demand,” said Takeshi Minami, chief economist at Norinchukin Research Institute.

Japan’s trade surplus has been a target of criticism by U.S. President Donald Trump’s administration, which has called for cutting the U.S. trade deficit under his protectionist “America First” policies.

Total exports increased 13.4 percent in July from a year earlier, Ministry of Finance data showed on Thursday, roughly in line with a median market forecast for a 13.6 percent gain.

The rise, which followed a 9.7 percent increase in June, was driven by solid auto shipments to the United States and demand from China for electrical equipment, the data showed.

But the gain in exports was more modest in volume terms at 2.6 percent, suggesting the value of exports was inflated by the yen’s declines during the month.

Total imports were up 16.3 percent in July from a year earlier, roughly in line with a median market forecast for a 17.0 percent gain. It followed a 15.5 percent rise in June.

Shipments to Asia were up 14.8 percent in July from a year earlier, while those to China rose 17.6 percent to mark a ninth straight rising month.

Japan’s manufacturing activity grew in July at the slowest pace in eight months as export demand weakened, a private survey showed earlier this month, casting some doubt on the strength of Asian trade.

For more on the Japanese economy, see Fortune’s video:

Japan’s economy expanded at the fastest pace in more than two years in the second quarter as consumer and company spending picked up, highlighting a long-awaited bounce in domestic demand.

Negative external demand, or exports minus imports, shaved off some growth in the quarter as shipments of information-technology goods to Asia slowed, though many analysts expect exports to remain firm in coming quarters.