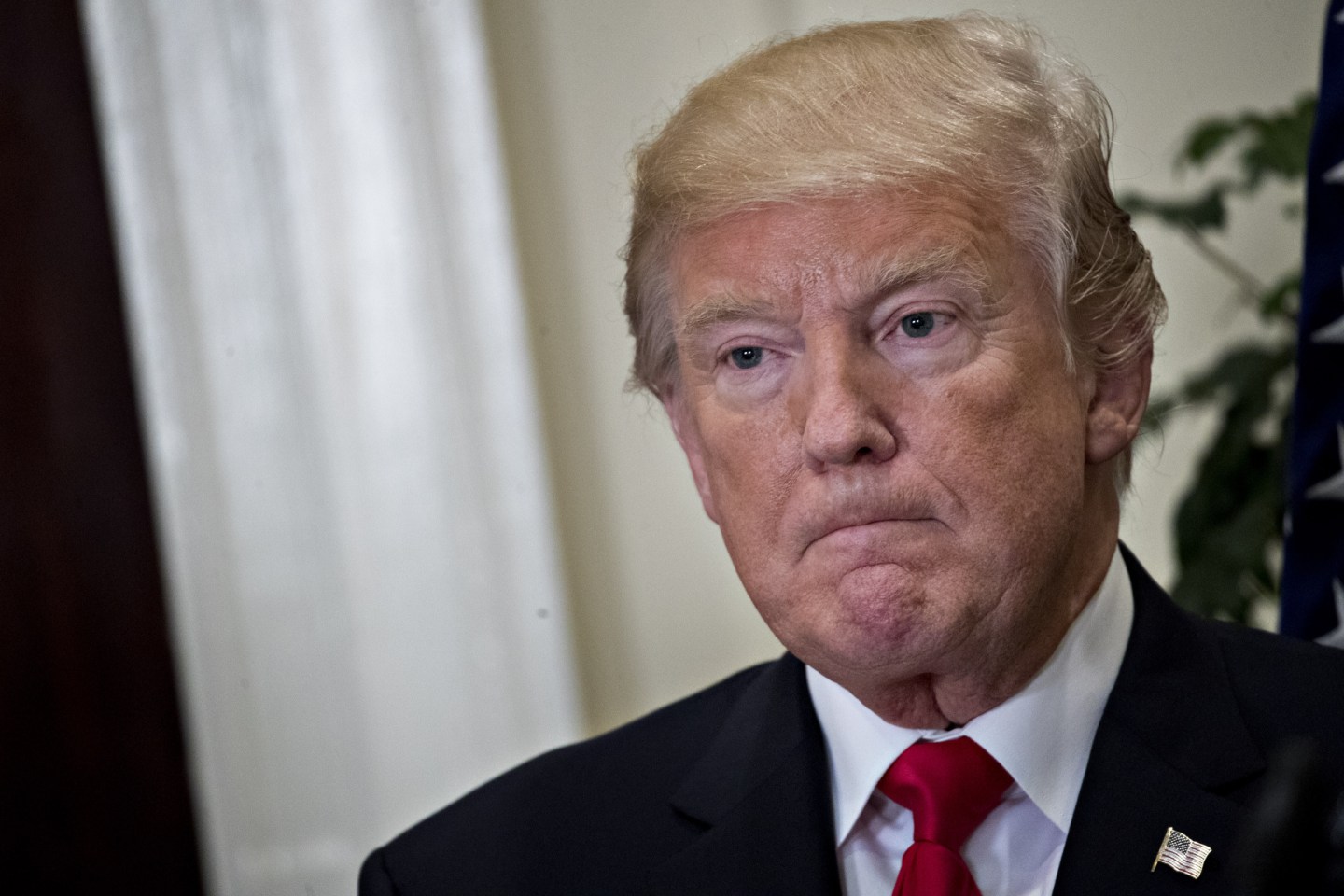 During his campaign for president, Donald Trump boasted of business prowess, vowing to bring in top executives to help him revive the economy and to personally lobby corporate chiefs to keep jobs in the U.S.

Those CEOs are now abandoning him in a humiliating snub for a president who took great pleasure in summoning corporate titans to the White House and trying to get them to bend to his will.

After widespread criticism for remarks that appeared to confer legitimacy on white supremacists, Trump is facing a mass exodus of the CEOs he once courted, a public repudiation that undermines his image as a businessman and could threaten his policy agenda on everything from taxes to trade.

Trump said Wednesday he’s disbanding two advisory groups of American business leaders, after several CEOs quit this week and more were preparing to resign in the wake of his comments that some “very fine people” were among neo-Nazis protesting at a violent rally in Charlottesville last weekend.

The week’s events threaten to forever tarnish Trump’s credentials as a business president, undermining a foundation of his political appeal and weakening the Republican party’s core alliance with business interests for as long as he leads the party. The political damage compounds the risk the GOP faces in 2018 midterm elections.

On Thursday, the Cleveland Clinic announced that “after careful consideration,” it wouldn’t hold its annual fundraiser at Trump’s Mar-a-Lago resort in Florida in 2018. The clinic’s board had been under pressure after almost 1,700 medical students, doctors, nurses and others criticized its use of Mar-a-Lago in an open letter last month. Holding a hospital fundraiser there “symbolically and financially supports a politician actively working to decrease access to health care and cut billions of dollars in research funding,” the letter said.

Cleveland Clinic CEO Toby Cosgrove had served on the President’s Strategic and Policy Forum before Trump disbanded it.

Trump opened his presidency highlighting his relationships with titans of industry, regularly bringing in camera crews and reporters to show the nation a president leading discussions that included some of the best-known names in business. The American Manufacturing Council and Strategic and Policy Forum, both disbanded Wednesday, were each heavily promoted during the first days of his presidency, as the White House sought to show its focus on boosting the economy.

Business leaders would often flank the president in the Oval Office as he signed legislation and announced new orders.

With the Republican party in control of the White House, and both houses of Congress, the constant stream of business executives visiting the West Wing was presented by the White House as evidence that Trump’s agenda for boosting the economy was in full swing.

Now, as Congress has struggled to pass legislation during the Trump era, the chaos surrounding the White House has served to further undermine Republicans’ image in the eyes of a risk-averse business community, according to strategists and experts.

Graham Wilson, a Boston University professor who studies the intersection of business and politics, said the scale and depth of feeling in opposition to Trump’s statements is too large for executives to ignore.

“Standing with Trump at this moment, after his bizarre comments, is just too costly for corporations,” Wilson said. “This signal from corporate America could also have a broader impact on public opinion and the loyalty of core Republicans to Trump.”

Some business-oriented Republicans who had been “swallowing very hard over some of Trump’s stranger statements” now may break away, Wilson said.

Republican officeholders must not just condemn the violence by white-supremacist groups, they must repudiate the position Trump has taken or “slide into the moral abyss with him,” said Republican strategist Steve Schmidt, who was a top adviser for 2008 presidential nominee John McCain.

“Republicans who believe that the possibility of tax reform outweighs the urgent civic necessity of condemning white supremacy extremism and Nazism are as morally obtuse as Trump and are likely to pay a very steep political price,” he said.

The public spat between Trump and CEOs comes as the White House and the Republican-led Congress are looking to advance an overhaul of the tax code.

“I don’t see any business that’s going to want to partner with the president on an initiative,” said Leslie Dach, a strategic communications consultant in Washington. “Because the chance of it bringing them grief is large and the short-term upside is slim.”

Even before the controversy surrounding his statements about the events in Charlottesville and the collapse of the economic council, Trump’s standing in Gallup’s daily tracking poll was already near an all-time low for his presidency. Just 36 percent of Americans said they approve of the job he’s doing, while 58 percent disapprove, in the poll taken Aug. 13-15.

Kevin Madden, a Republican strategist who was a senior adviser to Mitt Romney in the 2012 presidential campaign, said all is not lost for Trump and his relations with corporate America.

“The community still has an interest in collaborating on an economic agenda, but they are certainly sending a message,” Madden said. “This is a different era, where businesses and CEOs are as focused on communicating their company’s values in addition to caring about their bottom line.”

To the extent businesses back Trump initiatives, it is now more likely to be transactional: one-time support for specific policies that directly help them. Conversely, Trump, who has pushed policies on immigration and trade that are unpopular in the business community, could also see more executives willing to speak out against him when they disagree with his agenda, said Gutierrez.

The blow up may be a sign of things to come. The reality is that the capital has become more challenging terrain for corporate leaders, who take great pains to stay away from controversy, as populists squeeze out pro-business moderates in both the Republican and Democratic parties.

“Washington, whether it is on the right or the left, is a risky place right now,” said Sam Geduldig, a former Republican congressional aide and now a partner at CGCN Group, a lobbying firm. “It is not a place for the weak or the timid.”