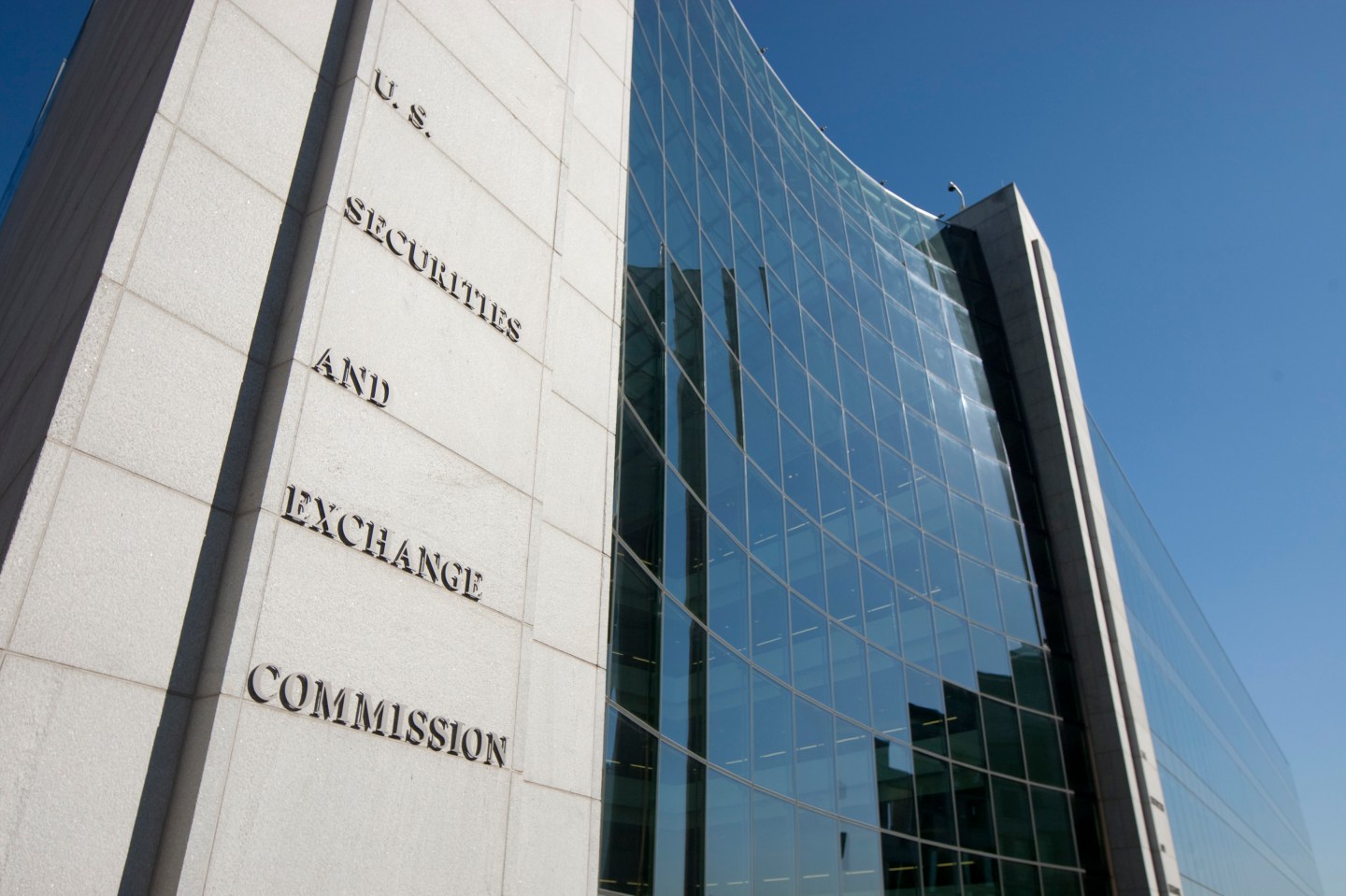 The U.S. Securities and Exchange Commission headquarters stands in Washington, D.C., U.S., on Wednesday, Oct. 21, 2009. The SEC may halt the expansion of the fastest-growing stock networks in the U.S. with rules to improve transparency in so-called dark pools. Photographer: Andrew Harrer/Bloomberg
Andrew Harrer—Bloomberg/Getty Images

U.S. authorities on Wednesday announced insider trading charges accusing seven people of generating more than $5 million of profit based on tips from a Bank of America (MMF) employee about dozens of pending corporate transactions.

Daniel Rivas, who was the alleged tipper and later worked at Royal Bank of Canada, and James Moodhe, the father of Rivas’ girlfriend, both pleaded guilty to charges of fraud, conspiracy, and making false statements to Federal Bureau of Investigation agents.

The other five defendants were arrested separately on Wednesday, and charged in a 54-count indictment. All seven defendants face related U.S. Securities and Exchange Commission civil charges.

Prosecutors said Rivas, who worked in Bank of America’s capital markets technology group, leaked material nonpublic information about potential mergers, acquisitions and tender offers involving clients and prospective clients more than 50 times to co-conspirators, who then traded on the tips.

The trading occurred in three overlapping schemes between August 2014 and April 2017, involving transactions such as the takeovers of St. Jude Medical Inc by Abbott Laboratories and Monsanto Co by Bayer AG, authorities said. Thirty transactions were involved, the SEC said.

Rivas, 32, of Hasbrouck Heights, New Jersey, was fired by Bank of America in April, and has now been suspended by RBC, according to spokespeople for the respective banks.

RBC has “a zero-tolerance approach to infractions of the law or of our code of conduct,” spokeswoman Sanam Heidary said in an email.

Rivas’ lawyer did not immediately respond to requests for comment.

Prosecutors said the romantic relationship between Rivas and his girlfriend was a catalyst for the trading, and that as the relationship progressed, “so did the frequency with which Rivas and Moodhe spent time together, including at Moodhe’s house.”

He in turn passed on tips to his friend Michael Siva, 55, of West Orange, New Jersey, who worked at a brokerage firm and made several hundred thousand dollars, authorities said.

Other defendants include Rivas’ friends Roberto Rodriguez, 32, of Miami Gardens, Florida; Rodolfo Sablon, 37, of Miami, and Jhonatan Zoquier, 33, of Englewood, New Jersey. The remaining defendant is Jeffrey Rogiers, 33, of Oakland, California, a friend of Zoquier.

A lawyer for Sablon said he is reviewing the indictment. A lawyer for Zoquier declined to comment. Lawyers for the other defendants did not immediately respond to requests for comment.