She Started as a Teller. Now She’s the Highest-Ranking Woman in Banking 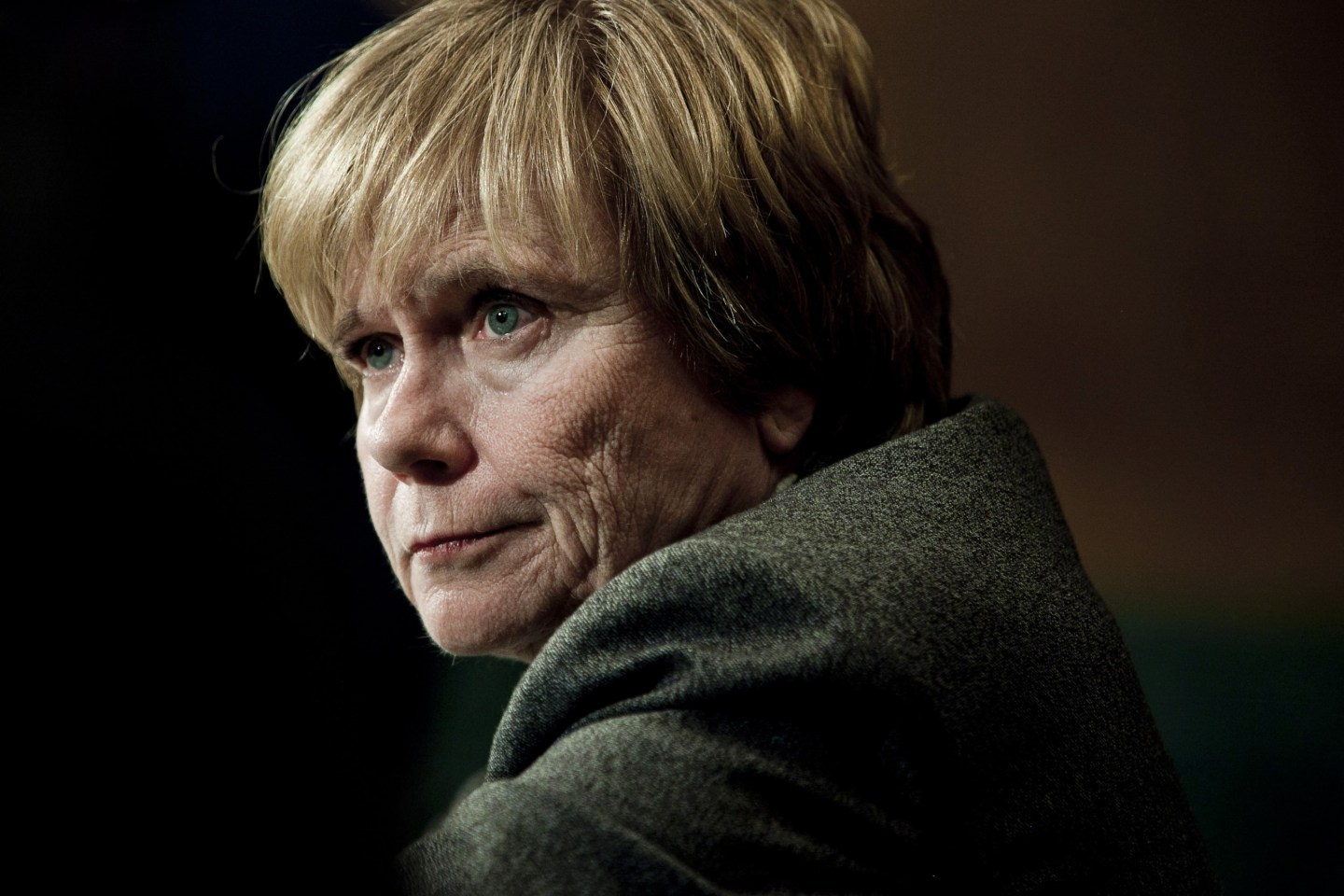 Betsy Duke was working in a Virginia Beach dinner theater in the mid-1970s, struggling to make ends meet, when she applied for a job at a dry cleaner. It turned her down. Instead, she became a part-time teller.

On Tuesday, Wells Fargo & Co. named her the first woman to oversee one of the largest banks in the nation. She will become chair of the lender’s board at the start of next year, capping one of the most epic climbs — by man or woman — into the financial industry’s top echelons. Her career already included a stint as a Federal Reserve governor, starting on the brink of 2008’s financial meltdown. This time, she will supervise a management team contending with scandal after scandal.

“Walking into the middle of a crisis is not new to me,” she said in a phone interview Tuesday. With executives already enacting a plan to overhaul the bank, “it’ll be my job to communicate between the board and management, and to make sure that our oversight is as strong as it can possibly be,” she said.

Duke, 65, is succeeding Stephen Sanger as part of a broader board overhaul, in which he and two other directors are leaving following scandals on their watch. Sanger, a member of the board since 2003, became the lender’s chairman less than a year ago when John Stumpf stepped down from both that role and as chief executive officer. At the time, lawmakers were assailing the bank for opening millions of accounts without customers’ permission.

Last month, calls for further changes on the board intensified after more scandals erupted in the bank’s auto-loan operations. Regardless, Sanger wasn’t likely to remain its leader for much longer. He’ll turn 72 before the next annual meeting, and the bank requires directors to retire by that age.

While Duke has deep roots in community banking, she also understands the perspective of U.S. watchdogs after spending five years as a governor at the Fed.

“She exudes real credibility not only with investors and her fellow board members, but also regulators,” Mary Jo White, the former head of the Securities and Exchange Commission, said in an interview. White, now a partner at law firm Debevoise & Plimpton LLP, oversaw the board’s annual self-evaluation.

But Duke’s initial passion was acting.

After graduating from the University of North Carolina in 1974 with a degree in drama, Duke landed a non-singing role in a Cole Porter musical at a dinner theater, and a second job on Sunday afternoons serving beer and all-you-could-eat flounder. She eventually took a third job, as a drive-up teller. The aspiring actress caught the banking bug.

She soon landed a full-time job at Bank of Virginia Beach, where she met her mentor, then-CEO Burt Harrison, as well as her future husband, Larry Harcum. Along the way, she earned an MBA at Old Dominion University.

That bank was sold in the mid-1980s, and the trio started another, Bank of Tidewater. When Harrison died of a heart attack on a golf course in 1991, Duke took charge the next day and led the bank through its already-begun acquisition of branches from failed lenders in the savings and loan crisis.

A decade later, she sold the bank to SouthTrust, becoming an executive there. When Wachovia Corp. bought that company in 2004, she stayed on.

That year, she became the first woman to chair the American Bankers Association since its founding in 1875. A few years later, President George W. Bush nominated her to the Fed board just as global credit markets were starting to seize up. Chairman Ben S. Bernanke swore her in just a few minutes before the start of her first meeting on the Federal Open Market Committee on Aug. 5, 2008. Duke told the committee she hadn’t seen such low confidence in banking since the S&L crisis in the early 1990s and warned that lenders didn’t have enough capital.

A month after she joined, Lehman Brothers Holdings Inc. collapsed. Shortly after, her old firm, Wachovia, was bought by Wells Fargo.

Duke “brought a practical banker’s perspective,” Bernanke recalled in his book on the crisis. He described her as “friendly and good-hearted, but blunt when she needed to be.”

Things seemed like they would be relatively quiet when she joined Wells Fargo’s board in January 2015. Profits were climbing steadily, and the stock was on a long tear, almost doubling over the prior three years, making Wells Fargo the world’s most valuable bank. But behind the scenes, executives were struggling to rein in abuses in the branch network.

For years, employees had been opening unauthorized checking and deposit accounts. Some were angling for bonuses. Others were worried they would lose their jobs if they couldn’t hit untenable sales targets. The whole debacle exploded in public view last September when Wells Fargo agreed to pay $185 million in fines. At congressional hearings, lawmakers from both parties took turns lambasting the bank.

Duke wasn’t on the board during much of the misbehavior, but was part of the bank’s leadership criticized for being slow to recognize the problems and respond to the severity of the scandal. The board ultimately clawed back pay from executives and promoted then-Chief Operating Officer Tim Sloan to CEO. He’s repeatedly promised to rebuild trust.

Duke praised his work so far.

“I don’t think you could have brought in somebody from the outside that’s more committed to change than Tim’s been — or more effective,” she said. “He’s been relentless on it.”

Wells Fargo ranks third by assets among the nation’s six giant banks, none of which have had a female chair or CEO. Over the years, Duke has come to embrace her role breaking glass ceilings — though she was reluctant at first. At the American Bankers Association, she tried to play it down, she said.

“I thought it would make it seem like I was only the chairwoman because they wanted the first woman — something stupid like that,” she said. “After I got done, I realized that that was truly a mistake. It’s really important to embrace being a role model of high visibility positions for women.”