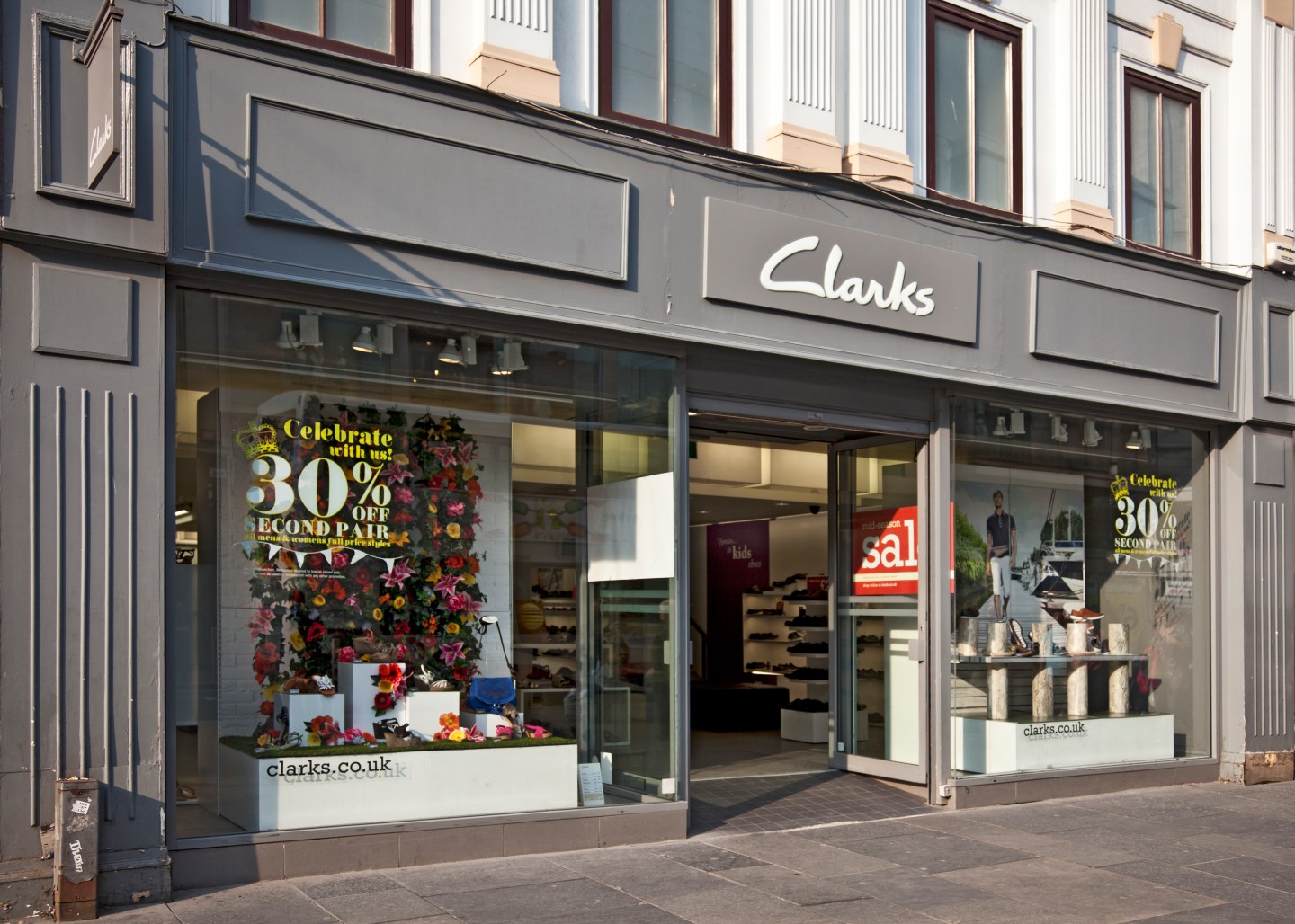 Glasgow, Scotland, UK - April 19, 2011: Frontage of a Clarks shoe shop in Argyle Street in central Glasgow. Clarks is an international footwear manufacturer and retailer, founded in 1825 and headquartered in Somerset, England.
SoopySue—Getty Images

British shoemaker Clarks, known for its thick-soled comfort kicks, is being accused of “everyday sexism” after releasing kids’ school shoes with gendered names.

The company called its girls’ school shoe—a Mary Jane style with a pink, heart-printed insole—the “Dolly Babe.” The boy version of the shoe—a lace-up style imprinted with a soccer ball—is called “Leader.” The shoe names that perpetuate long-held gender stereotypes have prompted so much outrage from parents and politicians that Clarks has yanked the Dolly Babe from its website, though it’s still available on Amazon.

“We are working hard to ensure our ranges reflect our gender-neutral ethos,” Clarks said in a statement to the BBC. “We apologize for any unintended offense caused.”

Miranda Williams, a councillor and cabinet member for children and young people in southeast London, was one of the first to call Clarks out on its sexist branding.

As Williams’ tweet made the rounds, other politicians weighed in, including Scottish First Minister Nicola Sturgeon.

It is almost beyond belief that in 2017 a major company could think this is in any way acceptable. Shows what we are still up against. https://t.co/3C7Nop8o1E

The naming controversy came as customers also questioned the quality of Clarks’ boys’ shoes versus its girls’ versions. Customer Jemma Moonie-Dalton criticized the brand’s girls’ shoes as “not comfortable” and “not suited to outdoor activities in British weather.” Boys’ styles, meanwhile, are “sturdy, comfortable and weather proof with soles clearly designed with running and climbing in mind,” she said.

The offending shoes – before they disappear from your website. pic.twitter.com/WYvETanJqa

“What messages are you giving to my daughter? That she doesn’t deserve shoes that put her on equal ‘footing’ with her male peers? That she should be satisfied with looking stylish whilst the boys are free to play and achieve in comfort?” Moonie-Dalton wrote in a Facebook post that has been shared nearly 18,000 times.

This is not the first time Clarks has faced accusations of sexism. Customers waged similar complaints against the brand last year, with one viral post calling its girls’ shoes “fussy and impractical” unlike the “sensible, practical, durable ranges designed for boys.” The company responded to that round of backlash by vowing to develop more unisex shoe styles and make its website more “gender neutral.” That promise didn’t shield the company from the same criticism this back-to-school season.

The furor over Clarks’ gendered shoes comes just weeks after Britain’s advertising watchdog group announced that it will ban sexist ads, such as spots that depict women as solely responsible for cleaning or ones that show men as clumsy parents. “Our review shows that specific forms of gender stereotypes in ads can contribute to harm for adults and children,” said Ella Smillie, the lead author of the group’s report on the topic. “Such portrayals can limit how people see themselves, how others see them, and limit the life decisions they take.”