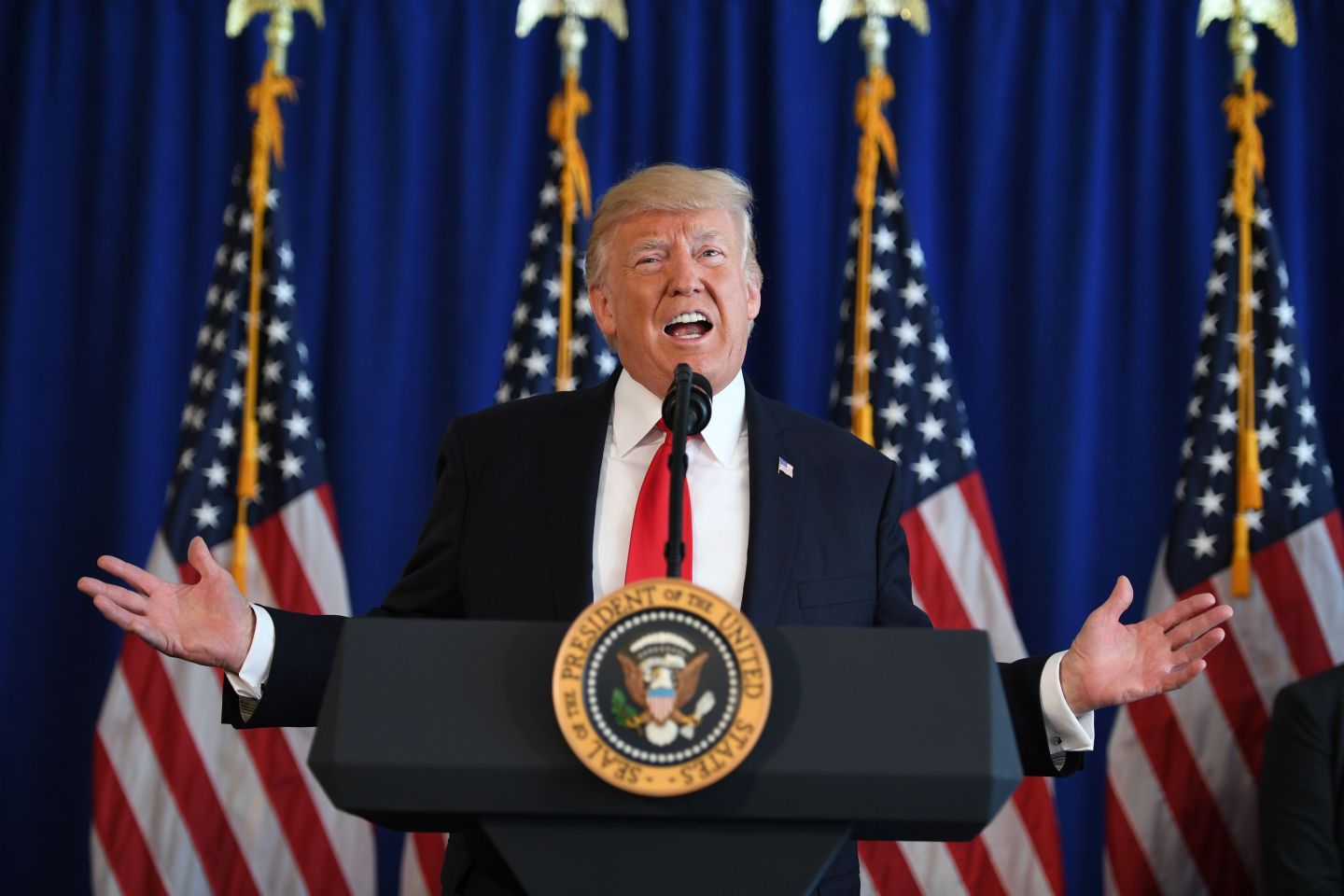 Violence broke out during the “Unite the Right” rally led by white nationalists Saturday. At least one person died, and at least 19 were injured after a car struck a group of counter-protesters, the Associated Press reported.

“You’re going to have immediate medical care for our veterans,” Trump said.

Trump did not take any questions after signing the legislation.