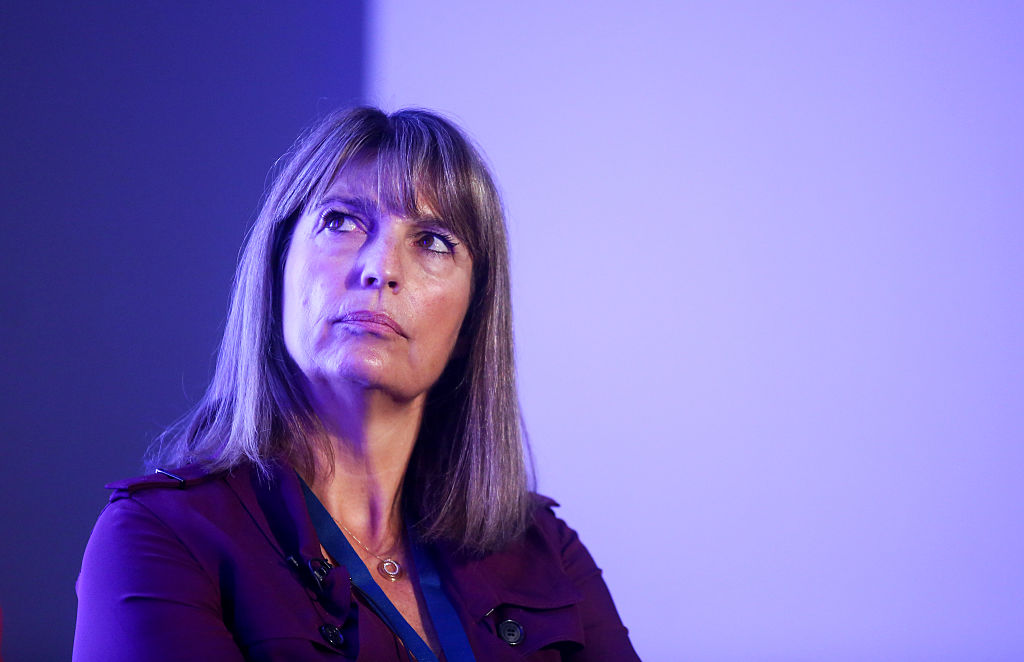 A version of this article first appeared in Fortune‘s World’s Most Powerful Women newsletter. Subscribe here.

A report on FTSE 100 CEOs published Thursday underscores the blatant gender imbalance in the number of female versus male CEOs at U.K.’s largest public companies. The report, based on fiscal year 2016, makes a point of mentioning that there were actually more men named David—eight—and men named Steve or Stephen—seven—among the top CEOs than there were female chief executives—six.

It also revealed a pay gap between what those women earned on average, compared to their male counterparts.

According to the report by High Pay Centre and the Chartered Institute of Personnel and Development, there were six female chief executives in the index—Whitbread’s Alison Brittain, Kingfisher’s Veronique Laury, Imperial Brand’s Alison Cooper, Severn Trent’s Liv Garfield, Royal Mail’s Moya Greene, and EasyJet’s Carolyn McCall— in fiscal year 2016, but they earned just 4% of the total pay. (Emma Walmsley became CEO of GlaxoSmithKline after the timeframe of the report.) The 94 male CEOs earned an average salary of £4.7 million last year while women CEOs were paid £2.6 million on average. Of the women, Cooper took home the largest pay check worth £5.5 million.

All told, men on the list—on average—earned 77% more than their female counterparts.

The report’s finding comes amid other high-profile equal pay battles at the Financial Times and the BBC, and it clearly illustrates—says report co-author Peter Cheese—a pay disparity at the top.

“Quite rightly this issue of fairness is increasingly being called out and this needs to be addressed at all levels of businesses,” Cheese, chief executive of the Chartered Institute of Personnel and Development, told the Guardian.