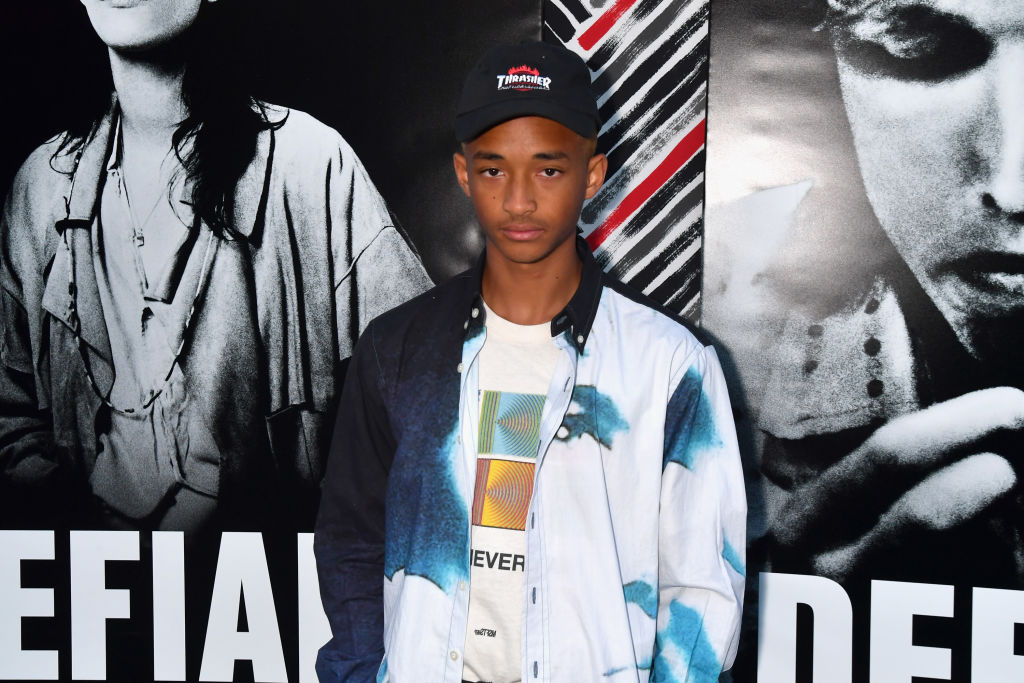 A bottled water startup co-founded by teen heartthrob Jaden Smith is suing Hampton Creek Inc. over a trademark dispute. The suit could jeopardize the Just Mayo maker’s efforts to reform its image after a long year of scandals.

Just Goods Inc., which sells water in fully recyclable cartons, claims Hampton Creek changed its logos and marketing in a way that violates an agreement the two companies signed in 2014. Just Goods alleges that Hampton Creek revised its brand to emphasize the word “just” after encountering legal or marketing difficulties in the course of its business, according to a complaint in San Francisco state court filed about a month ago.

Hampton Creek declined to comment on the suit, which hasn’t been previously reported.

The conflict stems from a change made to Hampton Creek’s website and packaging in May. The company changed its web address to eatjust.com and the logo on the website to “just.” Hampton Creek, which sells cookies, cookie dough, mayo and salad dressings made without animal ingredients, relabeled its products to prominently feature the new logo.

In its June 30 complaint, Just Goods said the brand revision breaks the 2014 agreement. A contract, signed by Hampton Creek CEO Joshua Tetrick, stipulates that the food maker must adhere to a previous design, with cursive and smaller font, unless it receives permission from Just Goods, according to the suit. Just Goods uses an all-uppercase logo that says “JUST,” while Hampton Creek’s is lowercase.

Just Goods had expressed frustration to Tetrick in recent months that customers were confusing the brands and discomfort with the controversies surrounding the eggless mayo startup, said people familiar with the discussions, who asked not to be identified discussing ongoing legal matters.

Smith, a child star who is the son of actors Will Smith and Jada Pinkett Smith, conceived the Just Water product in 2012 with Drew Fitzgerald, a former record label executive. Jaden Smith has said the product is better for the environment because the bottle is made from paper and sugarcane. Paparazzi have frequently captured the 19-year-old toting Just Water bottles. Entertainers Calvin Harris, Lionel Richie and Queen Latifah are among those listed as advisers to Just Goods, which plans to introduce flavored beverages and healthy snacks this winter.

Hampton Creek touts a celebrity roster of its own. The company has received endorsements or investments from billionaires, including Bill Gates, Vinod Khosla, Li Ka-shing and Peter Thiel. Hampton Creek has said music producer Russell Simmons is a supporter, and the bassist from No Doubt was seen this year touring the company’s San Francisco headquarters. The six-year-old business has raised some $220 million from venture capitalists.

But Hampton Creek has been hit by a wave of controversy in the last year. It faced U.S. government inquiries after Bloomberg reported last year on an effort to buy back the company’s own products from stores, which created the appearance of heightened sales. Hampton Creek said the inquiries concluded without action. At least 15 executives and senior employees have departed in the last year. The startup has recently struggled to raise funding, saw its products pulled from shelves at Target Corp. and lost every member of its board except the chief executive officer.